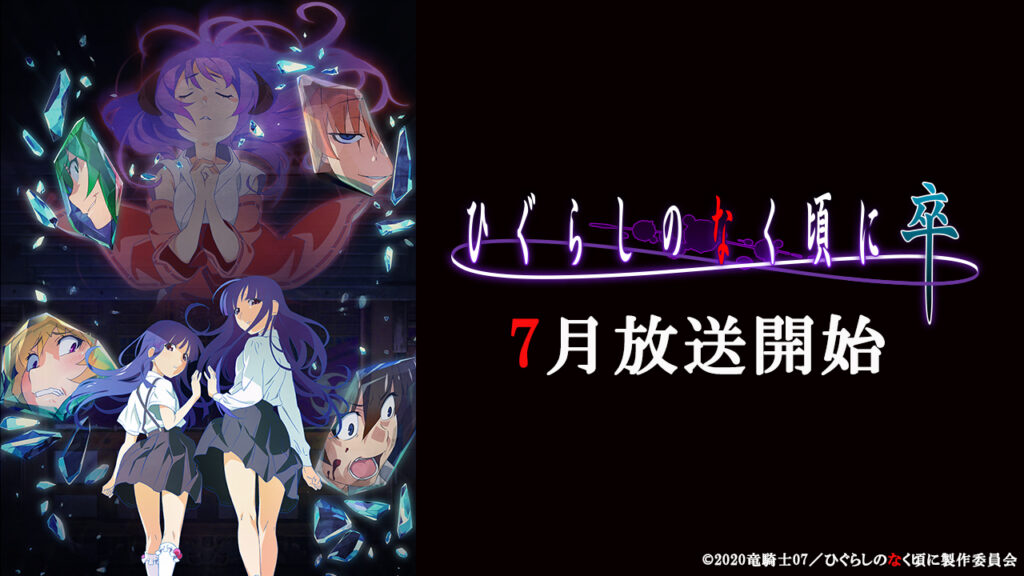 In a shock move at the end of the latest episode of Higurashi When They Cry: Gou, Studio Passione has announced that a season 2 by the name of ‘Sotsu’ is on the way!

When a Higurashi anime remake was first announced, many fans (including myself) couldn’t believe that 07th Expansion’s original sound novel was being given another chance at adaptation, therefore hopefully overcoming the mistakes of the past. And now we’re being given even more!

Titled Higurashi When They Cry: Sotsu, this second season of sorts is actually scheduled for July, meaning that we won’t have to wait long to see what happens after that killer cliffhanger ending. There is reason to believe, however, that this won’t be another full set of 24 episodes: Gou was actually recently listed on one Japanese broadcaster’s website as being 36 episodes, meaning that this is most likely the remaining 12. Still, another cour is more than welcome.

If you put the two kanji for Higurashi Sotsu (卒) and Gou (業) together, you get sotsugyou (卒業) or ‘graduation.’ This could suggest that we might actually see Rika and Satoko graduate from St. Lucia’s Academy in this second season, despite all the trouble they’ve faced so far. Alternatively, it could refer to a ‘graduation’ of these characters, meaning that they won’t appear in TV anime again. The possibilities are endless.

Regardless, the point is that more Higurashi is coming, and that can only be a good thing. One of my main concerns as Higurashi Gou careened towards an ending was that there was so much left unexplained and so many characters left undeveloped, but Higurashi When They Cry: Sotsu might help rectify that. Plus, we might get that fabled Umineko anime remake at the end of it, if we offer our prayers to Oyashiro-sama right!

@higu_anime on Twitter
Higurashi: When They Cry GouStudio Passione
Join Our Discussions on Discord
Join Now