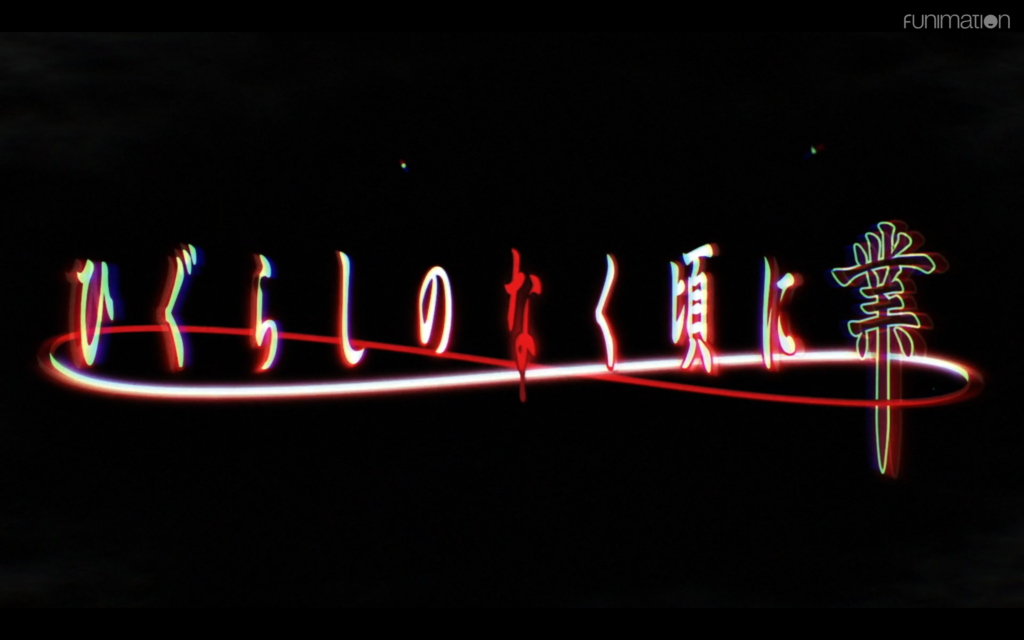 Higurashi: When They Cry Gou. That is the new title of the new Higurashi anime, which aired its second episode yesterday. Watching that second episode was like a revelation: everything that I said in my initial review suddenly became irrelevant, and it became clear that the series was much more than it first appeared. Indeed, it may even no longer be a remake.

But first, we should deal with the title change. Along with the announcement that the new series would be called Gou, it was announced that the subtitles for episode 1 and episode 2 were ‘Onidamashi-hen.’ This is significant as the initial arc that we were all convinced Higurashi Gou was remaking is called ‘Onikakushi-hen,’ signifying that it is similar but different.

In terms of the meaning, ‘damashi’ means ‘to deceive’ or ‘to cheat,’ which seems appropriate considering the wool that Higurashi Gou had pulled over our eyes. ‘Gou,’ too, means ‘karma’ or ‘destiny’ – a key theme of the Higurashi and, indeed, When They Cry series as a whole. 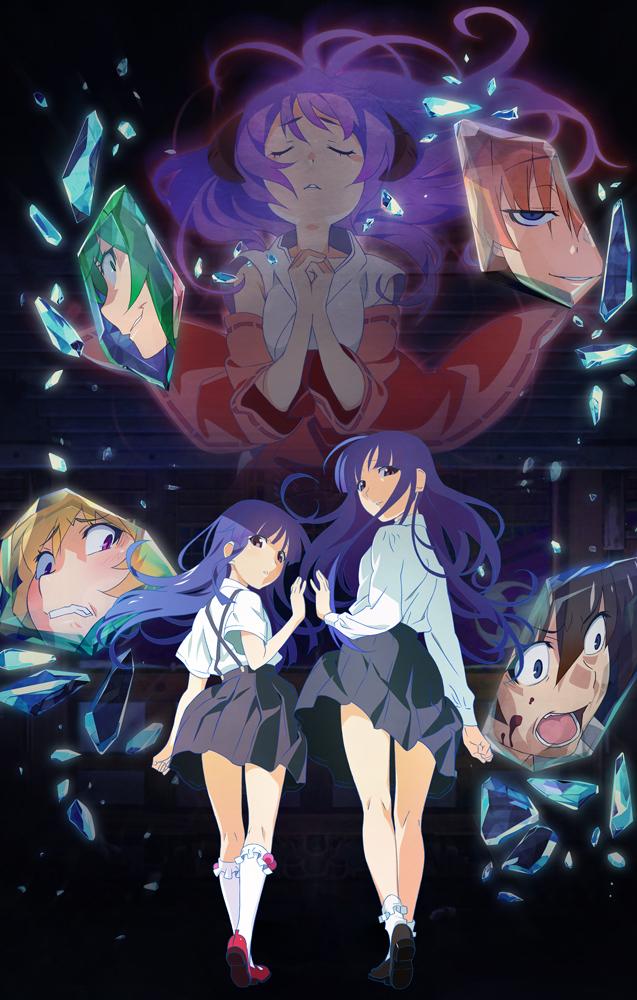 Featured above is the new key visual for Higurashi Gou, which depicts two versions of the character Rika, older and younger. Again, this is significant as (spoilers for the original Higurashi series ahead) Rika actually appears as an adult at the end of Higurashi: When They Cry Kai, suggesting that this is indeed a continuation.

Further evidence came at the beginning of episode 2, when Rika wakes up in the Meta-World (a dimension representing multiple realities in the When They Cry universe) and complains to Hanyuu about “having to repeat it again.” To a certain extent, the seeds were already planted at the end of last week, but no one – including myself – expected them to sprout in such a fashion. Where things go from here on out will be fascinating to see. 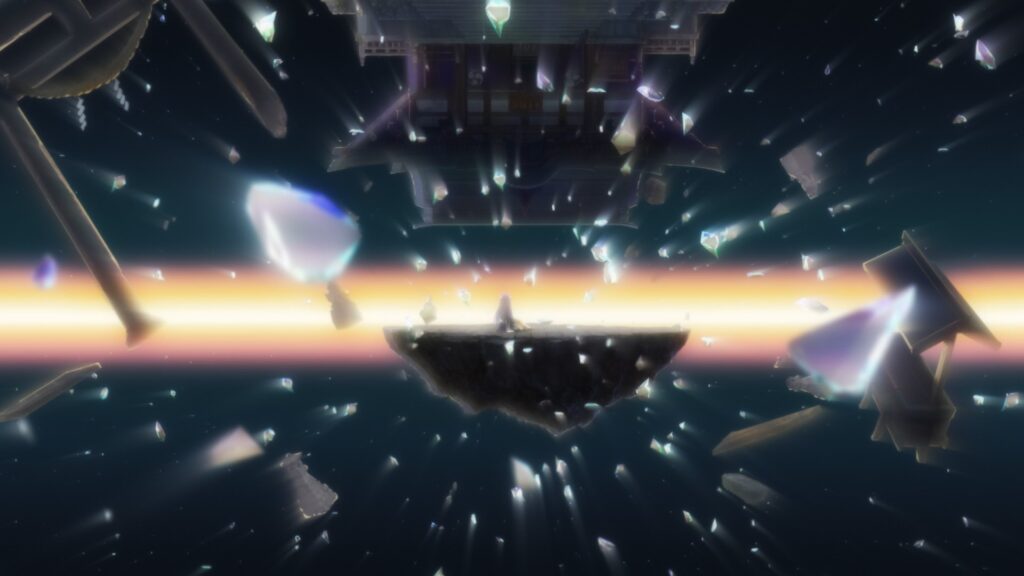 The question is, however, where could a Higurashi sequel possibly lead? Since the original sound novel’s release in 2001, dozens of arcs have been created touching on many different questions. There aren’t many mysteries that have been left unanswered.

The answer may come by way of several glimpses of Umineko content in the OP and ED. Between the Ushiromiya mansion and Featherine’s silhouette possibly being featured, it seems more than possible that Higurashi Gou could act as a meeting point for the wider When They Cry universe. If that truly is the case, then I’d be very excited to see it.

Higurashi: When They Cry Gou is currently streaming via Funimation.