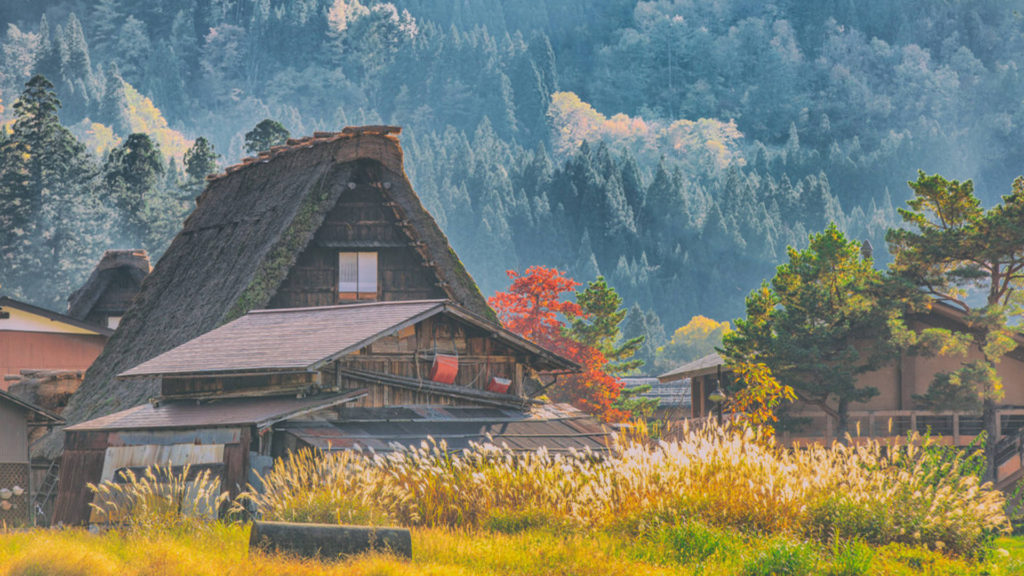 Halloween may have come and gone, but there’s still plenty of opportunities to visit scary places even out of season. And what could be scarier than the real-life inspiration for Hinamizawa of the notoriously terrifying Higurashi no Naku Koro ni series?

The village of Shirakawa was famous long before the Higurashi series came around, thanks to the abundance of traditional thatched-roof houses that have made it into a UNESCO Heritage Site, but it certainly never had a sinister air to it before the advent of Higurashi, in which author Ryukishi07 used photos of the village and many of its actual locations for his fictional village of Hinamizawa.

Thankfully, the village has embraced this reputation, and as a result, welcomes a large proportion of anime tourists along with ‘normal’ tourists. But now, with the release of Higurashi no Naku Koro ni: Hou on Nintendo Switch and PlayStation 4 – which brings together all of the main eight episodes alongside other, extra episodes into one package – the village is hosting a new stamp rally that will allow fans to explore the iconic locations from the series, while also receiving a limited edition badge featuring Hanyu. You can check out the map and badge below:

The route starts in the tourist information center where you will receive your stamp sheet before embarking on a trail with a six stops where you will stamp your sheet. Shirakawa is a small village, so it shouldn’t take you long to complete, but the objective of the route is not to simply race around, but to take in the beautiful vistas – and maybe even snap a few pictures of Higurashi-esque locations on the way.

Shirakawa village is located in Gifu Prefecture, just north of of Nagoya, and is pretty easy to get there from my own experience. All relevant information can be found via the village’s official website. The stamp rally will be running for around a month, from November 5 to December 10, so if you’ve always wanted an excuse to go check out this incredible piece tourism, both in a historical and otaku sense, then now is the perfect time.

‘Ciconia When They Cry’ and ‘Umineko Saku’ Delayed to September, Creator Outlines Production Problems and Anxieties