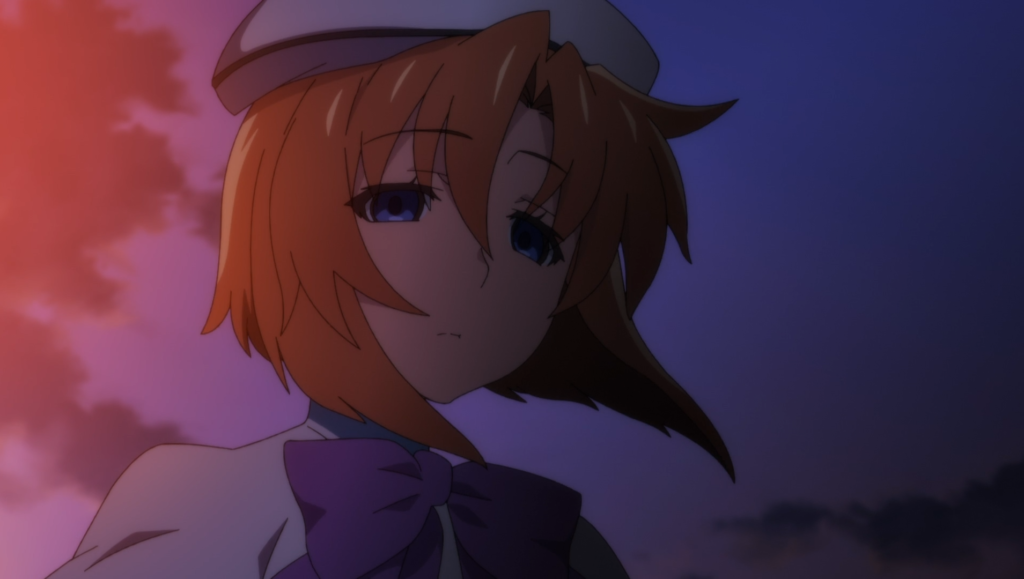 I had high hopes for Higurashi: When They Cry – NEW. Perhaps somewhat naively, I hoped that Studio Passione’s 2020 adaptation might right some of the wrongs of the previous, 2006 anime, while also updating the visuals and character designs for the modern day. Several aspects of episode 1, however, have me thinking that this may or may not be a shameless cashgrab.

Perhaps the most galling aspect of Higurashi: When They Cry – NEW episode 1 for someone like me, who has consumed both seasons of Studio DEEN’s original anime and the original sound novel by 07th Expansion, was the fact that it follows pretty much beat for beat the first episode of the original adaptation.

True, there are some things that are different – the club is introduced by way of a scavenger hunt instead of a card game, and there are several nods to the audience as to the true nature of Rika’s character – but, on the whole, it is very much the same.

To a certain extent, this was to be expected. Studio Passione might have wanted to ease the audience back into the world of Hinamizawa, and the staff was no doubt inspired by DEEN’s original adaptation. Yet, on the whole, it makes Higurashi: When They Cry – NEW episode 1 feel quite uninspired: for every change that was made, there are countless other moments where things are exactly the same.

It even uses the same OP song at the very end, which just felt like a kick in the teeth.

The one thing that is very different about Higurashi: When They Cry – NEW episode 1 is, of course, the character designs and overall visual presentation. Some people have argued that Akio Watanabe’s work takes away from the oppressive atmosphere and mystery that surrounds the series, but I have to disagree – not only do I think that nostalgia plays a large part in giving some people rose-tinted glasses, the strength of Watanabe’s design in invoking fear and horror is on display at multiple points throughout this episode.

Even Watanabe’s work, however, isn’t enough to make me think that Higurashi: When They Cry – NEW isn’t nothing but a shameless cash grab. Aside from the recycled elements in episode 1 and the newly-launched mobile game, what makes this even more obvious is the fact that a new manga by Tomato Akase started in Young Ace UP the very same day that episode 1 aired! Multimedia promotion is one thing, but that seems like a little bit much.

Only time will tell if Higurashi: When They Cry – NEW can actually prove itself to be anything more than a way to make a quick buck. There is still hope that, beyond episode 1, it might make smarter choices and deliver the Higurashi adaptation that we truly deserve – nevertheless, episode 1 isn’t a good indication of that.

You can stream Higurashi: When They Cry – NEW episode 1 via Funimation.