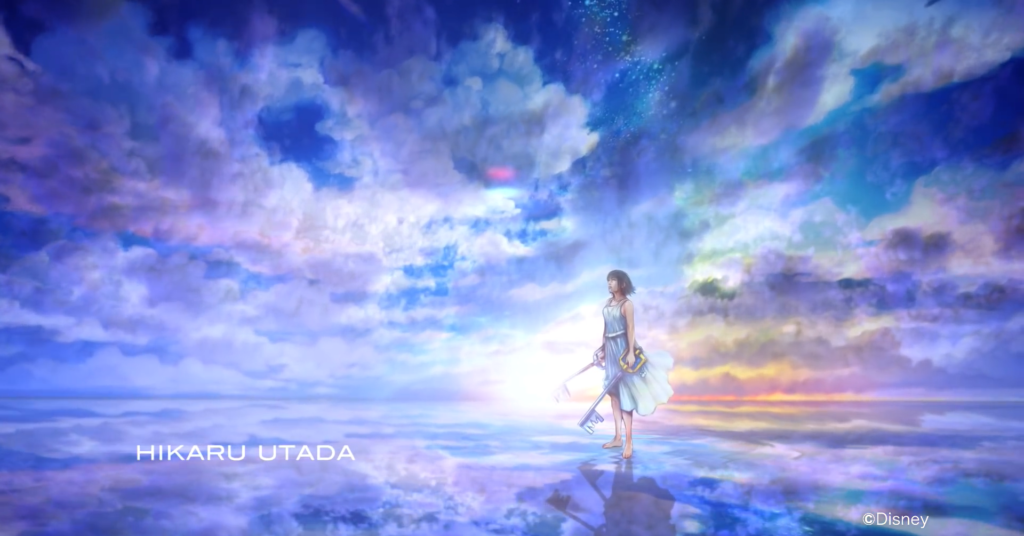 To preface this news, I was genuinely shocked that this was actually the first time Utada Hikaru had broken into the Billboard Top 100. True, she is a Japanese artist and her success has mostly been concentrated on the Japanese market, yet she is anything but an unknown quantity in the West. Anyone who grew up on Kingdom Hearts would likely be able to recite every line from “Simple and Clean” and “Sanctuary”, both of the songs she has previously recorded for the series. Not only are these songs popular, they’re also in a way a defining piece of music for those who grew up on the series.

That being said, prior to a few years ago, Billboard rankings were almost exclusively decided by CD sales. “Simple and Clean”, for example, may have been included on Japanese singles in 2003, but never received an English CD release until 2009, and with older Billboard charts relying on the format for its ranking, the song never stood a chance.

The charts are different now though. Rankings factor in streaming and digital sales, helping international artists attain higher rankings than they could have before now. Utada Hikaru’s new songs for Kingdom Hearts III, “Don’t Think Twice”, and the collaborative tune with Skrillex, “Face My Fears”, received simultaneous worldwide releases. These factors alongside the massive anticipation for Kingdom Hearts III’s release helped propel “Face My Fears” into the bottom of the Billboard Top 100, scraping into the charts in 98th place.

This marks the first time that the artist has ever hit the Billboard Top 100. She has featured within the Top 200 in the past, yet has never previously been able to break into the Top 100 until this song. In my view, this is nothing less than she deserves, not just because of the strength of the song itself but due to her abilities as a performer making her deserving of increased international recognition. This is an impressive feat nonetheless and is a testament to the song itself as well as the success of Kingdom Hearts III.