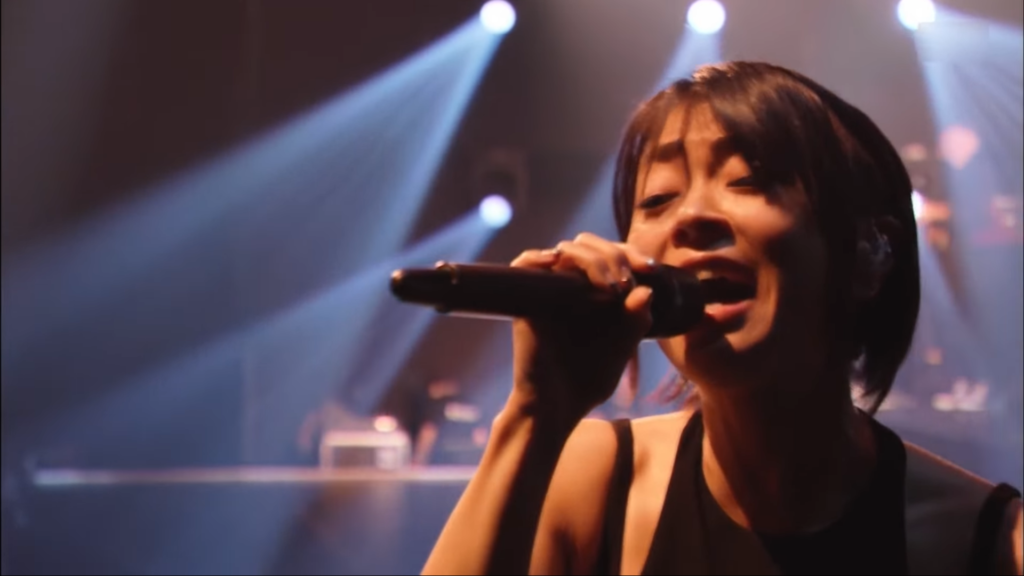 A couple of months ago word got out that Hikaru Utada’s live concert film Laughter In The Dark would be hitting Netflix this June. At the time, no one was sure if the concert would be exclusive to Netflix Japan or available in other regions. We’re happy to report that you’ll be able to watch the queen of J-Pop return to the stage no matter if you’re in Japan, The United States, or elsewhere. The two and half hour concert film was recorded last year at the final stop of her tour at the famous Makuhari Messe in Chiba and it is a delight.

Hikaru Utada did her comeback tour right. She’s accompanied by not only a full band but an entire strings section too. Heck, Utada herself even jumps on the keys from time to time. The resulting effort is an incredible instrumental performance that accurately recreates the instrumentals of her songs while still giving it that live swing, that live pop. Utada is primarily known for having one of the fullest and most beautiful voices in music but her production has recognizable traits too; atmospheric synths, punchy keys, and overall always sounding very cinematic. It’s a treat to hear her songs performed to their fullest.

1999 saw a revolution when Hikaru Utada’s debut album ‘First Love’ rocked Japan. To this day, it is the single best selling Japanese album of all-time and her follow up albums Distance and Deep River still rank in the all-time top ten. Her musical contributions to the Kingdom Hearts series have introduced millions of people internationally to the world of Japanese music. Yes, by the way, she sings some of those songs in this concert film. Hikaru Utada is a living treasure, and she doesn’t tour very often. We’re so grateful this special live performance is available for an international audience and hope to see this trend continue in the future.

You can watch Hikaru Utada’s Laughter In The Dark on Netflix now.