In Japan, the Resident Evil series (Biohazard) has been seeing a downtick in sales primarily because gamers think the games are too scary. CAPCOM came up with a mad lad response to this in their promotion plan for Resident Evil Village. They turned the game characters into puppets and put them in what could only be described as a demented kids’ show.

We covered the first video when it came out, but the madness continued.

So far, CAPCOM has released three promotional videos for the game in this style, each of them focusing on a different ‘theme’. As a recap, the first video’s theme is ‘Painting with Blood‘. The second video’s theme is ‘Building and Destroying Things‘, and the third video is ‘Brushing Your Teeth With Knives‘. Each video starts off with a theme song stating that the Village isn’t scary and that everyone in it is friendly (definitely not the case). The videos are as gory as you could do with puppets, but it really gets the point across.

The final Resident Evil puppet video ends with the puppets saying that they don’t care if the game is scary and that it’s not their problem, only to be visited by the angel of Miranda (a major character in the game) who states that they’re going too far overboard and that they’re all friends and that the game is definitely not scary (it is).

Then, at the end of the video, there is a short announcement from the dev team which reads:

This video was made because we received reports from people that the previous versions of the game were too scary.

We’re not sure if it’s scary or not to be honest, you have to figure that out for yourself. But we really want a bunch of people to play our game. Everyone made the game to their best extent with that in mind. 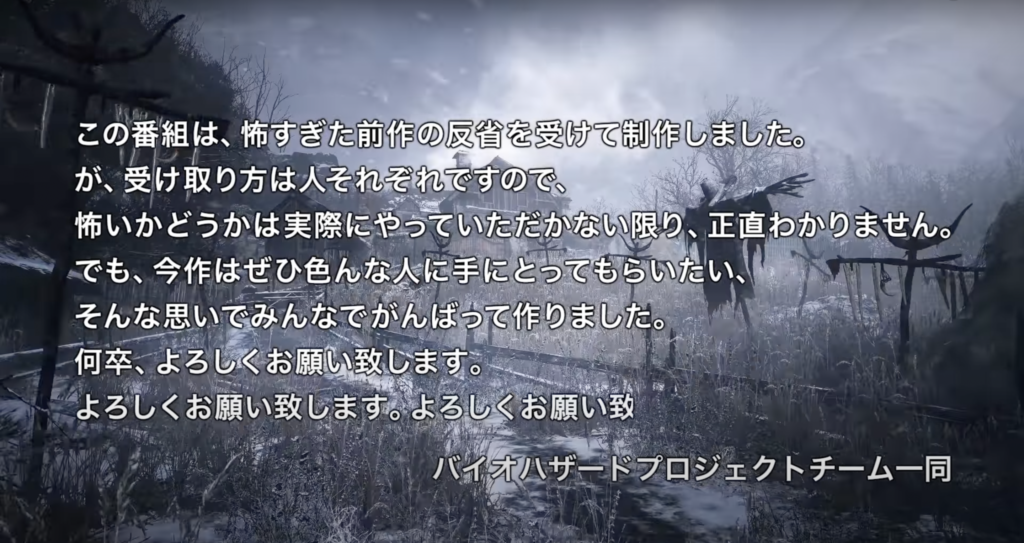 If this isn’t absolutely brilliant, I don’t know what is. 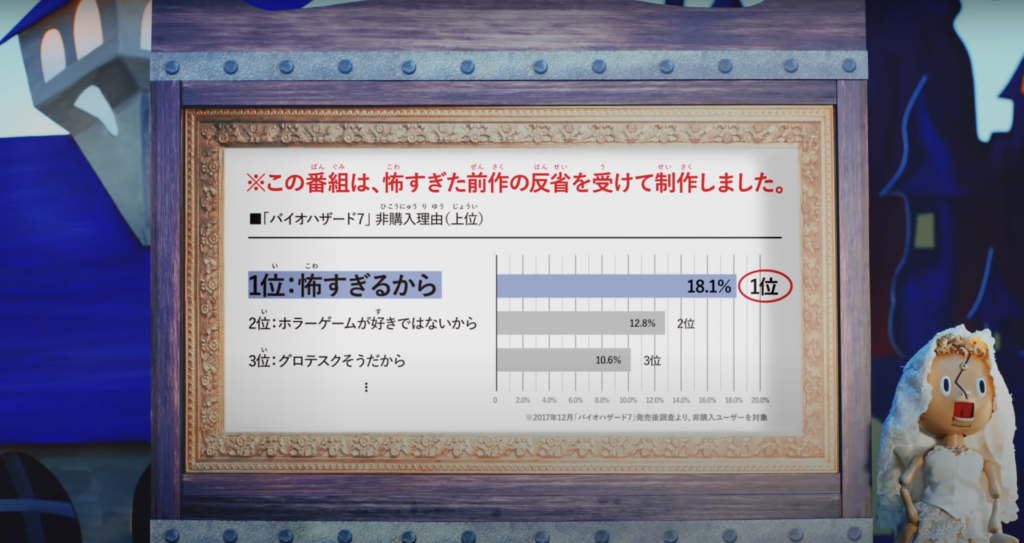 With Resident Evil Village already out, we need a bit of time to see if their marketing scheme worked. But damn, these puppet trailers are awesome. Each of the videos is just over three minutes long and you owe it to yourself to check them out.