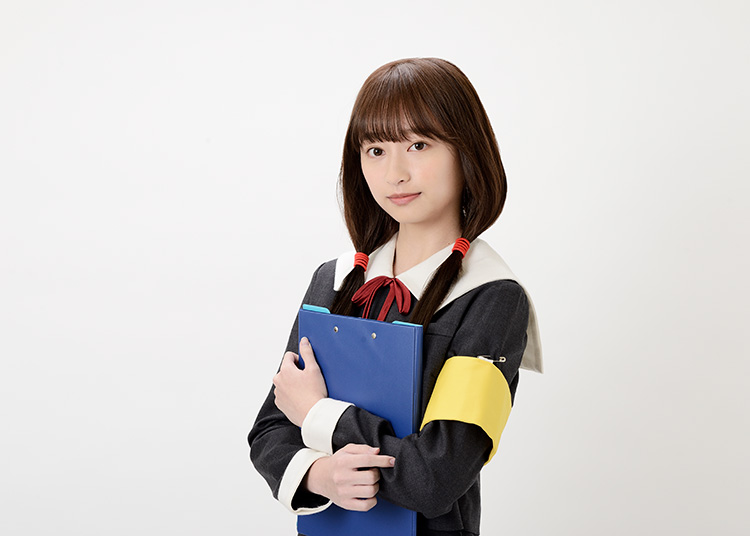 Yuka Kageyama of Hinatazaka46 has joined the cast of the live-action Kaguya-sama: Love is War.

The idol will have a somewhat unique role in the live-action film. She will play Miko Iino, the uptight, inflexible, and downright authoritarian student council auditing officer/ treasurer and public morals/ disciplinary committee member. While lots of school anime and manga series seem to have one of these, most of them don’t get described as an ‘alternate hero’ or ‘semi-heroine.’

On the website, she says that she was a fan of the original manga series and the anime, ‘so when I heard about [the role], I was full of surprise and joy…’

She adds, ‘Miko Iino, who I will play this time, has justice to herself. And although she is a little stubborn, she is very honest with her feelings. She is a favorite character, because she feels similar.’

The movie, a sequel to the film version of the romantic comedy anime series, will come out on 20 August. A third season of the anime is also expected soon, although the date hasn’t been revealed. An OVA will come out on 19 May.