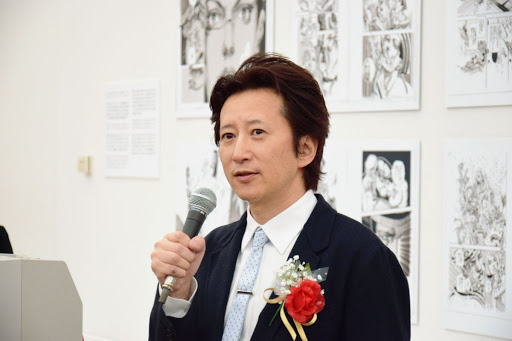 If you’re not into reading manga or caught up on your who’s who of mangaka, it’s possible you may not know who someone as important as Hirohiko Araki is. When it comes to fashion and art, there’s a chance you may not know of his medium-crossing collaborations. If you watch anime, however, then you surely know his most famous work, Jojo’s Bizarre Adventure.

Before Jojo’s Bizarre Adventure became the meme-tier anime that it is (which is easy considering the insane situations that the source material presents), it was just a highly popular manga series. And before that, it was just another work by Hirohiko Araki in the 1980s.

Araki began pursuing a career in drawing manga when he was still in high school. All of the work he submitted would always be rejected. Unsatisfied with the results, he continued to submit and even traveled to Tokyo to find out first-hand how he could improve. He would submit his first successful work, Armored Poker, and then continue from there.

Although he would publish a handful of varying successful works (including Baoh), nothing would compare to Jojo’s Bizarre Adventure, which is still running today from its debut in 1987. It’s easy to trace back key elements of Araki’s designs to his earlier works. But, it would be with Jojo’s Bizarre Adventure that Araki would begin to develop and evolve his art style.

Something that stands out about Araki, in particular, is how he brings his love for other interests into his work. For the first part of Jojo, Araki based it with more western elements, such as making the characters overly muscular, due to the rising popularity of action movie stars like Arnold Schwarzenegger. The original protagonist, Jonathan Joestar, is a great example of this.

And it’s absolutely awesome. But that’s getting off-topic.

The evolution of Araki’s art is one of his defining aspects. A character from Phantom Blood looks totally different from a character in Steel Ball Run. His art style even changes throughout specific works, as evidenced by many beginning and end of the Jojo part comparison images you can find on the internet. This is also why the anime adaptation looks different from part to part as well.

It wasn’t just the faces that look different throughout the Jojo series. The muscular men with enlarged muscles of Parts 1 and 2 would become broad-shoulders and well-defined by the end of Part 3. Parts 4 and after would feature much slimmer characters with softer features and fashionable clothing.

Fashion and art have always had a place in Jojo. While it wouldn’t become as apparent with the clothing until later on, there are character designs from earlier parts that were directly inspired by fashion artists. Something much more notable from the series that was lifted from fashion is the bizarre, exaggerated, elaborate poses. Some of the most well-known poses from the series can be traced back to renowned fashion illustrators.

It was with Part 4 that Araki would begin to express his interest in fashion within the series. Characters within Part 4 would have similar clothes (as many of them would be students from school) but had little touches that made them stand out. With Part 5 and Part 6, the characters would begin to stand out entirely from just their clothes, with nearly every character in Part 5 each looking like they’re ready to hit a runway.

Araki would collaborate with various fashion brands using the characters of Jojo. One of the biggest collaborations would be with Gucci in 2011 and 2013. Aside from providing illustrations, he also wrote a one-shot titled Rohan Kishibe Goes to Gucci, featuring fan-favorite Jojo character Rohan Kishibe. His second collaboration with them involved a one-shot titled Jolyne, Fly High with GUCCI, featuring the protagonist of Part 6, Jolyne Cujoh.

The series would take inspiration from various artists that Araki looked up to. Even the signature color-changing palettes of each volume color can be attributed to experimental artists such as Paul Gauguin. Although Jojo is a manga printed in black and white, the use of different color sets on the covers has become a signature element in the series. The anime adaptation has also included this color-change detail when they can.

Even smaller moments in the series can be tied directly to art. The ability of the stand Enigma from Part 4 is heavily influenced by a single work of M.C. Escher for example.

In a roundabout (sorry I couldn’t help myself) way, it’s thanks to the influence and impact of Jojo that an exhibition was held at the National Art Center Tokyo in 2018, with “30 years of Jojo works displayed”. As it’s one of the highest-ranked museums in Japan and previously only hosted a mangaka once before, an entire exhibition around Araki’s work was a huge recognition.

Araki would be invited to present a piece at the Louvre for “The Louvre Invites Comic-Strip Art” exhibition in 2009. Known for its vast collection of famous art pieces (including the Mona Lisa) and for being the most visited museum in the world, this moment was a huge moment for both Araki and the medium as a whole. Araki would create a short one-shot story for the exhibition titled Rohan at the Louvre, featuring fan-favorite Jojo character Rohan Kishibe.

But, I don’t know if people realize what has led to the influence of the series and most of his works. Araki is a man with an incredible imagination but there are influences that lead to the stimulation of his imagination.

The series is appropriately bizarre but it’s not just a typical shonen, nor is it just a shonen with a message. It’s influenced by the art and fashion that Araki looks up to. It is a genuine example of art producing more art. That’s a major reason why it stood out between the other works published in Weekly Shōnen Jump before, and why it’s still fondly followed today.

It’s unknown if Araki will ever finish with Jojo. It’s also unknown if his art will ever stop “evolving”. Rest assured, whether his future is simply adding more to the Jojo series or if he starts something new, it’s likely that dynamic posing and high fashion will follow along with it.

If you’d also like to follow along with Jojo’s Bizarre Adventure, you have a few options. For the anime your options are:

If reading is more your jam then you’ll be happy to know that you can read the first few parts of Araki’s magnum opus on VIZ Media if you’re a subscriber. The service currently has up to Part 4 translated.