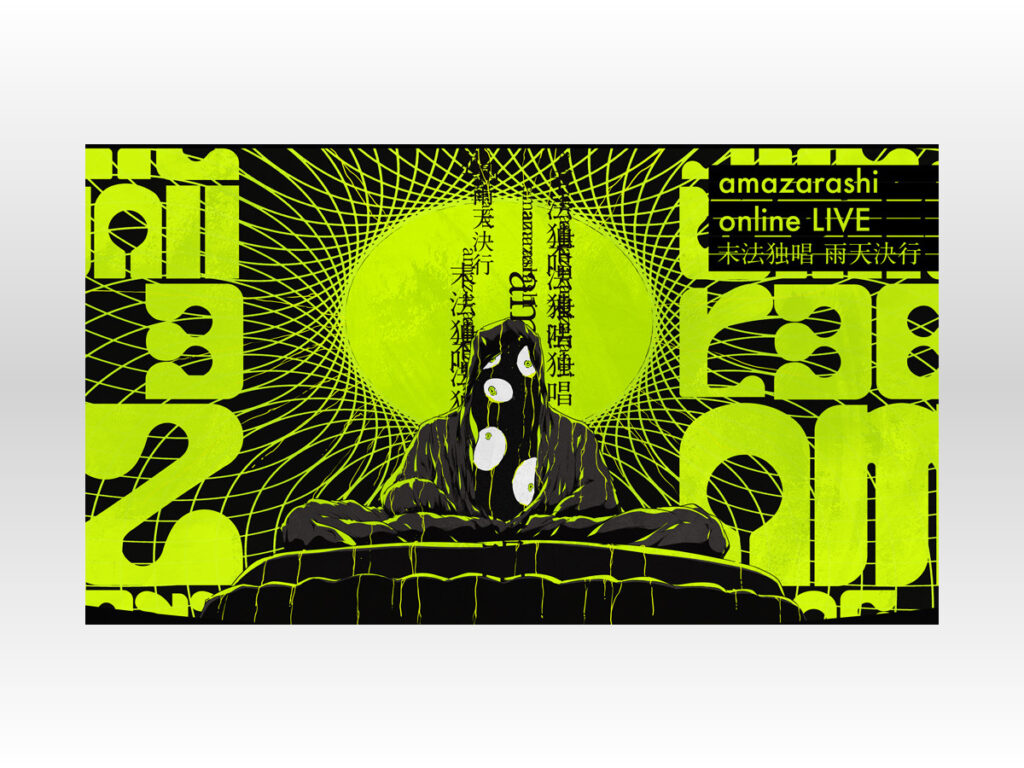 Amazarashi has been all about doom and gloom their entire career, with lyrics that rant against the depressing ennui of life and the negative effects of digital media. Their award-winning Budokan concert back in 2018 dazzled goers with fantastic visuals over top of gloomy musical commentary about media censorship. It would seem that Amazarashi’s music is fitting in these nihilistic COVID-induced times where people are separated from the outside world, left with only their Discords and Twitter pages to cope with the ennui. So to further provide catharsis and musical relief in these trying times, frontman Hiromu Akita will be streaming his own one-man live concert.

The trailer for the concert, amazarashi Online Live: Mappoudokushou Utenkekkou, made its premiere just last week. It had all the things that fans of Amazarashi expect: flashing lights, bright colors, hallucinatory Orwellian imagery, and glowing numbers and kanji characters projected everywhere. This technological display was recorded at the Buddha statue in Sapporo’s Makomanai Takino Cemetery, where the concert will take place. With this unique concert, Hiromu Akita hopes to use it to shine a ray of hope in a bleak time.

2020 was supposed to mark the glorious 10-year anniversary of amazarashi. They dropped their latest album BOYCOTT in early March, and were even planning to go on an eight-hall tour across Japan. But like many live concerts and events, Coronavirus came and put all of that to a halt. This was a bummer to all the fans who wanted to be wowed by the Pink Floyd-esque wonder of amazarashi’s live shows. However, it’s great that Akita wants to capture the cybernetic energy of his band’s live shows. If he manages to pull it off, then more power to him.

My Hero Academia Is Getting Seriously Interesting