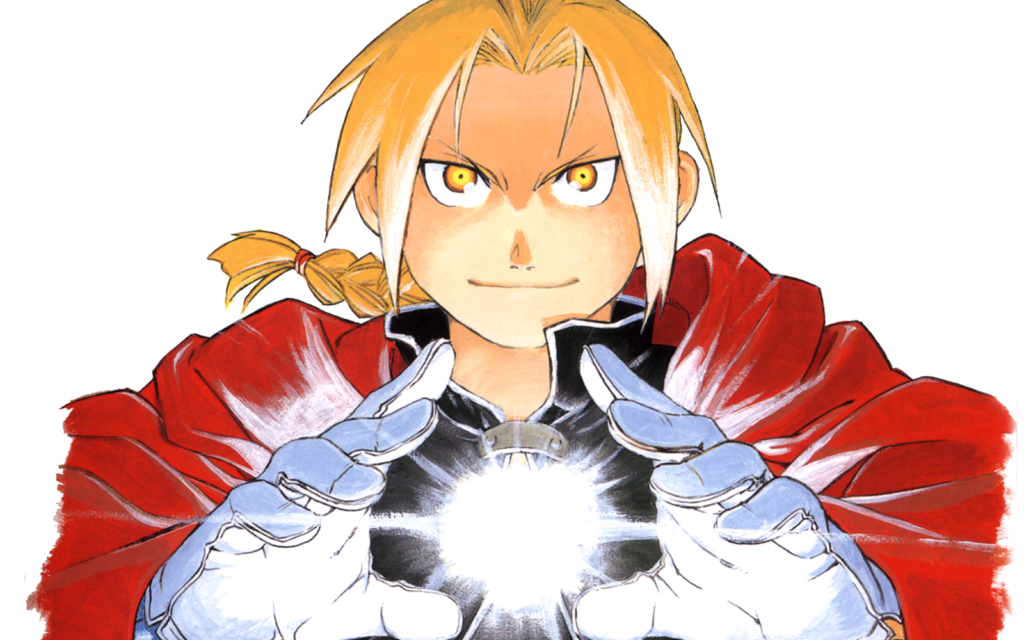 A few weeks ago, after more than one extended hiatus, Hiromu Arakawa finally ended her long-running delightful manga about farming Silver Spoon. In Japan, the series was a pretty big hit with a lot of casual readers coming into the fold and it even had a live-action movie adaptation in 2014. Arakawa’s Silver Spoon wasn’t unknown in English speaking fandom, with the 2013 anime having its fair share of viewers. Unfortunately, after the two seasons of the anime ended, western fandom moved onto the next thing. It took a long time for the manga to get published in English too, well after the anime finished up, which also might explain why US audiences didn’t take to this absolute charmer like Japan did.  In the same issue of Weekly Shonen Sunday where the final chapter of Silver Spoon ran, the magazine told fans to ‘look forward to her new series’. Now, this should even excite western fans who didn’t read Silver Spoon because Arakawa also created the invincible, the enduring Fullmetal Alchemist. 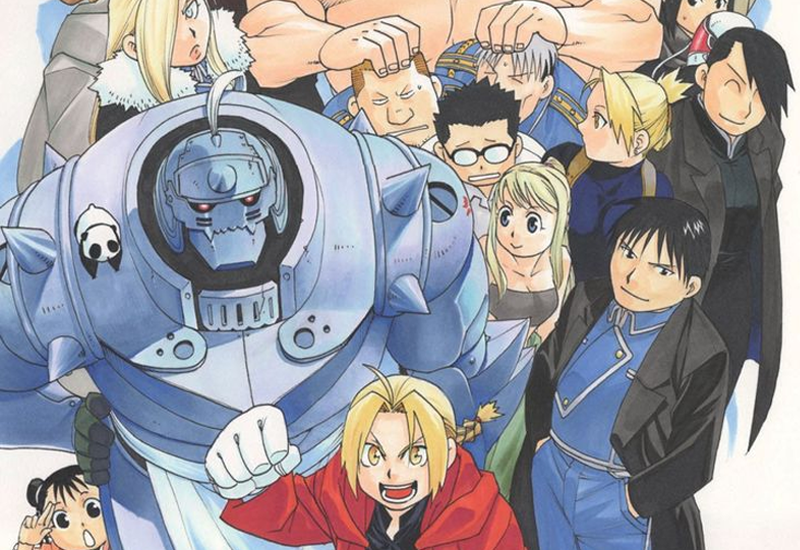 Just looking at the beloved cast of Fullmetal Alchemist should stir up some old memories in your heart. Whether you’re old enough to have caught the original Fullmetal Alchemist anime on Adult Swim or have only seen the true to the manga remake Fullmetal Alchemist: Brotherhood, it’s a series that’s essential viewing for modern anime fans. Weird to say that both anime are over a decade old now, with the original manga almost hitting 20, but unlike some of the gems from the 2000s younger fans are still going out of their way to travel along with the Elric brothers. The series’ enduring popularity is a testament to just how much it means to our sub-culture at large and you have a woman named Hiromu Arakawa to thank for that. The least you could do in return is read her new title when it drops hopefully next year.

Understandably getting excited for an upcoming anime or manga when you know nothing about it asks a lot. Not a thing has been revealed about what Hiromu Arakawa will be drawing next. We don’t have a title, we don’t have a synopsis, we have no clue whether we’ll be getting something more fighty like Fullmetal Alchemist or another left of center title like Silver Spoon. Make no mistakes, Arakawa is a manga artist with an array of talents at her disposal to utilize. Consistently she creates genuinely subversive manga, going beyond the limits of established genre stereotypes and fan expectations. We’re personally hoping for another comic on the scale of Fullmetal Alchemist but you also won’t find us complaining if she indulges in lighter fare. Until we have more to go on though, all we can only speculate through the lens of her older works. 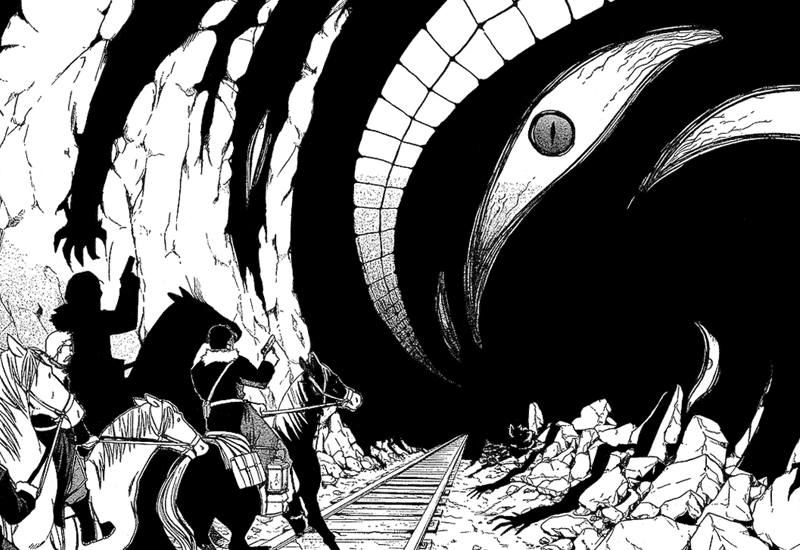 Fullmetal Alchemist continues to stun with every watch and reread. Hiromu Arakawa’s masterpiece wins over younger fans like it came out yesterday. It’s truly dense with content and wide in narrative scope but also a work that’s strikingly accessible for a manga with so much going on. Hiromu Arakawa knows how to weave a complex tale, only letting readers chip away at the bigger picture a little at a time. The slow story builds always deliver with high return which keeps fans consistently interested from the very beginning of Ed and Al’s journey out of Resembool all the way to the final battle against _________. While the plot centers around the fantastical not real practice of Alchemy, Arakawa injects her shonen with a lot of true to life elements that make it hit all the harder. Take the inclusion of the Ishabalians or example; Clearly a parallel to the real world middle east with the subjugation of so many people there and the never-ending war, Fullmetal Alchemist goes out of its way to proactively discuss important racial justice issues with its story. Imagine what Arakawa could create influenced by the world’s present-day state of problems.

Hiromu Arakawa installing her series with hard-hitting plots that aren’t just captivating but have something genuine to say sets her above most manga creators. That’s not the only secret to her series’ success though. Fullmetal Alchemist wouldn’t have been half as successful without it’s strong and particularly diverse cast. For shonen manga leads, Edward and Al are far from being Goku clones with their open love for one another and a practicality not often seen in the genre. The supporting characters all have a ton of personality too. From beloved constantly supportive Maes Hughes and LT. Armstrong to the tough as nails Olivia Armstrong and Izumi, virtually everyone in the Fullmetal Alchemist world comes off as dynamic and three dimensional. You end up feeling for everybody by the end of the comic’s run, whether they were big players or only had a single shining moment. Need we bring up Nina? Another reason we’re excited for the new Hiromu Arakawa manga is the potential of its new cast of characters. Even if they’re half as strong as the FMA standouts, it’ll be gold. 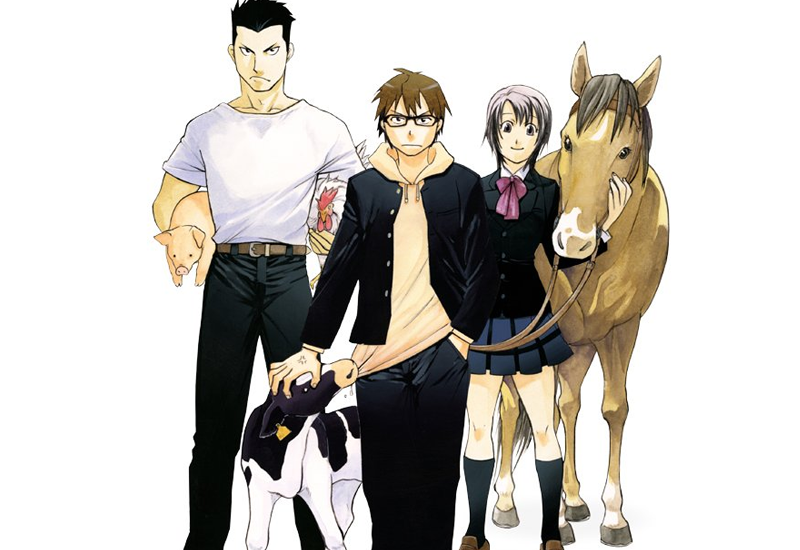 We could keep showering Fullmetal Alchemist with praise, hoping that Hiromu Arakawa can tap into that same creative well for her new series. Looking towards her most recently wrapped series may give us more to go on with where she heads next. The fate of humanity wasn’t hanging in the balance of Silver Spoon. No one tried to bring their mothers back to life only to accidentally create hideous creatures that would make David Cronenberg sequel. Comparatively, Silver Spoon is much more of a slice of life tail that Arakawa created as a passion project that relied on Hokkaido upbringing for inspiration. Much more comedic and jovial in tone, she can do light-hearted charm just as well as hot-blooded shonen epics.

With that said, while Silver Spoon is definitely not the intense kick in the face Fullmetal Alchemist, she does incorporate realism and life lessons throughout it too on a more micro-scale. No commentary about long time war-torn nations, but for instance, an earlier arc deals with the cast of Silver Spoon raising piglets. They know the cute piggies will eventually be turned into breakfast but they can’t help getting attached to their animal pals while raising them. Befriending tomorrow’s bacon, what would you do? Instead of confronting societal problems in her art, in Silver Spoon she opts to focus on individual struggles as well as generally illuminate what life for modern-day farmers can be like. We’re not expecting another farming manga but we’d be open to another down to earth, low-key title from Hiromu. After all, not all her shonen stories are Fullmetal Alchemist. 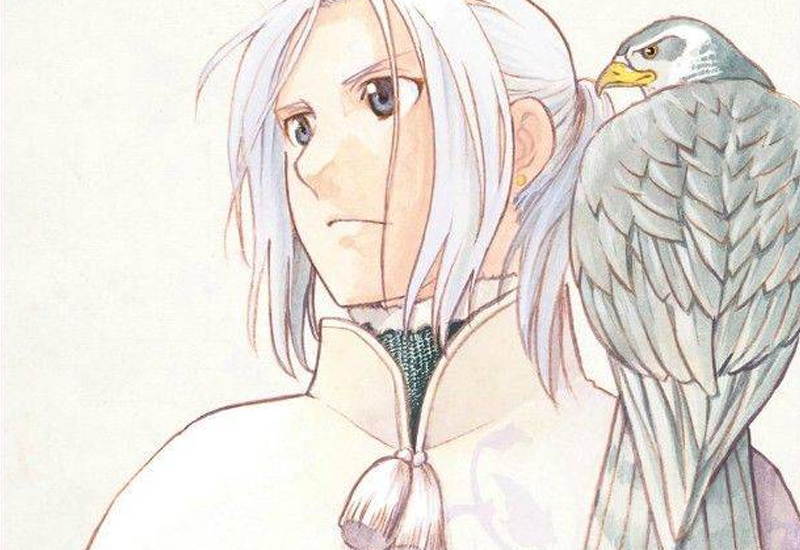 Hiromu Arakawa put out a couple of other manga simultaneously while working on Fullmetal Alchemist and Silver Spoon. During the former, she made Hero Tales and the latter, pictured above, The Heroic Legend of Arslan. These two manga are totally serviceable but don’t share any of the highs that Fullmetal Alchemist did. A shame since they’re both also action manga that try. To cut Arakawa some slack, she did make these two titles while working on higher key series and both featured additional in some form, with another writer working on Hero Tales and Arslan being an adaptation of a novel series. No creator can create a masterpiece every time and it’s reasonable to expect failure on occasion. Making manga isn’t as easy and clapping your hands together, pressing them to the ground, and doing alchemy.

Again, we just don’t have much to go on right now. We do know that Hiromu Arakawa’s upcoming series will be serialized in Weekly Shonen Sunday meaning she could be plotting another battle epic. Of course, having created three action manga in the last 20 years, she may opt to do another laid back title especially at least in Japan Silver Spoon was a success. Regardless of which path she chooses, we hope to see her continue to utilize real-life to give her stories the extra edge they so often have. We’re hoping for a cast that makes us smile as they worm their way into our hearts for eternity. Despite asking ‘Can Hiromu Arakawa Recapture The Fullmetal Alchemist Magic’ we’re not figuratively or literally expecting Fullmetal Alchemist 2. We’re just hopeful. With a new decade soon upon us, getting to see Hiromu Arakawa at her best once again would be a great way to start it off.

Hiromu Arakawa will be launching a new manga in Weekly Shonen Sunday in the future.