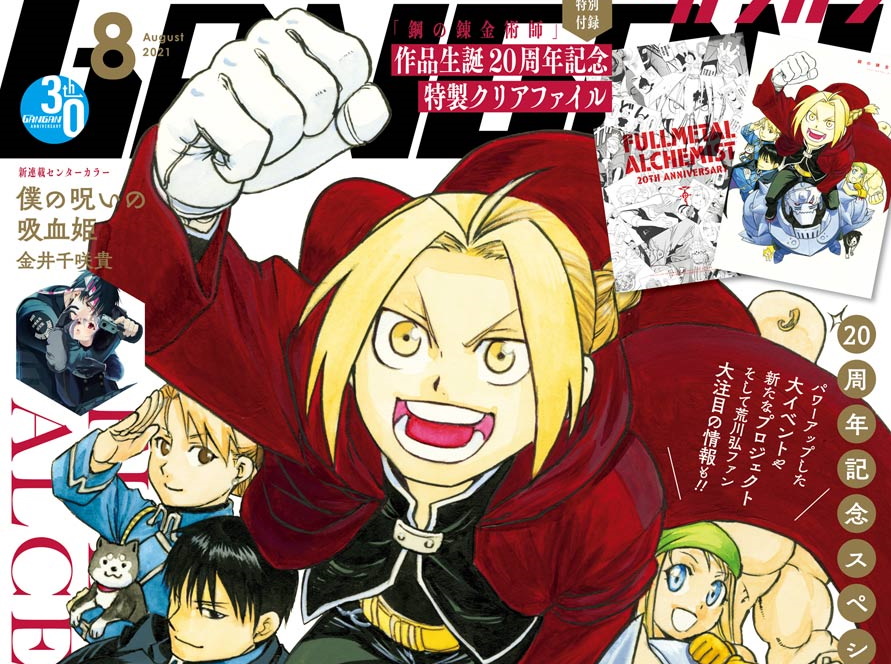 Fans of Fullmetal Alchemist rejoice! Hiromu Arakawa will be launching a new series in the pages of Monthly Shonen Gangan, the magazine published by SQUARE ENIX where the magic began twenty years ago. A teaser visual was also shared, giving us plenty to look at.

The fact that Hiromu Arakawa is putting together a new series hardly came as much of a surprise. Although the announcement formally came during the Fullmetal Alchemist 20th anniversary event, the end of Silver Spoon already carried the message for fans to ‘look forward to her next series’ back in 2019. What’s perhaps most surprising, then, is the fact that Arakawa would choose to return to Monthly Shonen Gangan.

More or less straight after Fullmetal Alchemist, the author launched Silver Spoon in Weekly Shonen Sunday, published by Shogakukan. She also began to adapt Yoshiki Tanaka’s The Heroic Legend of Arslan novels for Bessatsu Shonen Magazine in 2013 (Kodansha), so she’s changed publishers and publications quite a bit. Returning to the home of her breakout hit could ultimately be an inconsequential choice, but could also give us some indication as to what Hiromu Arakawa’s new series might be like. 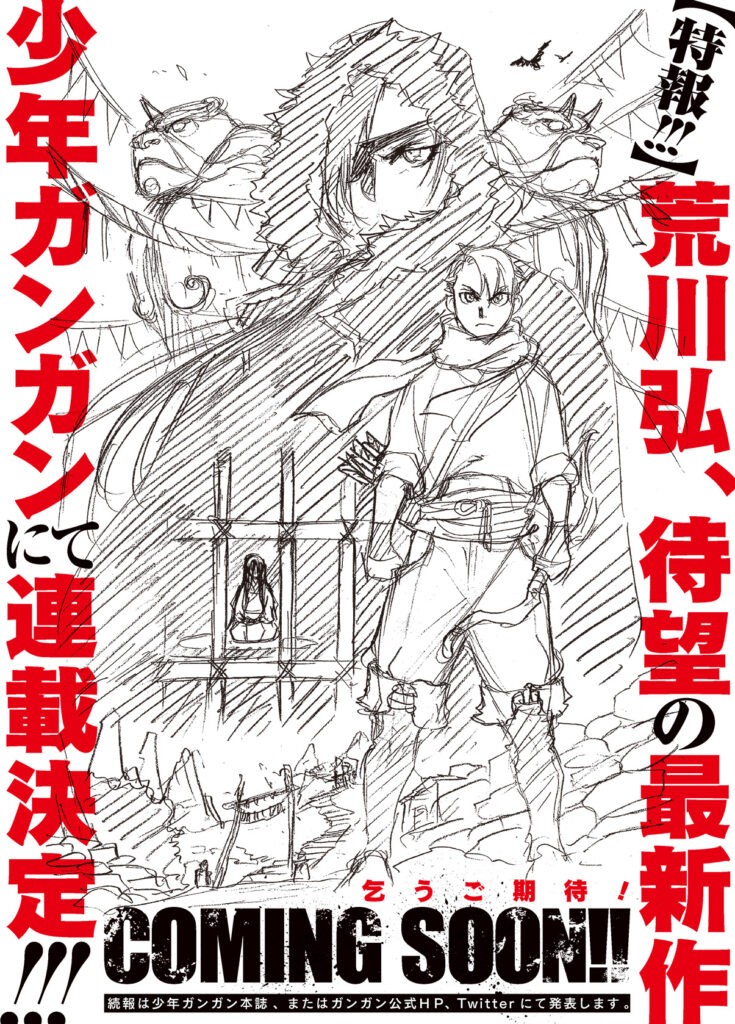 Judging from the above teaser visual, Hiromu Arakawa’s new series doesn’t appear to be a slice of life. Things look a bit too poised and dramatic for that, while the figure on the right looks a lot like Riza Hawkeye. We don’t know if there are any links with Fullmetal Alchemist just yet, but there appears to be an entrance to a traditional Japanese shrine on the bottom left, hinting that it might have something to do with real-life history.

Indeed, Arakawa has already tackled ancient Persian history for The Heroic Legend of Arslan, so this last point wouldn’t be too much of a stretch. Moreover, something more akin to the fantasy setting of Fullmetal Alchemist and not a slice of life would work well in Monthly Shonen Gangan, where the author first found her audience. Perhaps that is the reason behind Arakawa’s return.

No title, synopsis, or release date has currently been shared for Hiromu Arakawa’s new series, but more information is apparently on the way. Keep your eye on the official Monthly Shonen Gangan Twitter account for more details.