Hiroshi Fujiwara Takes Over the Art Scene with Fragment 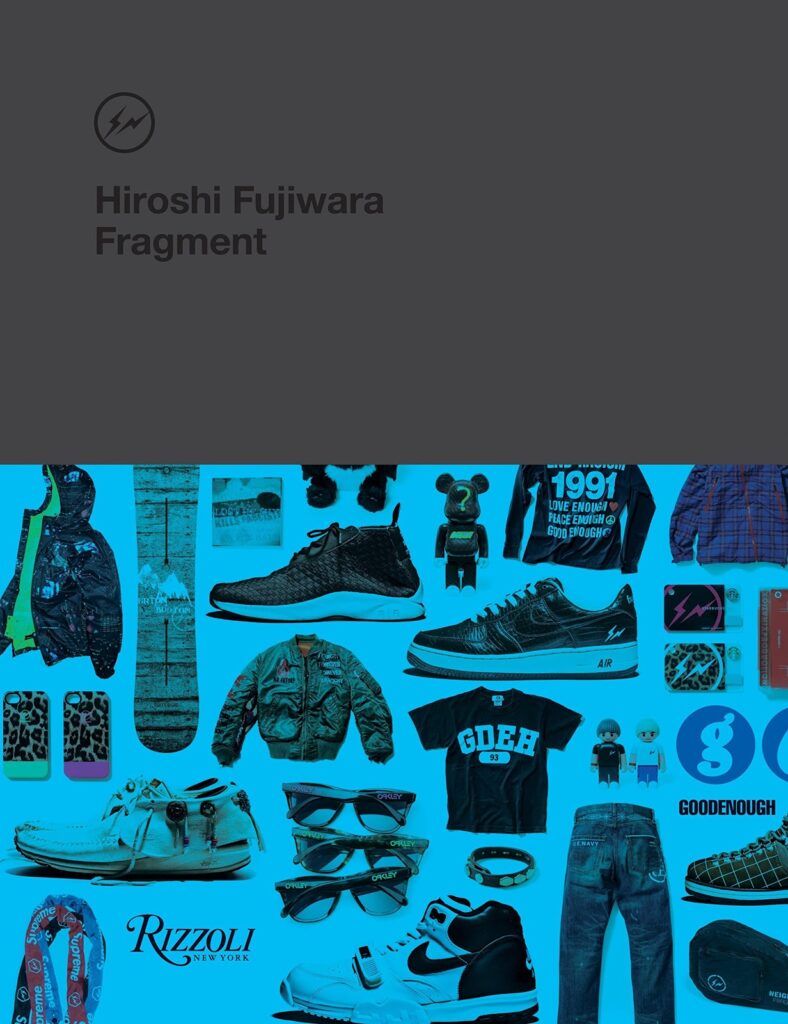 Contemporary fashion is often like a web. It starts from a singular place, ebbing out and evolving along the way. It can stretch from high fashion to streetwear, showing influence from everywhere in between.

Someone who has managed to be considered a creator of the web is Hiroshi Fujiwara, a man whose influence stretches so far it’s hard to pin down. The titles behind his name range from DJ, producer, artist, designer. And all of these mingle with one another, proving he’s more than a force to be reckoned with.

Fujiwara is often called the godfather of streetwear, revolutionizing Harajuku fashion to something other than the hyper cute Kawaii fashion we’re familiar with. Instead, Fujiwara specializes in items that are hip-hop and punk rock.

At this point in Fujiwara’s career it’s more difficult describing what he hasn’t done. Because it isn’t much. He’s created storefronts in old swimming pools, maintaining the feel and aesthetic.

He’s also created stores that resemble the conbinis that can be found on almost any Tokyo street corner. There’s something in the way he presents it to the public, with these stores only being open for limited amounts of time.

He’s worked with some of the biggest brands in the world, innovating and creating new trends along the way.

Almost any big fashion designer in Tokyo can be traced to Fujiwara, either through direct contact or influence. Vivienne Westwood? Yeah, he worked with her. As a teenager. Malcolm McLaren? Worked with him too.

But it isn’t just who he’s worked with either. The man is more than just a famous designer, nor is he just a well-rounded artist. He’s more of a monument within culture.

There are certain aspects that just wouldn’t be the same without his influence, let alone exist. Again, it’s that web that he himself has managed to create. This web is all-encompassing within modern art.

His legacy stretches back decades, with his beginnings in Harajuku almost legendary. It started with the move to Tokyo from a smaller town, where he began to discover punk rock and a love for the London scene. It was after a fateful trip to New York where he discovered hip hop, his next great love.

It’s important to note that when you search for Hiroshi Fujiwara, Google lists him as a musician, not a designer. Fujiwara, with his deep love for hip hop, is often credited with making the genre a hit within Japan. One of Japan’s first DJ’s, his love for music still comes across with his designs.

These influences can be seen in almost everything he does, with an organic feel that comes across as truly punk. It’s what streetwear is often perceived to be while remaining what Fujiwara set out to create.

The Empire of Fragment Design

Currently, Fujiwara sits as the head of fragment design. The company has had its hand in almost every major brand launch in recent years, ranging from Pokemon to the original Peanuts illustrations. The launches are notoriously difficult to get your hands on, and that’s not including the price.

With a portfolio as vast and varied as Fujiwara’s, it can be hard to keep track. After all, he’s truly had his hand in almost any medium of art that is out there. For those who are wanting a more comprehensive guide to Fujiwara’s work, they are in luck.

Sarah Lerfel, the creative director of Colette boutique, curated a book in order to help satiate the needs of Fujiwara fans around the world. The comprehensive guide published by Rizzoli, Fragment, reads lovingly like an encyclopedia. It’s complete with history of what Fujiwara has done and how he got to where he is today looking at different launches that helped define his career.

The book was a success, and something much needed in order to help chronicle modern art’s journey through not only fashion, but music, art, and design. However, it still wasn’t quite enough to show the immense work Fujiwara has presented to the world.

While that was launched in 2014, Rizzoli announced there would be a follow up to the tome, because there’s no way Fujiwara could be contained to one volume.

Fragment, #2 is set to be released in October 2020. This time the book will feature writing from Fujiwara himself, helping to let in a peek into the mind of a genius. The new installment will not only discuss Fujiwara’s career but also what he prizes most. The launches, brands, and designs that he himself is most proud of.