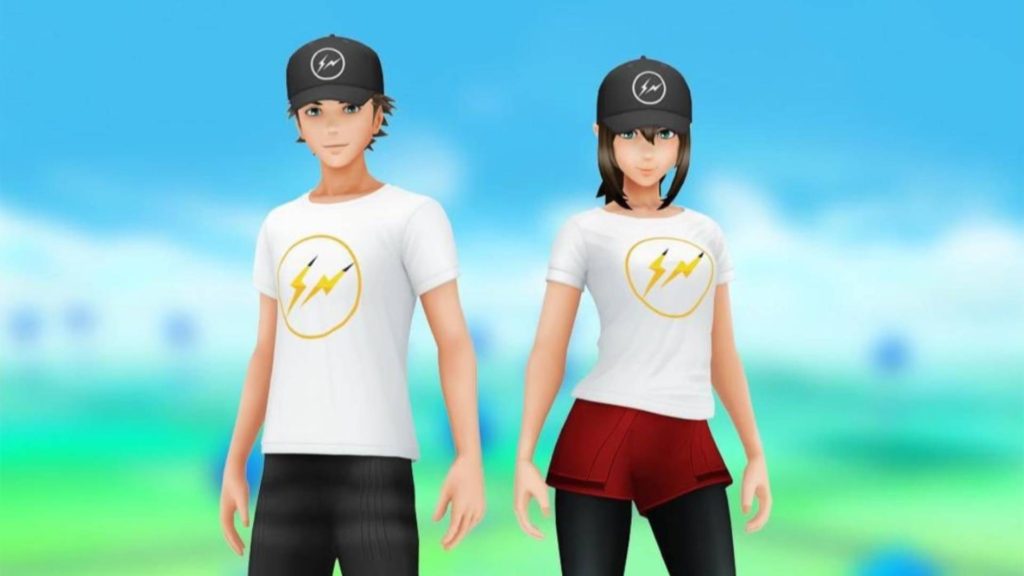 Just ahead of the release of THUNDERBOLT PROJECT BY ■■■■■ & POKÉMON this weekend at Hypefest Niantic has dropped some new style into their hit Pokémon Go AR application. New T-Shirt & hat options for in-game avatars featuring Hiroshi Fujiwara’s fragment design logo are available right now for free to all trainers! This collaboration was actually leaked the other day by some industrious players who tore through the game’s most recent software update, but no one knew what the release details were to be at that time.

In addition, a special Pikachu variant wearing a black fragment design logo cap can be caught in the game for the next 48 hours. They come in both shiny & normal versions for both gender variations, Raichu’s evolved from these Pikachu also keep their cap! These Pikachu are currently spawning everywhere so it shouldn’t take you long to catch your own. Of course, I wasted no time fully decking my avatar out with these news items and I’m currently on the hunt for the shiny versions. We’ll be on site this weekend at Hypefest to cover the launch of the new collaboration as well, so be sure to check back for more updates as they happen! If you haven’t caught them just yet, be sure to read our interview with Hiroshi Fujiwara about the project and check out our contest for a Nintendo Switch Pokémon Let’s Go bundle from Pokémon Center Japan!