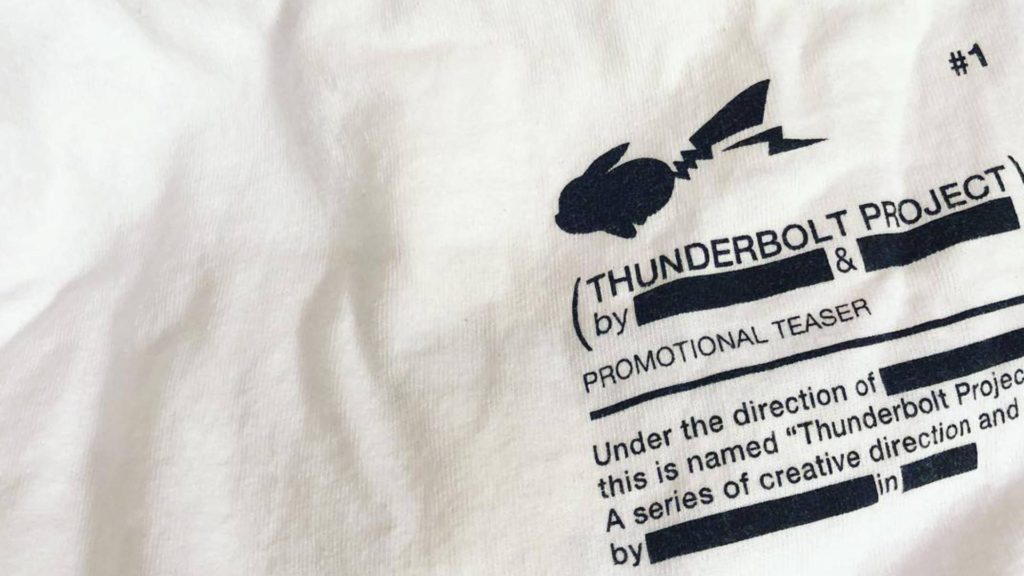 The Pokémon company has officially announced that they’re partnering up with streetwear legend Hiroshi Fujiwara for a new line of boldly designed & striking products featuring some of their most iconic characters. Originally teased on Fujiwara’s Instagram a few weeks ago, the collaboration is titled THUNDERBOLT PROJECT and is being promised as an ongoing series of different pieces to be released through 2019 “and beyond”. At first glance, this might seem like an odd pairing; but given Pokemon’s long history with outside designers that have a unique style, this seems like a no-brainer for a brand that is loved by so many people worldwide.

There hasn’t been much in the way of information about the project made available yet. We do know that the first item from the collection is slated to drop at the upcoming Hypefest event, taking place on October 6th & 7th in New York, at which Hiroshi Fujiwara is a member of the organizing committee. So far we’ve also caught a glimpse of a few minimal but amazing looking items from the collaboration including a black t-shirt with Pikachu’s silhouette in white and a hoodie featuring a grey colored Mew on the back. Both items incorporate a thunderbolt shape that seems pulled directly from the logo of Fujiwara’s Fragment Design label and are a stark contrast from the typically colorful designs seen in most Pokémon merchandise.

While Fujiwara is no stranger to collaborations with pop culture icons (we covered his recent Bikkuriman collaboration a few months back), it’s always exciting to see two behemoths in their respective industries team up like this. Both parties are known for pushing boundaries and have years of significant experience in trying new and exciting things, meaning that the possibilities here are endless. For me personally being a massive fan of the Pokémon franchise and an avid streetwear enthusiast, I’ll definitely be copping as much of this collaboration as possible.

You can find more information on the official THUNDERBOLT PROJECT Instagram account, and we’ll be sure to report as more details become available!