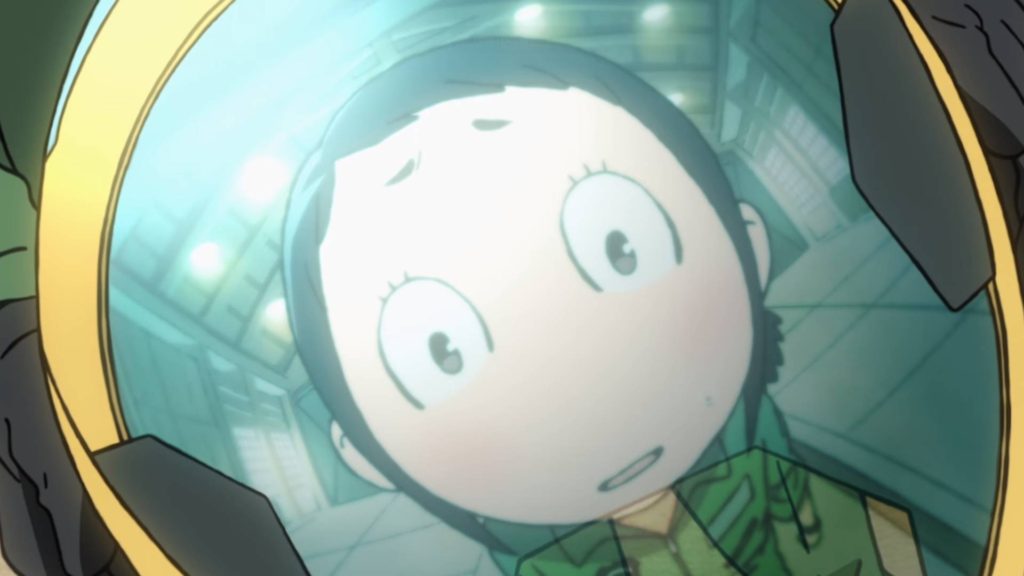 Even if you don’t make a point to follow some of the more prolific names behind anime production, it has become nigh impossible to avoid seeing the name of one of anime’s most prominent screenwriters floating around on social media. It’s with good reason — she’s been amazingly active as of late and has quite a few hits under her belt already. If you’ve watched the likes of Toradora, Hanasaku Iroha, anohana: The Flower We Saw That Day, and Kiznaiver, then you are already acquainted with her work.

Beginning on April 12 for the Spring season, you’ll be able to see Mari Okada’s latest — a totally original work penned by herself and directed at Studio Bones, all supervised by Shinji Higuchi, the co-founder of Gainax and the co-director of Shin Godzilla. It’s called Hisone to Masotan (Hisone and Masotan) and is about a girl in the Japan Self-Defense Force who is able to pilot a dragon.

The official website has a ton of information already available, including the synopsis of the first episode in English:

Hisone Amakasu tends to hurt people unconsciously, as she is too honest.
Suffering in a relationship, she joined Japan Air Self-Defense Force (JASDF) as a fixed term staff and was assigned to Gifu base.
One day Hisone was sent to “the 8th hangar” and there bumped into a dragon.
And what is more, she was swallowed by him!
The dragon is called OTF (Organic Transformed Flyer), which has been managed by JASDF since ancient times.
This is how Hisone’s new phase of life as a dragon pilot begins.

The anime’s key visual highlights its simple and appealing style. Masotan certainly isn’t your typical scaly, razor-toothed kaiju, at least not from what we’ve been able to see thus far: In addition to the all-star members of staff mentioned so far, Yoshiyuki Ito is in charge of bringing the noticeably down-to-earth character designs by Toshinao Aoki to life for animation. It allows for a work that will hopefully truly sign through the personality of its characters, their playful facial expressions, and through some of the beautiful-looking environments surrounding a reserved Air Self Defense Force base in Gifu prefecture, a place that just so happens to be very close to my own home.