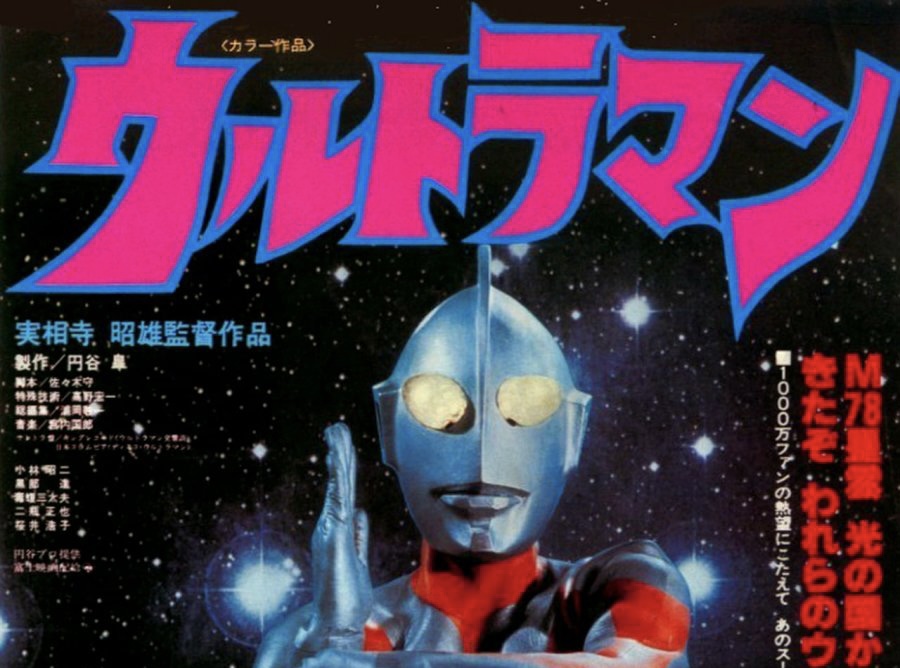 You could even go as far to say that the genre is representative of a moment in the 1960s when the kaiju genre diverged into two paths, one which followed the path forged by the original Godzilla and put monsters front and center, and one where humanity itself was put at the heart of the battle against the giant monsters and larger-than-life forces threatening the Earth.

So let’s discuss this. For part 4 of our kaiju retrospective, let’s consider how the tokusatsu genre of today came to be, and explore the history of the genre’s most iconic character.

Tokusatsu and Kaiju: One and the Same

While the word tokusatsu in Japanese can be literally translated as special effects and is technically representative of any media property heavily reliant on special effects, it’s typically understood today to refer to hero-driven tokusatsu series. These series include the likes of Kamen Rider and Super Sentai, two of the largest franchises targeted at children in Japan today.

Although these shows may differ in terms of mechanics and premise, they each follow the same rough formula. Either one person or a team of heroes takes a stand against kaiju monsters or alien forces that threaten humanity and their way of life. A key characteristic of many, but not all, series is the ability to augment their size to fight the monumental scale of some of the enemies they encounter, either through piloting robots or using superpowers to grow in size.

And it’s a successful formula! Thanks to their marketability, ease of monetization through merchandise, and their admittedly cool core concept, these shows not only appeal to their target child demographic, but can also appeal to far broader audiences than the children they were made for. The Super Sentai series alone, aided by its Power Rangers localizations, has grown to become a $15 billion franchise.

The origin of the superhero tokusatsu series can be traced to the 1950s. It was during this time that the first ever superhero series aired on Japanese TV, with names such as Super Giant and Moonlight Mask, the latter of which stands as the longest such series in Japan with 131 full-length episodes to its name. While often made on minuscule budgets because of the general low-budget nature of TV productions, particularly in the early days of mass-market adoption such as this, these series were important in introducing superhero works to Japanese audiences for the first time.

Unlike the US market where superhero comics were far more commonplace, the concept of a person with superhuman powers who would act as a selfless defender of the people wasn’t a tried-and-tested formula, making even these low-budget productions high-risk ventures for studios such as Senkosha and Toei who produced these series.

It’s difficult to classify such series within the modern tokusatsu genre as a result of these series lacking much of the special effects that define the genre, even if they were technical productions. Episodes of Moonlight Mask would follow a detective named Juro Iwai as he donned a mask to fight criminals and monsters, all while being dressed in a rather crude skintight suit and brandishing pistols. Even then, he was more of a nameless vigilante fighting for justice, not Spider-Man (though he certainly had the high TV ratings needed to make him a household name).

These series introduced superhero concepts to Japanese TV for the first time and proved there was a market for such shows in Japan, opening the door for other studios and other productions that could put their spin on the formula.

While not the first series to capitalize on this success, that occurred in a big way in 1966. During this year, Tsuburaya Productions, headed and founded by Eiji Tsuburaya, a special effects director and co-creator of Godzilla, chose to create a follow-up to their kaiju TV series Ultra Q that surpassed all expectations.

To put this year into the context of the history of the genre, by this point, and as the kaiju boom grew in the 1960s, titular and iconic creatures like Godzilla soon became ‘heroes’ in their own right by saving Earth in their movies. You could see this in how Godzilla helped fight off against Ghidorah in Ghidorah, The Three-Headed Monster, as well as in later Godzilla titles. As creative teams at major studios begun to notice how popular these creatures were with younger audiences, attempts were made to make the characters less evil and more inspirational as heroes in their own right.

There was a barrier in connecting with these hero kaiju by them being monsters, not humans. So why not take kaiju filmmaking techniques pioneered in major films and Tsuburaya Productions’ own Ultra Q series, capitalize on the success of superhero series like Moonlight Mask, and bring it all together for a brand new series? That would revolutionize Japanese entertainment as we know it!

The Birth of a Japanese Institution: Ultraman

Although Ultraman was a follow-up to the original Ultra Q, and tied itself to this series by having the logo for the series at the start of the episode bursting out of the old Ultra Q series, the series signified a departure from the kaiju-centric core of that series. In the first episode of the series, SSSP pilot Shin Hayata’s plane crashes after colliding with a giant glowing ball, with an alien saving his life by fusing themselves together. Hayata is given a Beta Capsule that can activate the powers he has been given through this, with the device allowing Hayata to transform into the giant, silver-armored Ultraman.

So the story goes for the remaining 38 episodes that follow, with the kaiju monsters of the original returning alongside new monsters to attack the Earth. Hayata transforms into Ultraman each week to save the Earth from an attacking kaiju. The issue is, Ultraman can stay on Earth for a limited time, forcing strategic and sparing use of the power to save the day.

This Ultraman series had several things over its predecessor. Unlike Ultra Q, the series was shot in color, while the team could use what they learned while working on that series to deepen the lore of the Ultra universe. The idea that scientists and civilians were working to counter the kaiju thread was mostly only touched upon with surface-level amounts of depth, before being greatly expanded to serve as the core of this new series.

The series could also bring in talent from TOHO, including many that worked on the Godzilla films, expanding on the shared team the company had already brought together for Ultra Q.

The result? The premiere of the series topped the average ratings of Ultra Q and only increased from week to week from there. The series was an unmitigated success, spawning a franchise and a range of copycats. The show’s sequel, Ultraseven, provided the formula of several monsters working under a single, larger alien entity that has become formulaic for tokusatsu hero series going forwards. Later series going into the 1970s and 1980s were able to tap into incredible talent pools to produce episodes, including famed auteur Akio Jissoji.

Ultraman stood out thanks to an iconic titular character and high-quality tokusatsu filmmaking from the best the industry has ever seen. Now, those fans of Godzilla could see themselves in the action! And yet, part of the series’ appeal was the show’s lack of black-and-white morality, just as much as it was its hero. Some monsters were evil and needed to be stopped, but some could be stopped without violence by changing their minds.

The show’s exploration of social issues beyond this, such as bullying, resulted in a series interested in bringing people together both on-screen and in the homes of their viewers.

At this point, the series has had an undeniable influence on many of the greatest creators in entertainment today from Guillermo del Toro to Hideaki Anno (who is working on his own Ultraman film, Shin Ultraman, slated for later this year!). Ultraman today is an institution, centered on a character spawned from the kaiju films of the 1950s and responsible for raising the children of the 1960s and beyond on its giant-sized hero entertainment.

Nowadays, the franchise is popular around the world, with new productions regularly being made.

Tokusatsu has, over the years, been inspired and defined by kaiju films and the kaiju genre, and can be classified as an offshoot of the genre that owes lots of its creative footprint to ideas pioneered in the earliest kaiju movies from the 1950s and early 1960s. In the same way, series like Ultraman inspired the kaiju genre itself to evolve in equal measure as we go into the 1970s and beyond. The history of kaiju can’t be untangled from the history of tokusatsu, and vice versa.

Yet both suffered vastly different fortunes as the years went on. As kaiju films suffered from decreased interest and lowering box office fortunes, the budgets of series like Ultraman spiraled out of control for Tsuburaya Productions and TV broadcasters to afford, resulting in an intermittent release schedule for the series in the following years. This left a gap for series like Super Sentai to begin and thrive, developed on a lower budget. Still, the accessibility and appeal of Ultraman and other tokusatsu series, which appealed to the same audiences as kaiju films like Godzilla and Gamera, while being far easier to access, are one of many influences contributing to the kaiju movie’s decline in the Showa era.

You can’t keep a monster asleep for long, however, and it wouldn’t be long until the Heisei era brought about the return of a titan, and kaiju filmmaking made a grand return in a form that still thrives today…

This is Part 4 of a five-part discussion on the history of Kaiju.

The History of Kaiju Part 1: Godzilla (1954): Inspired By Greats, Defining A Genre

The History of Kaiju Part 2: How Showa Godzilla and the ‘Toho Kaiju Cinematic Universe’ Changed the Genre