History of the Game Boy 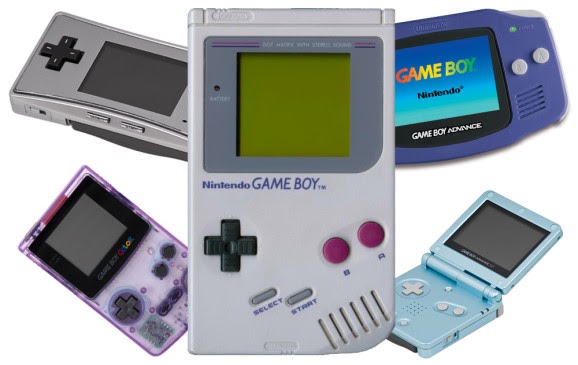 Odds are, one of the first gaming consoles you ever owned was some version of a Game Boy. No matter if you originally got the Game Boy Classic, Color, Advance, Advance SP, or Micro, or what games you played on it, no one can deny the impact that the Game Boy family as a whole has had on the gaming world.

Here is a history of the world’s most popular handheld game console, and how it changed the history of gaming forever.

Game Boy (The Original One)

The first Game Boy was released in Japan on 21 April 1989. It only came in one color – the now-retro gray – and had 8-bit graphics with a green-tinted screen.

It was designed by the same team that developed the Game & Watch and several Nintendo Entertainment System games: Gunpei Yokoi, Satoru Okada, and Nintendo Research & Development 1.

It wasn’t as technologically advanced as other fourth-generation handheld game consoles, like its competitor, the Sega Game Gear, which had a full-color backlit screen. But it was still hugely successful, ultimately selling 118.69 million units!

The thing that made the Game Boy’s popularity truly explode was including Tetris in its packaging. Tetris was already a sensation, and in this portable form, it made the device appeal to both adults and children. Game Spy counted this decision as #4 in their 25 Smartest Moments in Gaming.

The other most popular video games for the original Game Boy, after Tetris, feature some familiar names, and almost all of them are Pokemon. In order, they are: Pokemon Red/Green/Blue, Pokemon Gold/Silver, Super Mario Land, and Pokemon Yellow.

The Game Boy is also known for being exceptionally sturdy. In the museum at the Official Nintendo Store in New York, they have a Game Boy that was damaged in the Gulf War when the owner’s barracks were bombed. It still works!

In 1995, Nintendo released the ‘Play it Loud’ version of the original Game Boy in six different colors: red, yellow, green, blue, white, and clear. It’s possible they wanted to get consumers ready for the…

Very similar to the original Game Boy, the Game Boy Pocket was released in 1996. It came in eight different colors: red, yellow, green, black, clear, silver, blue, and pink. In terms of features, it was almost identical to its predecessor while being smaller and lighter.

While subtle, it did have a few important updates. The display screen was black and white instead of green, and it had an improved response time to limit blurring during motion. It only required two AAA batteries (compared to the Game Boy’s four AAs) for an equal battery life of ten hours. And it included a LED to show battery levels, due to popular demand.

Going back a couple of years, there was another Game Boy-related advancement in technology: the Super Game Boy. Released in June 1994, it was an adapter cartridge that allowed users to play their favorite games on their Super Nintendo Entertainment System, more popularly known as Super Nintendo or SNES.

Since the Super Nintendo can’t emulate the Game Boy at full speed, the Super Game Boy actually had its own CPU hardware inside the cartridge itself! The Super Nintendo itself only served as a means for graphics-output onto the screen, additional coloring, and user input.

In April 1998, the Game Boy Light was released exclusively in Japan. It was almost immediately superseded by the Game Boy Color and was primarily a variant on the Game Boy Pocket.

On 21 October 1998 in Japan, the Game Boy Color was released, featuring some incredible new features and improvements.

Obviously, first and foremost, was the color screen. The Game Boy Color could show 56 colors at the same time and had the possibility to show 32,768 total, and all on 8-bit. It would be the last Game Boy to have 8-bit graphics.

The Game Boy Color made some major advances beyond that, though. It also had double the processor speed of the Game Boy Pocket, three times as much memory, and an infrared communications port.

Another important feature of the Game Boy Color was its backward compatibility, allowing users to play video games designed for an older Game Boy. It was a distinguishing feature the Game Boy family would become known for. Each new model would launch with a much larger selection of games than any of its competitors because of it. 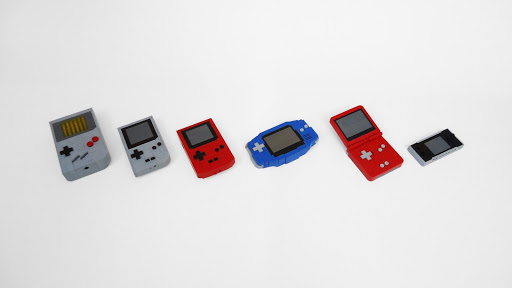 Less than three years later, the Game Boy Advance was released, on 21 March, 2001. It was another huge improvement to the Game Boy line, with several features and upgrades.

It had a Z80 processor, and 32 bit 16.8 MHz ARM, which allowed for a larger, higher-resolution screen than any Game Boy before it. It was also the first Game Boy to introduce the L and R shoulder buttons.

Less than two years after that, on Valentine’s Day 2003, the Game Boy Advance SP (Nintendo model AGS-001) was released in Japan.

Visually, the biggest difference was the look: it was the first Nintendo handheld game console to have a clamshell design with a flip-up screen. It was also the first Game Boy to run on a rechargeable battery instead of AAA batteries, and it featured a switchable internal front-light.

In September 2005, Nintendo released a new model of the Game Boy Advance SP: the AGS-101 mentioned above. Not only did it have the backlit screen, but it also had the dubious honor of being the last Game Boy to have backward compatibility with Game Boy and Game Boy Color games.

The Game Boy Micro is only able to play games designed for the Game Boy Advance or later. It is completely incompatible with Game Boy or Game Boy Color games.

However, it does have the same resolution as the Game Boy Advance and Game Boy Advance SP, while having a screen two thirds the size. It also has the highest quality backlit display and adjustable brightness.

What About the Nintendo DS, 3DS, or Switch?

Technically, they’re not in the Game Boy line!

It was originally meant to be the third ‘pillar’ in Nintendo’s console offerings, designed to complement the Game Boy Advance and GameCube. However, with the DS’s backward compatibility to Game Boy Advance games and strong sales, it ended up becoming the successor to the entire Game Boy line, and all of the others have followed from there.

Over thirty years after the original Game Boy was released, the games are still as popular as ever. Who has never played Tetris, or Pokemon?

Even the fad of 8-bit graphics and music is coming back into fashion! With the nostalgia trend of the late-2010s bleeding into 2020, how could such a fundamental part of our childhood be ignored?

As of May 2020, Nintendo is still dominant in the world of handheld games. Although it’s not in the Game Boy line, the Nintendo Switch has no equal in handheld gaming console sales. Even mobile gaming, particularly games like Pokemon GO, owes a debt to the Game Boy.

And it’s rather heartwarming to think that our culture’s collective memory of and love for those games and that system isn’t going anywhere.