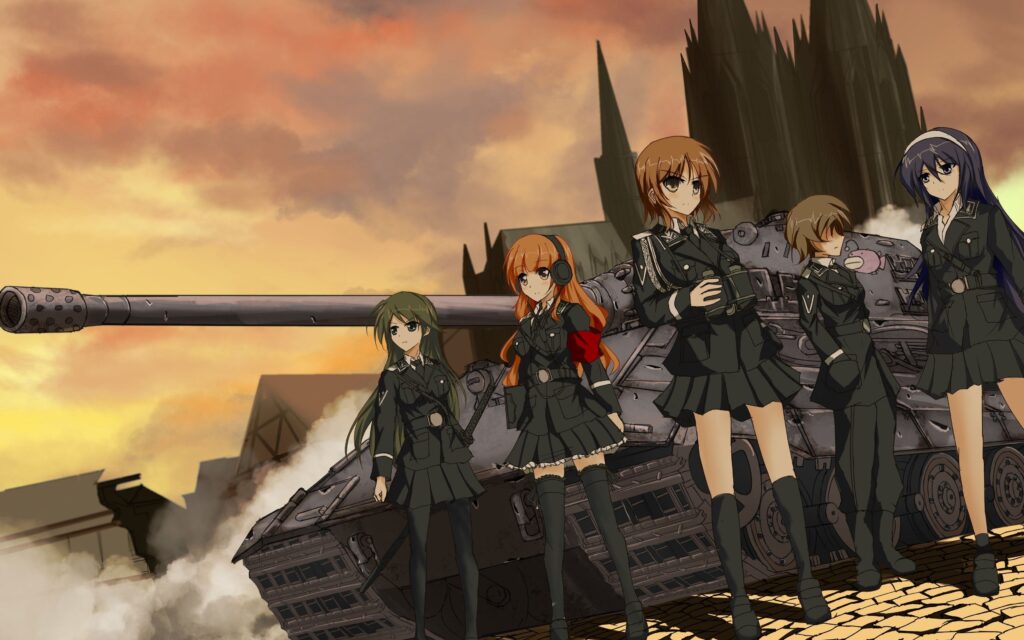 When Actas’ action/comedy anime and manga Girls und Panzer (German for ‘Girls and Tanks’) debuted in 2012, the internet was all for it.

The hype, the memes, were palpable.

While Girls und Panzer is technically a seinen marketed towards young men, something about it hit a chord with all sorts of people.

That something being the hook of cute girls operating tanks for sport.

I don’t know about you, but I’m often taken aback by what qualifies as a seinen as well as what is and what isn’t created with girls and women in mind. In fact, I used to think the magical girl genre was strictly tailored for female viewers until recent years.

Not that there’s anything wrong with magical girls and, in the case of Girls und Panzer, ‘tank girls’ being included in a male-oriented genre, but I do have my doubts as to why guys tend to like these series…

I’m just saying, I don’t think it’s always for the story being told.

There’s a long history of Japanese media and products in the spirit of Kantai Collection, Girls’ Frontline, and Azur Lane that feature cute girls as (or transforming into) weapons that end up quite literally objectifying said preteen and teen girls.

I admit, this trope has its appeal.

The concept of female characters turning into powerful weapons is just cool in general; but again, I think this type of content is more about collecting waifus than the waifus themselves.

However, Girls und Panzer flips this script by giving its female characters, appealing as they are, actual things to do and strive for. They’re girls with agency who don’t exist for the sake of mindless fanservice.

Though fun shoujo shenanigans are still very much present. 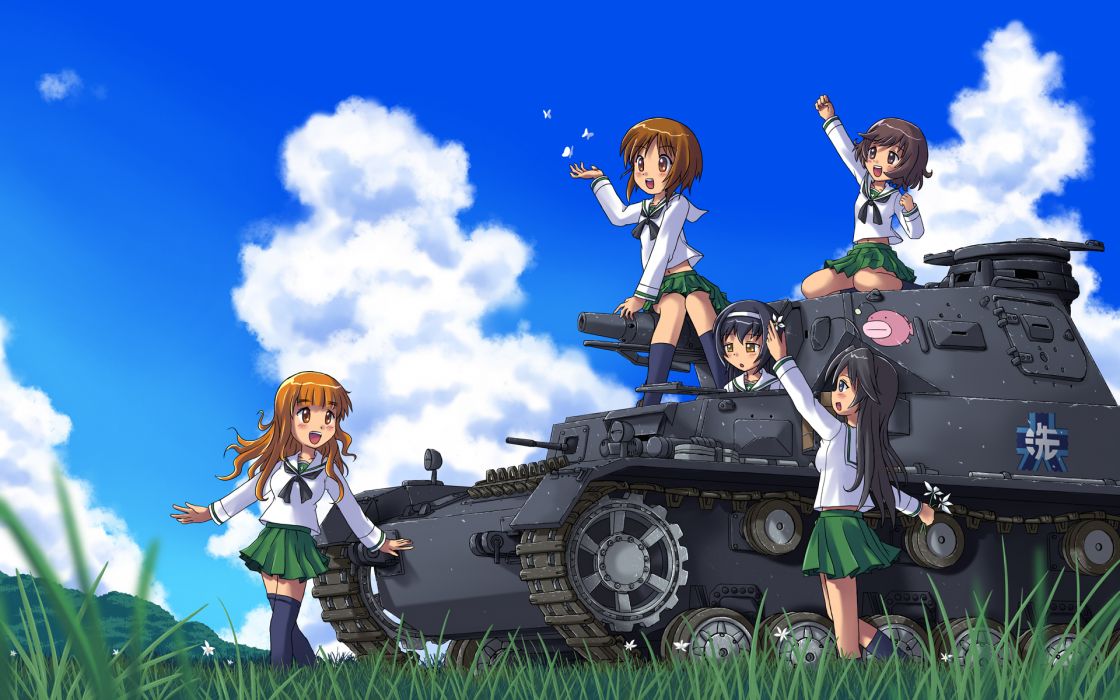 What Is Girls und Panzer?

Girls und Panzer takes place in a world where ‘sensha-dō,’ the art or ‘way of the tank,’ exists as both a school sport and traditional martial art.

The Girls und Panzer anime series follows mild-mannered Miho Nishizumi as she gets roped into joining Ooarai Girls Academy’s sensha-dō club by the student council as a result of her being the one student with prior (albeit, a traumatic) experience.

Miho and four other classmates come together to form the school’s Anglerfish Team and spend the rest of their twelve-episode run bonding, keeping morale high, and learning the ropes of tankery.

Not to mention learning the strategies and tactics expected of a real war scenario.

The art of tankery isn’t exclusive to club hours either.

Most of the show’s drama and tension come from Miho and her teammates researching, scouting, and sorting through their feelings regarding rival schools and the season finale showdown.

From 2012 to 2014, special OVAs focusing on the lighter moments of the Anglerfish Team as well as other schools and students were released. In 2016, a film-length OVA, ‘Alice War!,’ was released as a follow-up to Girls und Panzer der Film (2015).

Speaking of Girls und Panzer der Film, the movie serves as a direct sequel to the TV series and really deals with the nitty gritty. Yeah, we’re talking the exciting world of legal ramifications!

In order to save their school from being shut down due to an unhonored agreement and lack of funding, the Anglerfish Team is forced to win a global tournament while being pit against other top contenders. Not only do we get bigger action and returning rivals this time around, but the official start to the Girls und Panzer das Finale cinematic series.

Miho Nishizumi’s experience in sensha-dō makes sense considering she comes from a family with a long history in tankery. However, her reluctance to get back in the game is what drives (no pun intended) her for more than half the TV series.

Though soft-spoken, Miho is a girl whose commanding presence shines through when her friends need it the most. Miho’s younger self was also featured in a spin-off manga called Girls und Panzer: Little Army (2012-2013).

Saori Takebe and Hana Isuzu are the first two girls to befriend Miho upon her transfer.

Saori is the boy-crazy radio operator of the Anglerfish Team with a bubbly, love-loving personality. She’s very much a big sister and when it comes to tankery, relying on each other as a found family would is a must.

On the opposite end of the spectrum is Hana. The gentle, but resolute Hana serves the Anglerfish Team as its gunner, a far cry from her previous flower-arranging hobby.

Unlike her teammates, Yukari Akiyama starts out a hardcore sensha-dō fangirl.

Yukari is the type of character I could easily see in Miho’s place, a character they often misunderstood whose long harbored passion for military history and tanks as a child. But thanks to the show’s turn of events, she gets to realize her dreams as a loader and spy.

My hunch wasn’t exactly misplaced as Yukari happens to be the protagonist of the Girls und Panzer manga.

The driver and this writer’s personal favorite, Mako Reizei, is an intelligent, yet lethargic girl who’s forced to join the team so as to fulfill her last graduation requirement. 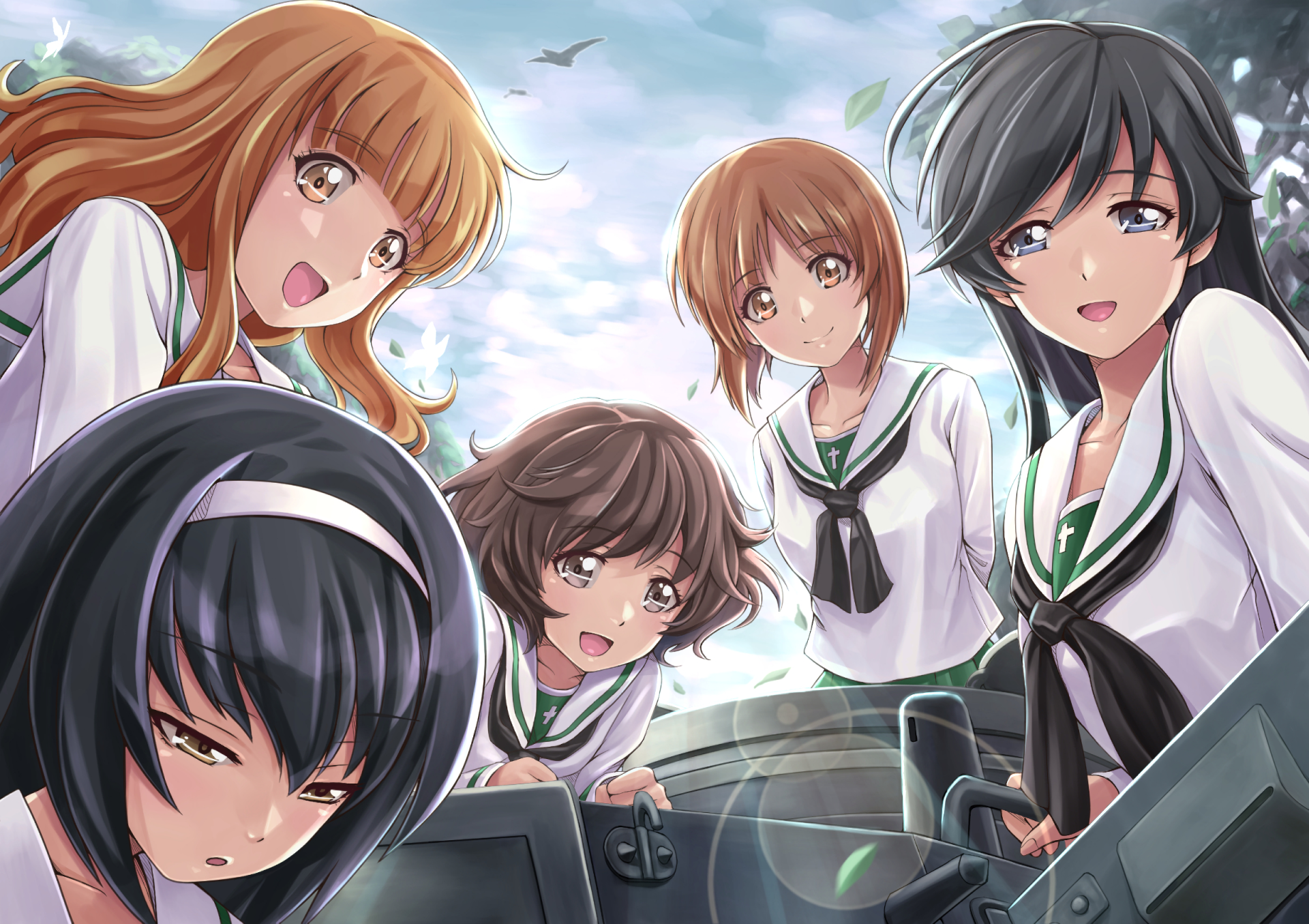 The Future of Girls und Panzer

With the resounding success of the Girls und Panzer anime series and its first two films, a new six-part cinematic series was put in development.

At its heart, das Finale is a love letter to a franchise that rose well beyond its gimmicky premise. It’s a drawn-out episode blown out of proportion in the best way possible.

While we have yet to hear any news or set dates regarding the third part of das Finale, if the films’ release schedule thus far is anything to go by, we should expect the next film to come out in 2021.

If you don’t mind the cliff-hanger nature of the movies, they sound like great watches for any Girls und Panzer fan. If reading’s more your thing, spin-off manga Motto Love Love Sakusen Desu! (2013), Ribbon no Musha (2014), and Der Film Variante (2016) are all ongoing series.

As someone who was amused at best by the idea of Girls und Panzer, the franchise as a whole has proven its ability to balance heart, heavy artillery, and girls with dreams and wants of their own time and time again.