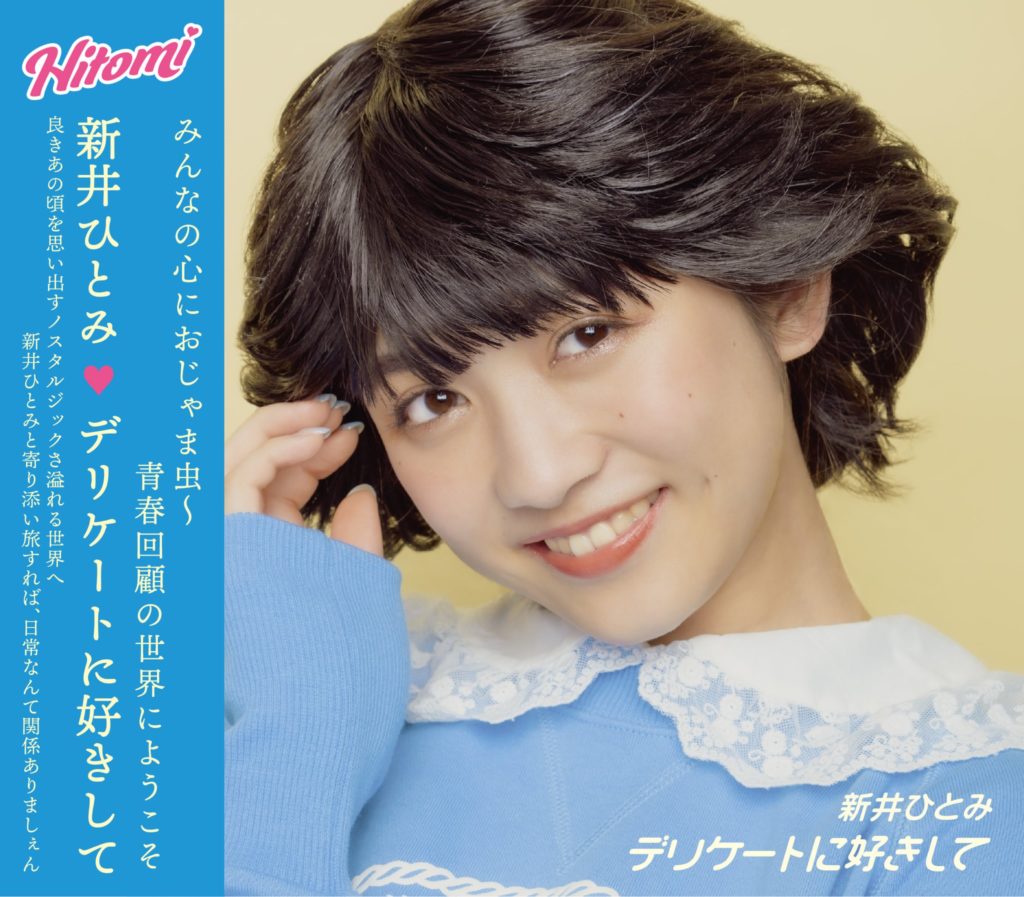 Even without having heard of the anime before, you’ve likely encountered Creamy Mami in some form if you’ve been following the industry for long enough, whether through watching the anime itself or even through seeing the series through street fashion collaborations. The anime’s popularity made its voice actor/vocalist star Takako Ohta a well-known figure back in the 1980s, it was a pioneer of the magical girl genre and still stands strong among its contemporaries today, while the anime’s titular character remains both recognizable and beloved. For Takako Ohta, her role in Creamy Mami was her big break for both her voice-acting and her singing career, with multiple albums and high-profile voice acting roles, including in Hayao Miyazaki’s Nausicaä of the Valley of the Wind film, coming about thanks to her success here. It’s this solo success that current Tokyo Girls’ Style’s Hitomi Arai is hoping to achieve with her major debut solo single, a cover of Delicate Ni Sukishite from Creamy Mami that was originally performed by Ohta, with eye-catching promotional art that transports us back in time to its 1980s origins.

There’s a paradoxical blend of styles found within Hitomi Arai’s major debut, with a modern take on a 1980s idol being the concept taken by an artist from a group founded during the post-AKB48 idol boom. This leads to a unique and interesting mix with this iconic classical pop song by an older generation of idol, with all the marketing and promotional techniques that come alongside it. The single is authentic to its roots, with even the costumes that Hitome is wearing to promote the release are inspired by popular solo idols of the 1980s. The goal behind this release is to evoke a period of time far removed from the modern musical landscape with its sound, even though the CD release certainly embraces modern sensibilities, with DVDs of a music video for the single and even a VR version of the song being produced. Old meets new as the 1980s idol enters the modern age.

For me, this is an almost perfect release. I’m a massive fan of Japanese music from this era and will often mix up my album rotation with classic albums from the likes of the late Okada Yukiko, Matsuda Seiko and Yoko Minamino. Although this release looks set to evoke the classic song it is covering rather than try to create a brand new song in this 1980s idol style, I’m interested in this CD nonetheless. Furthermore, if Hitomi Arai has a chance to release further solo singles in the future, I would love to see her develop along this style while stepping away from covers like this Creamy Mami single and into creating new music that embodies the 1980s idol concept.

Hitomi Arai’s major debut single, Delicate Ni Sukishite, will release on November 27th, and you can find out more about the single over on her official website.