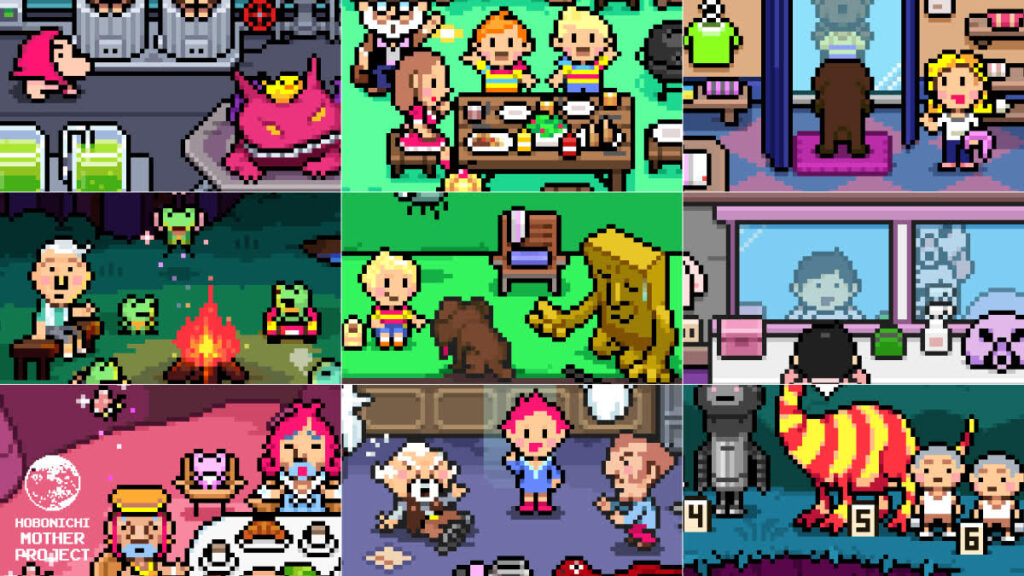 What if Mother 3 was a movie? Well, Hobonichi has you covered! In celebration of the game’s 15th anniversary, they created a series of unique pixel art images in Mother 3’s art style that reimagine the game as a production on a movie set.

Hobonichi, run by the game’s initial creator Shigesato Itoi, have been celebrating Mother a lot over the last year through the Hobonichi Mother Project, which has brought with it a number of cool pieces of Mother-themed merchandise, including, amazingly, script books! While not merchandise in this case, the 15th anniversary Mother 3 celebratory images are an extension of this.

The concept behind this pixel art is simple: what if Mother 3 wasn’t a game? What if everything that happened in the game was being recorded as though it was a movie, and the characters were actually actors? What would happen backstage?

These 15th anniversary Mother 3 images are taken in this reality, where the characters on both sides of the battle are relaxing together backstage between shoots. They’ll be joking on together or hanging out, and you see heroes and enemies alongside each other. Some of the images have them sharing a meal, and others show a fitting room. It’s a fun way to get the mind rolling, and the images themselves certainly do look like they were taken directly from Mother 3. 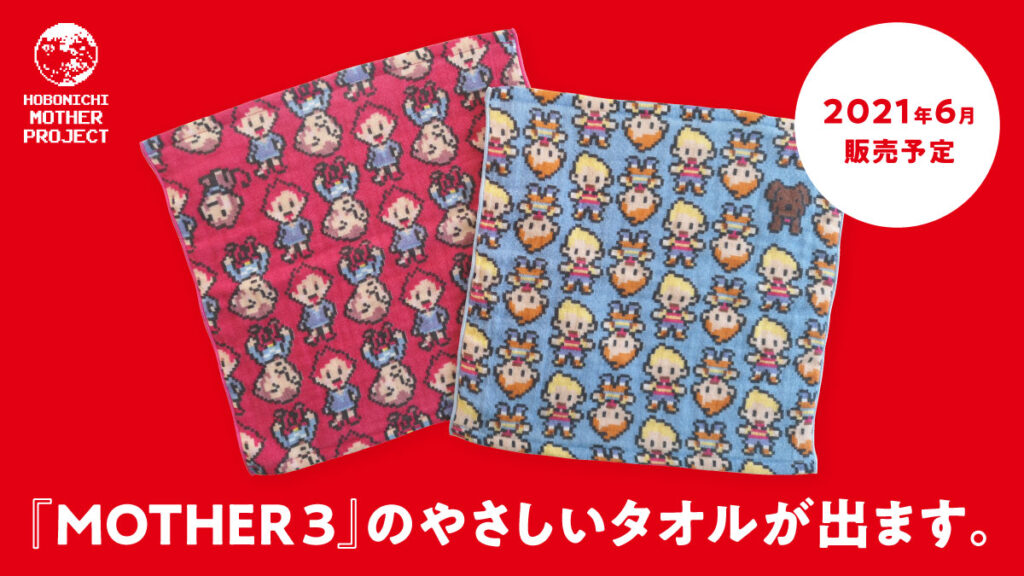 Oh, come on… did you think there wouldn’t really be any merchandise linked to this? While the artwork is clearly the focus, and it’s a celebration of the game, it doesn’t mean we don’t have some Mother 3 hand towels going up for pre-order. These are all based on the game, and though they won’t be shipping immediately, you can pre-order them ahead of a planned June release date.

The Hobonichi Project is ongoing and includes work on a new Pollyanna comic! You can find out more about the project over on its official website.