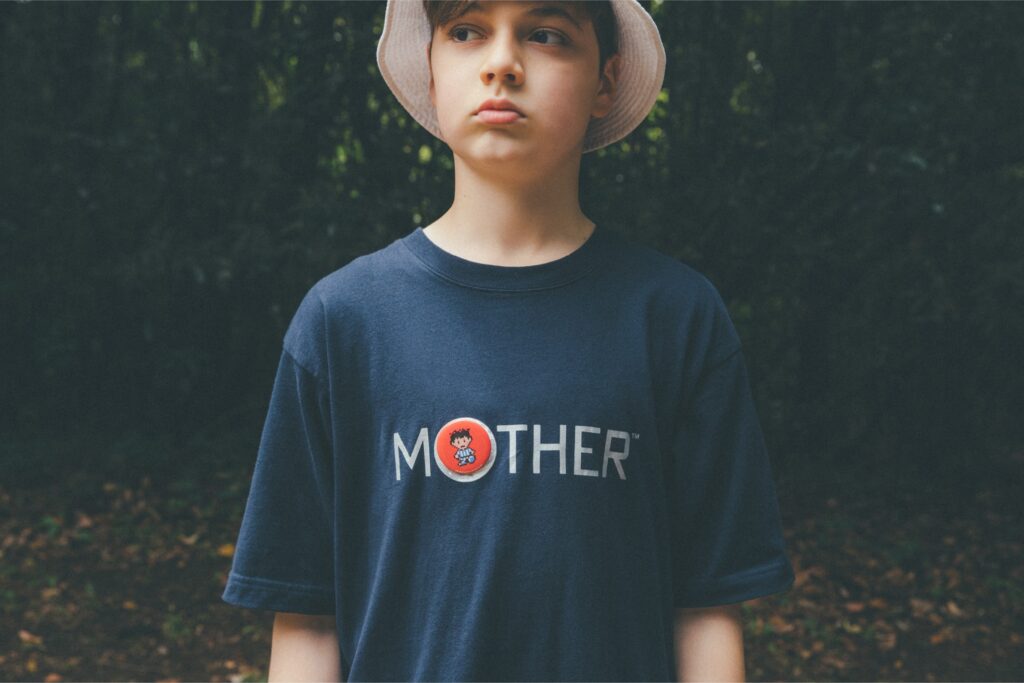 Just the other day I excitedly wrote about the HOBONICHI x New Era MOTHER Baseball Caps that are coming out at the beginning of July, and now today they’ve given me even more goodies to get excited about! Dropping on 1 July alongside the hats are a number of new character-focused items, each with different levels of utility.

First up is a collection of plush Character Mascot magnets featuring fan favorites like Mr. Saturn, Starman, and the Fobby (I’m personally jazzed about the ghost and Happy Happy-ist) and will run 1,100¥ for the smaller characters and 1,320¥ for the Starman. 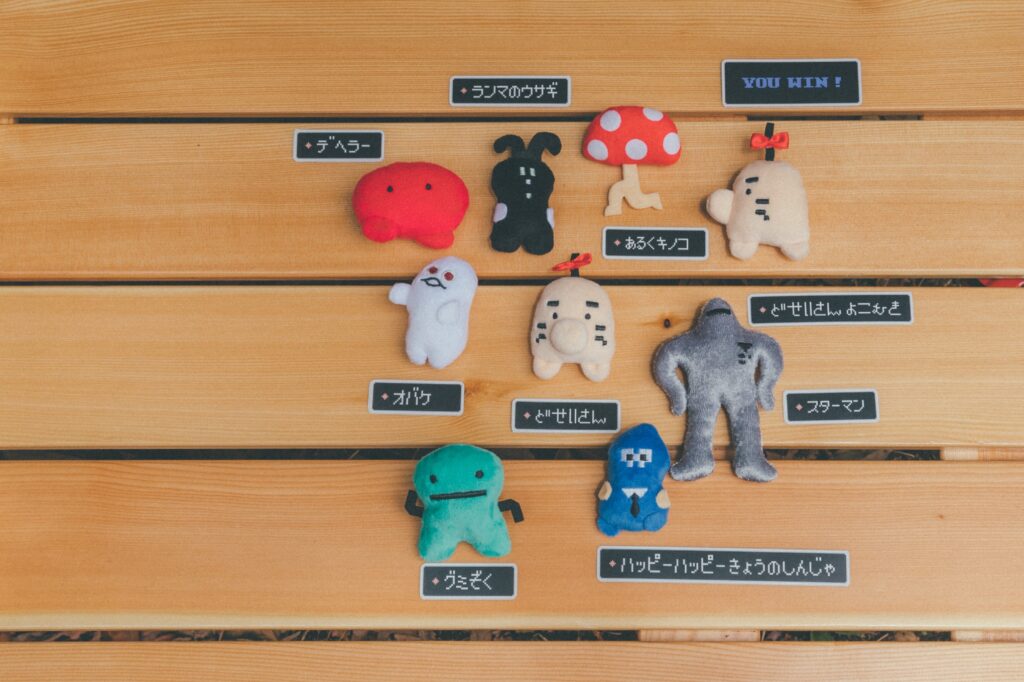 Next is a pair of hand towels featuring the main cast of MOTHER 3. Lucas, Claus, and Boney on one and Duster, Kumatora, and Salsa on the other. These are going for 1,320¥ each. 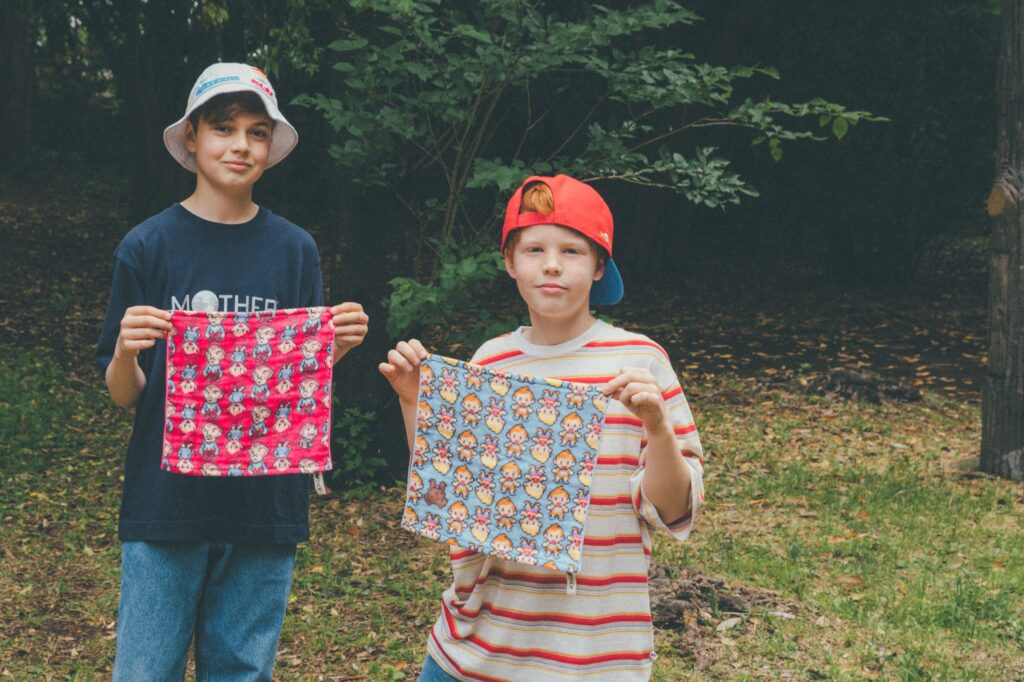 Series 2 of the MOTHER can badges will also go on sale featuring designs from across the whole franchise. The first series proved popular, and can badges are generally well-liked merch so these were inevitable. They’re packaged blind-bag style and sold as a box of 20 for 10,340¥. 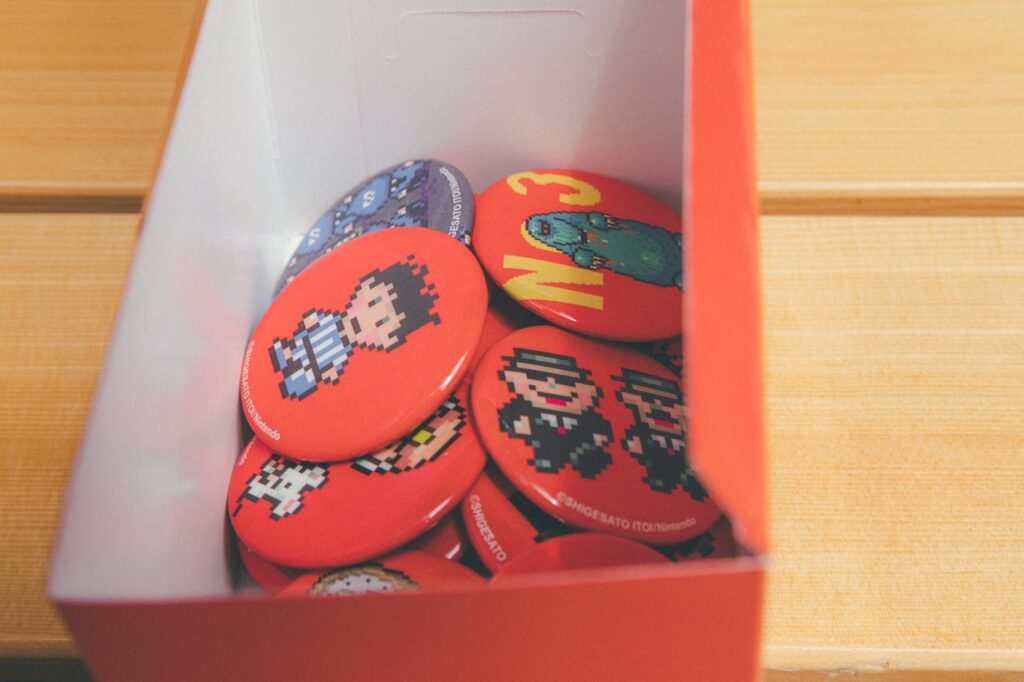 A new MOTHER logo t-shirt is also dropping, this time in navy blue with silver print. These shirts are extremely nice quality (I picked up the Red shirt from the first batch) and feature the iconic MOTHER logo in large print across the front. This one will set you back 4,950¥. 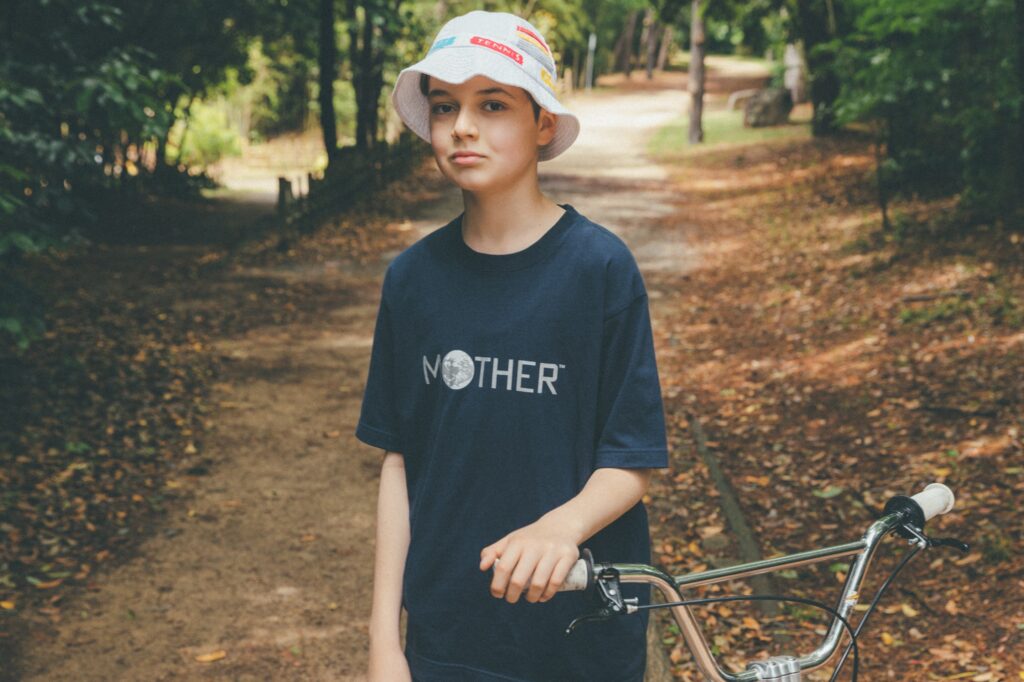 A new MOTHER merch drop wouldn’t be complete without some stationery items and this time around we get a new pair of clear files featuring Mr. Saturn and Starman. Just like the previously released clear files, these are 550¥ each. 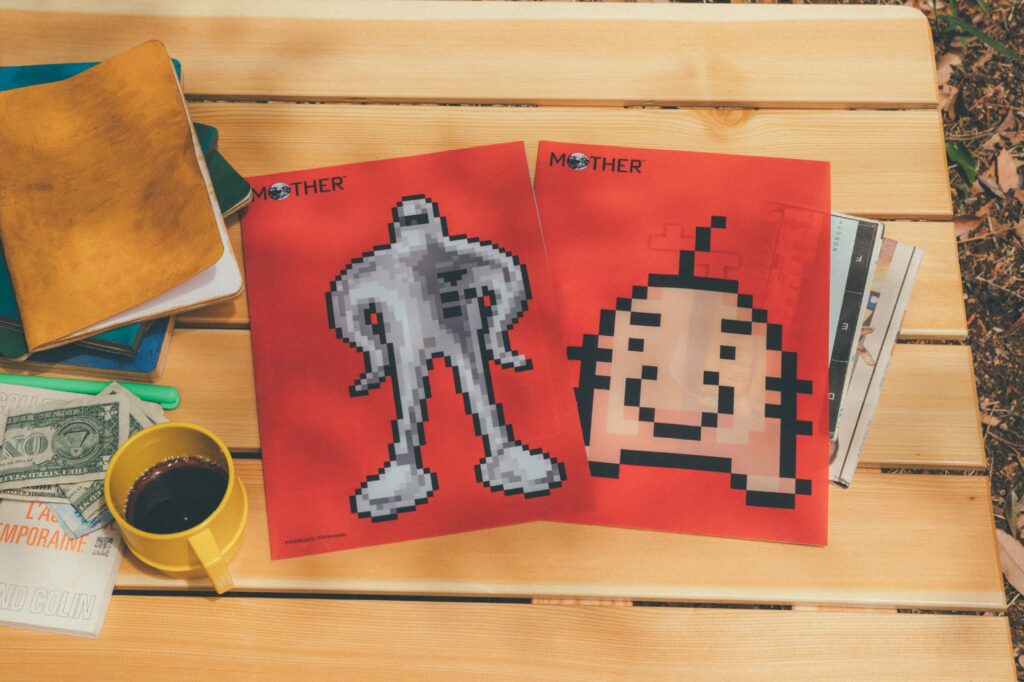 Continuing with the theme of new items featuring random characters in the game, a new brass pin featuring the Ramblin’ Evil Mushroom is also being released. This joins the other previously released jewelry quality pin brooches of Mr. Saturn, Starman, and the Franklin Badge and costs a pricy (but fair for the quality) 4,400¥. 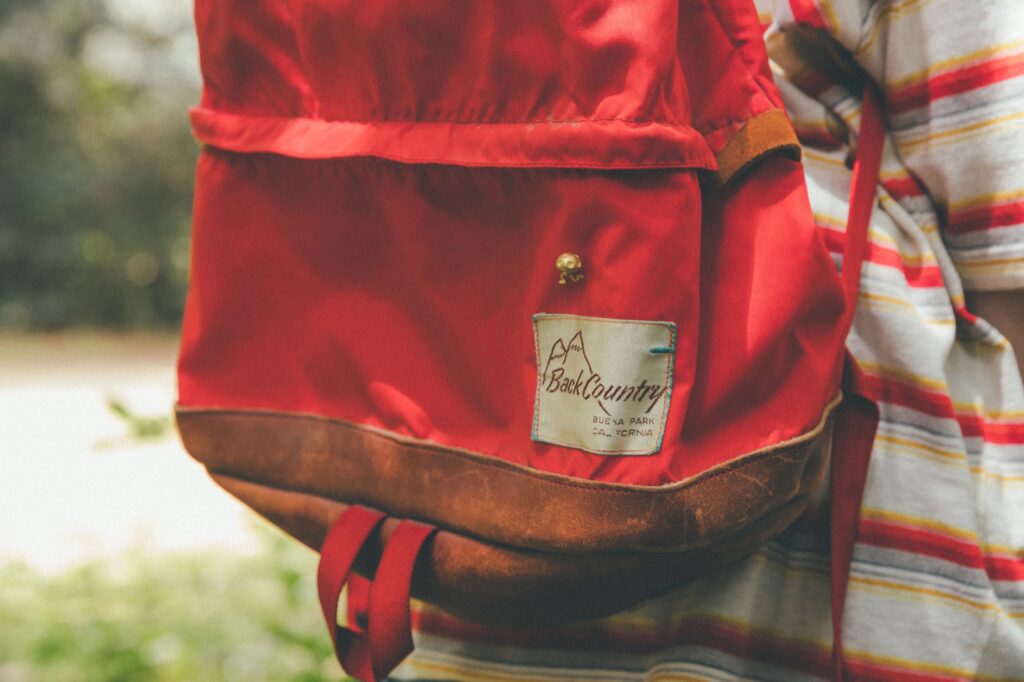 Last but not least is a new set of acrylic keychains featuring characters from across the MOTHER franchise. These will cost 1,320¥ each. 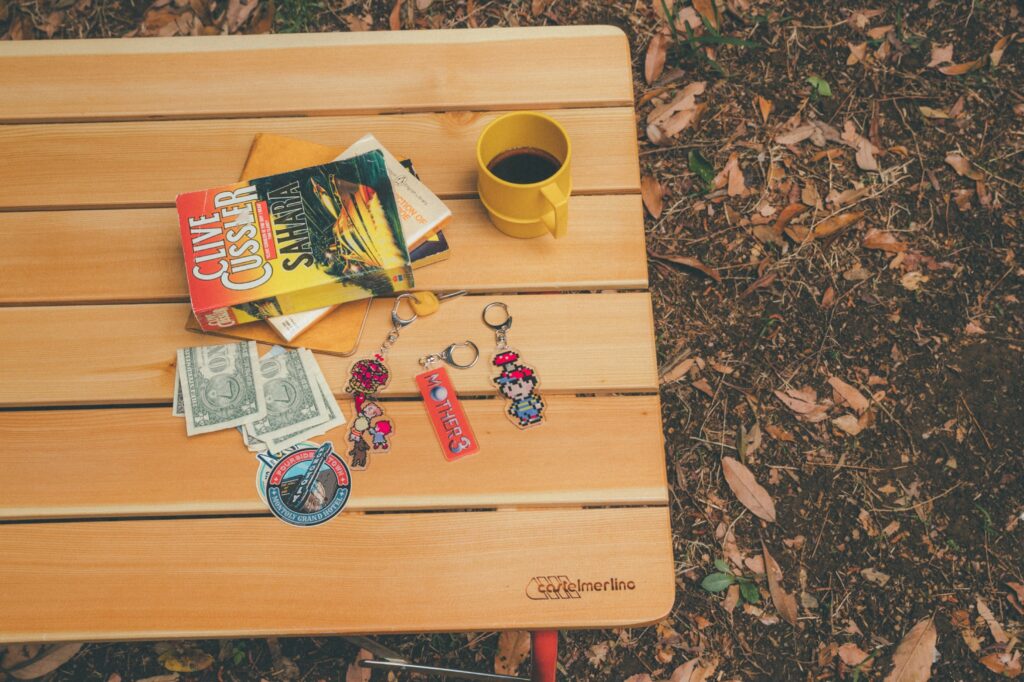 In addition to all of the newly announced goods, several previously sold-out items from earlier merch drops will be restocked on the HOBONICHI webshop for those who missed out on them.

All of these new items will be available on the HOBONICHI web store starting 1 July, no word yet on whether they’ll be showing up at either of the TOBICHI locations or the Shibuya PARCO pop-up shop but we have a good feeling they will.