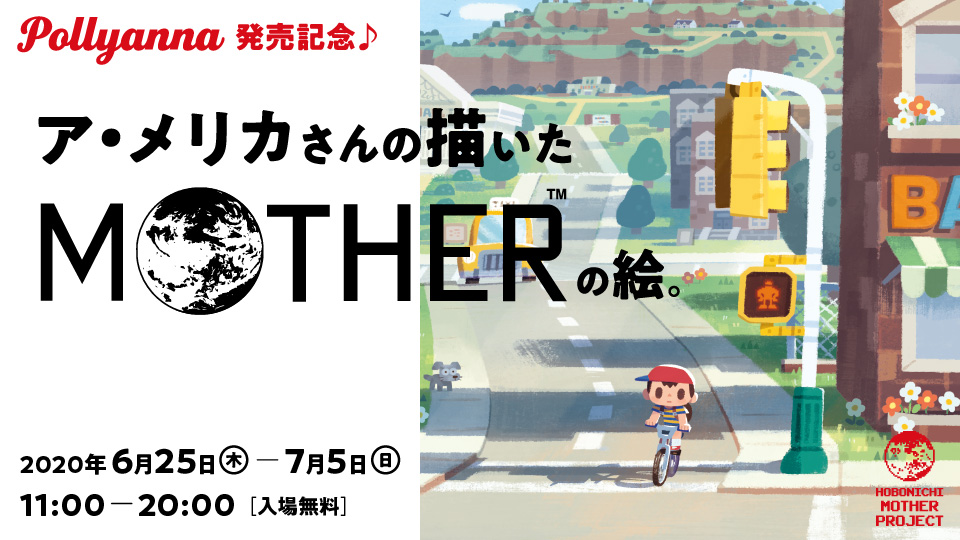 The HOBONICHI MOTHER PROJECT continues! Coinciding with the opening of preorders for the Pollyanna Comic Book & MOTHER T-Shirts (already sold out but restocking in August), HOBONICHI has announced A・MELICA’s Paintings MOTHER Gallery taking place at Shibuya PARCO later this month.

A・MELICA is an artist based in Tokyo who is a longtime fan of the MOTHER series and has been making artwork based on the series for quite some time. They created the cover for the Official MOTHER Comic Book, Pollyanna, and has done work for a wide range of companies from Square Enix to Avex Inc. You may have seen examples of their work around in the past as a quick glance on their official website has a number of fan artworks which I know I’ve definitely seen shared around social media. I would definitely recommend checking them out on Twitter & Instagram for more examples as well.

The official site for the event previews a few of the works that will be on display with comments from A・MELICA to give a taste of what to expect: 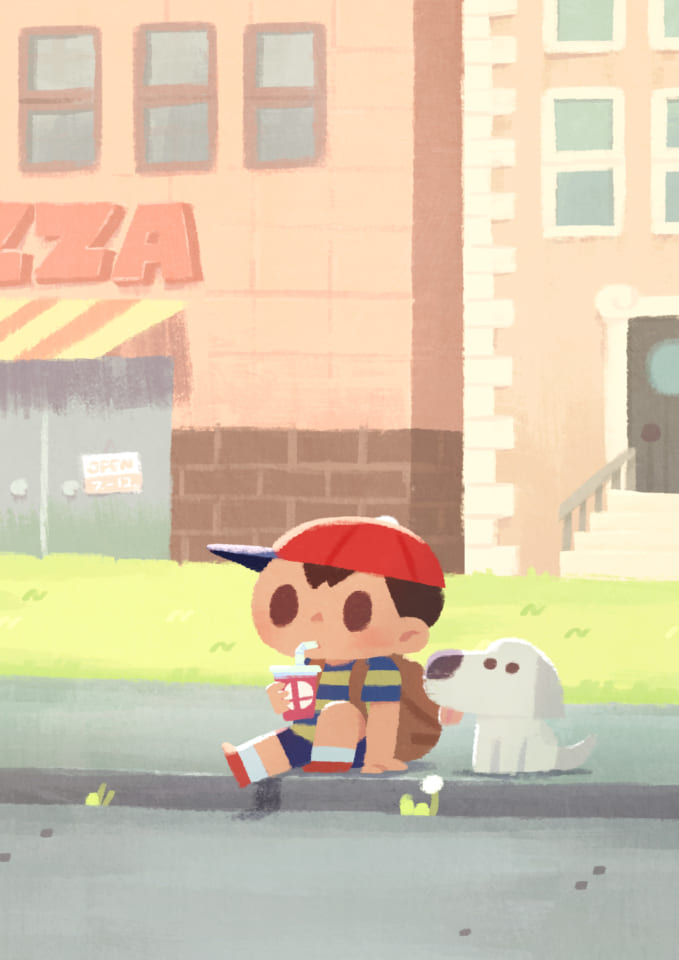 2018
Ness and Chibi walking in Onett. I drew this to celebrate the release of Smash Brothers SP, and the paper cup has the symbol on it

2017
This is about “Memories”. The setting is not the city in the game, rather where I spent my time in San Francisco. 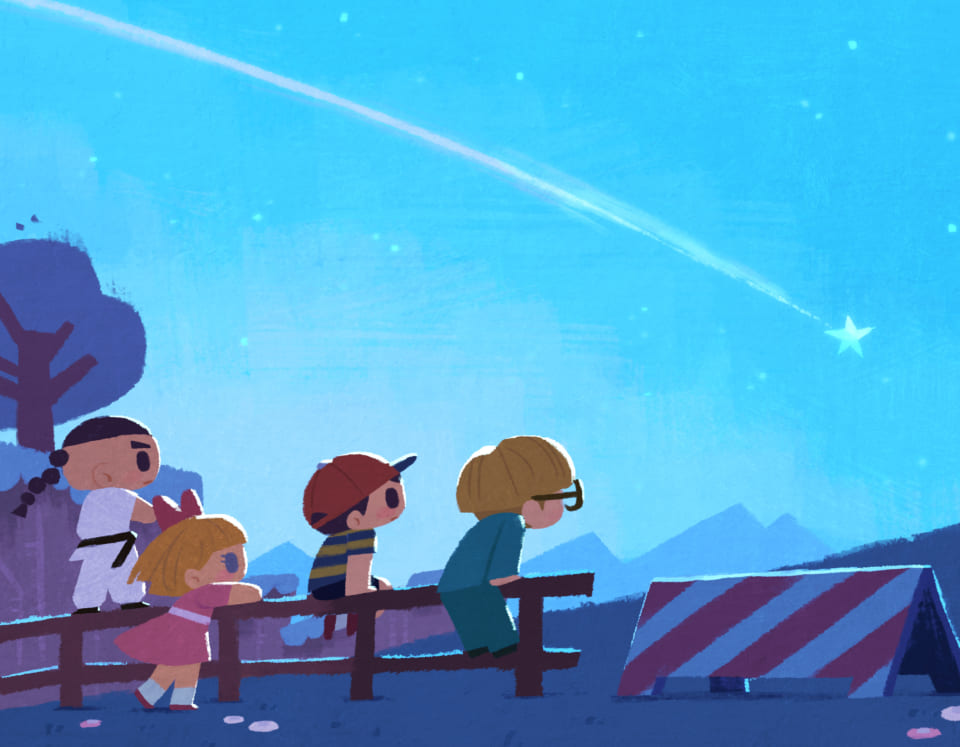 2018
This is something I drew in Spring. I drew this with a bit of a feeling of sadness and hope.

In addition to the gallery itself, the official site for the gallery highlights some additional features which will be on display for vistors to enjoy. A special MOTHER themed photo spot complete with props will be on-site for fans to take pictures at and a video display showing A・MELICA at work has been prepared and will show his process in action. Limited merchandise will also be available for sale including postcards, art books, and the Pollyanna comic. Additionally, a display with MOTHER series goods which won’t be for sale is going to be present as well, which is going to include shirts, towels, and other items.

I’ve repeatedly professed my love for this franchise in articles covering this project and on our YouTube channel, so I’m beyond excited to be able to go check this out. The gallery is opening up on June 25th and runs through July 7th, so it’s a bit short notice to plan a trip to come check it out specifically (especially with the current global travel situation), but I really hope that many MOTHER fans get to see this for themselves. As HOBONICHI has been incredibly proactive with releasing information related to their MOTHER project I’m sure they’re expecting a great turnout. And seeing as the project was only just recently announced and they keep promising more to come, I can’t wait to see what’s next.