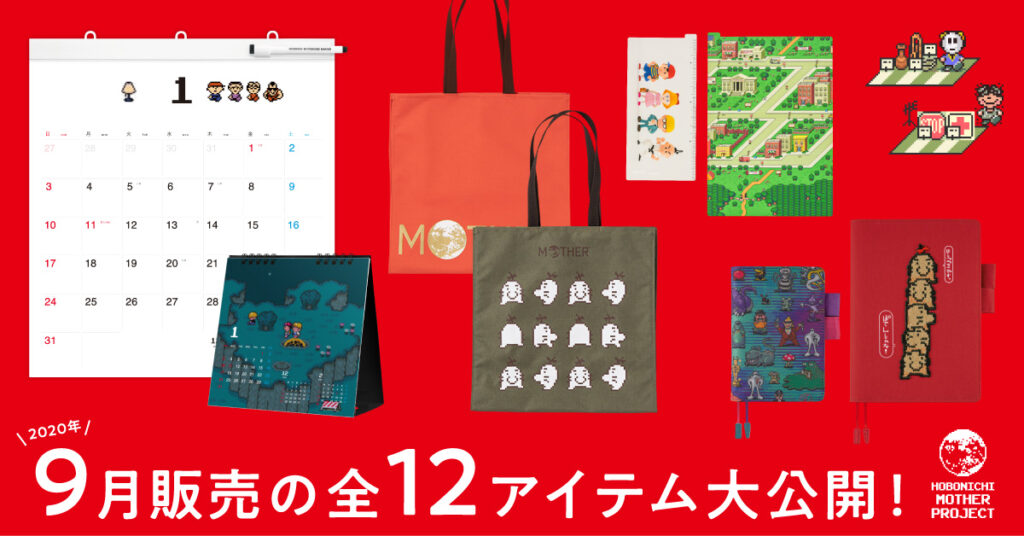 As we had previously reported on, Japanese lifestyle brand, and popular techo (day planner) maker, Hobonichi, announced earlier in the year, “MOTHER PROJECT,” a project spanning the MOTHER universe with products which tie into Shigesato Itoi’s lifestyle brand, Hobonichi. Since it’s inception, there has been an artbook, apparel items, an art exhibit, as well as a number of other tie-in events and products. Today, they announced a number of new items to their MOTHER Project lineup.

One thing that Hobonichi is known for is their absurdly eloquent day planners, also called ‘techo’ in Japan. This wave will include just that, their infamous techo. They are exactly what they say they are, essentially a book in which you can place your schedule, get quick facts, or take notes. But what makes Hobonichi Techos standout are the covers which they sell to accompany their books. They are usually made out of a finely crafted fabric that may or may not have print on them.

While this isn’t the first time Hobonichi has released MOTHER series techo covers, the designs are all brand new. The MOTHER techo covers will come in 3 different variants, one which is their standard style featuring a collage of enemies from MOTHER 2/Earthbound. The other two are a little more extravagant as they have an embroidered Mr. Saturn Ladder featured on the front, and that’s not all, this cover will also be available in an A5 size dubbed the “Cousin Techo”, a first for the MOTHER series covers. A new Hobonichi techo “weeks” planner featuring the chosen four from MOTHER 2/Earthbound is also being released alongside the new covers. In addition to the techo & covers, they are also releasing hard plastic inserts that can be placed behind pages in the techo to give a more firm writing surface, in both sizes. 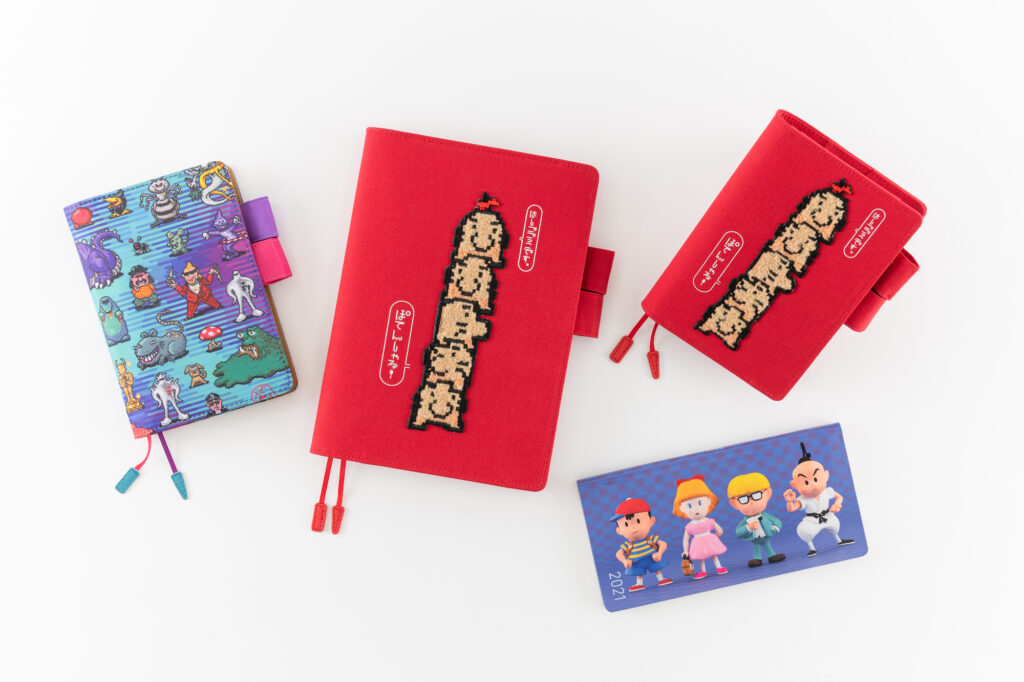 In inclusion to the techo, Hobonichi will also be releasing a series of calendars for the year 2021 including both a wall calendar that can be written on with a dry erase marker, as well as a flip desk calendar featuring art from the MOTHER series.

That’s not all, Hobonichi went all out on this drop and has also included 3 new eco-canvas bags that can be purchased. This is a major move as out here in Tokyo, plastic bags are no longer free. I know many places in the US have shifted to a similar concept, so what better way to get your shopping done than with a super snazzy MOTHER eco-bag?

The new techo covers & weeks planner will go on sale at 11 am JST, September 1st. Everything else will go on sale at 11 am JST, September 10th. All of the products will be available at both the Hobonichi online store, which will ship internationally, or if you’re in Japan near one of their TOBICHI flagship shops you can pick them up in person.  If you’re a fan of MOTHER or Earthbound, you won’t want to miss out on these because they tend to sell quick, and there’s no guarantee of a second print run!