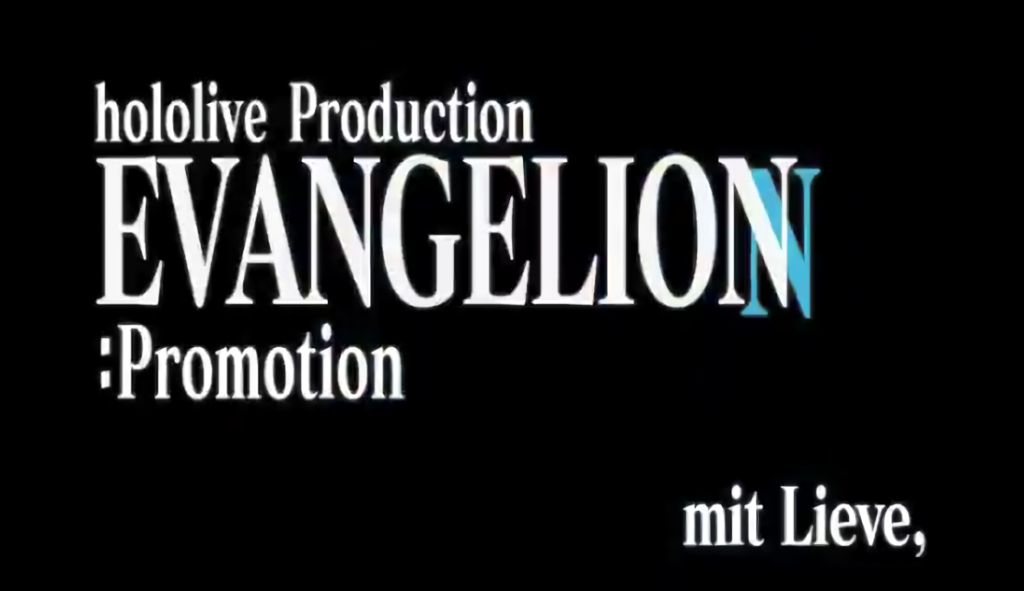 As if the star of hololive hasn’t risen high enough, the virtual YouTuber agency is now teaming up with Evangelion for a crossover to promote the fourth and final movie, Evangelion 3.0+1.0: Thrice Upon a Time.

According to the official Twitter account, the crossover will take place tomorrow (3 July) at 7 p.m. Japan time on the main hololive channel. Consisting of a panel show where several of the company’s biggest talents will discuss their favorite scenes from the movie, it will contain spoilers. In fact, the stream will not even be scheduled until tomorrow to avoid the corrosive influence of spoilers in the waiting room.

Taking part in this hololive x Evangelion collaboration will be Houshou Marine, Uruha Rushia, Shirogane Noel, Minato Aqua, Sakura Miko, as well as another secret guest. Staff member A-chan will be moderating the discussion, but for many of those involved, it is a dream come true: many of them have talked in the past about how much they love the series.

Is it that surprising to see hololive team up with Evangelion? To a certain extent, not really, because the series seems to cross over with every single property and every single manufacturer under the sun. Yet, it is also indicative of hololive’s increasing influence within the entertainment industry: the company didn’t even exist two years ago, after all.

The hololive x Evangelion collaboration stream will take place tomorrow (3 July) at 7 p.m. Japan time on the main hololive channel. With any luck, they might do an official version of this excellent parody video!