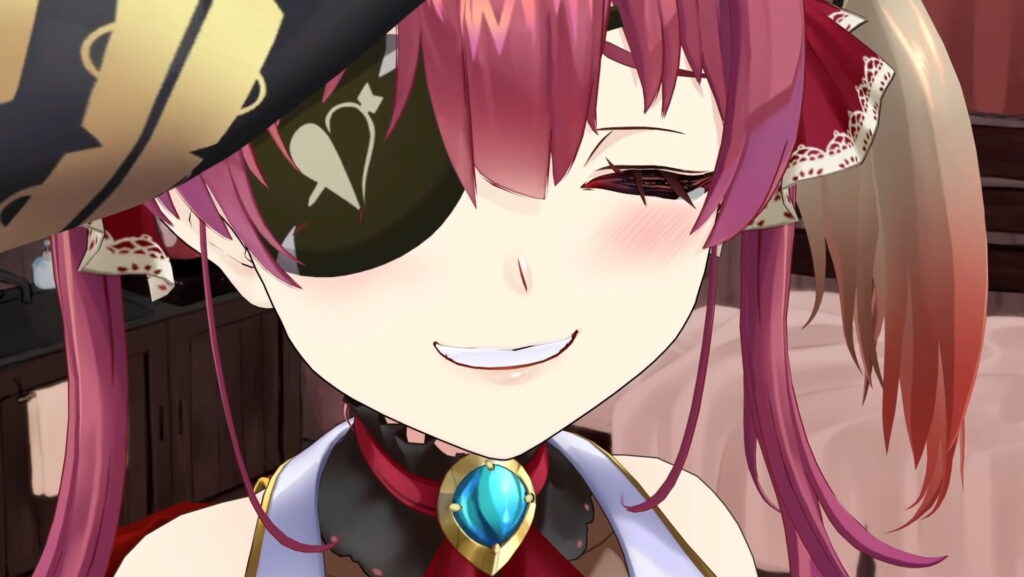 Between the first and second generation of Virtual YouTubers (VTubers), there was a large shift in the content that these personalities created. While the first wave of creators such as Kizuna Ai and Kaguya Luna focused on short, digestible videos that showcased their personalities, the current generation will often stream for hours at a time, usually while playing games. Even if this ultimately proves more engaging for the die-hard fan, this can make getting into the second generation a bit intimidating for the uninitiated. Nevertheless, Hololive’s latest ‘shorts’ craze might provide the solution to that.

As a company, Hololive was arguably behind the shift in content between the two generations, alongside rival agency Nijisanji. In a way, by prioritizing live streams over videos, the ‘tuber’ element was lost from ‘VTuber’: no longer were these personalities producing the highly edited, short-form content that the site is known for, but marathon VODs in the vein of Twitch or other live streaming sites.

They were now, for all intents and purposes, ‘virtual livers.’

The Beginning of Hololive’s Shorts Craze 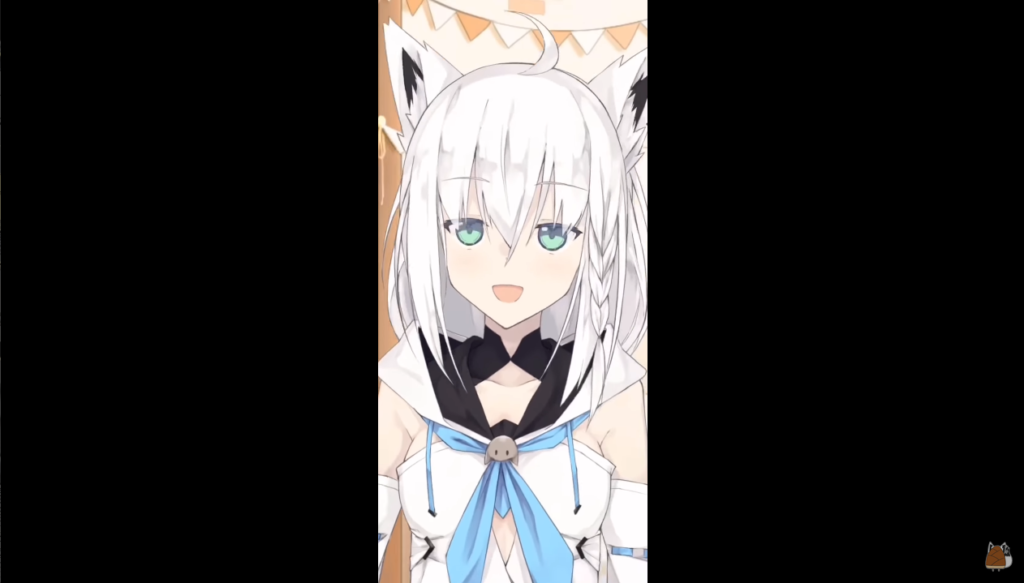 If you’re subscribed to any number of Hololive creators, you may have noticed something quite strange as of late: your sub box is full of shorter, more comedic videos with eye-catching English titles. These are the ‘shorts.’

Fubuki has always enjoyed making short skits, with the first being uploaded on 9 September 2019. Titled ‘ドー＼＼\ ٩( ‘ω’ )و //／／ーン,’ this was apparently first shared to Twitter, meaning that it was not purposefully made for YouTube. A series of other short videos followed, but the first seemingly made for YouTube was ‘Shirakami Fubuki”JUST DO IT” Motivational Speech,’ which features her mirroring Shia LaBeouf’s iconic performance alongside the original English audio. A Japanese version followed later, but what made this one special is that it was made with English-speaking viewers in mind.

Digging through the hundred, if not thousands of hours of Hololive footage to see who pioneered this or that trend is nearly impossible, so it’s likely that my conception of the ‘shorts’ craze is highly influenced by the small circle of creators that I am subscribed to. Yet, I first took notice when Fubuki uploaded ‘please !’  on 12 November 2020, asking for a ‘FOX BURGER SET and Coke, please.’

How could I resist?

The craze didn’t seem to affect other creators until Houshou Marine uploaded ‘I have no panties’ on 3 January 2021. While this wasn’t the first piece of short content she had ever produced (that accolade goes to ‘ぼ く は カ メ / i’m a turtle’ from 29 September 2020) this was the first featuring her 2D model, as well as seemingly geared towards international audiences.

In order to use their 3D models, it is known that Hololive creators must travel to the company’s motion capture studio, located somewhere in downtown Tokyo. It makes sense that they would make such special videos as ‘i’m a turtle’ so that they get the most out of this opportunity, but it arguably stopped being ‘special’ when creators began to use their regular 2D models, which are always available to them. In fact, these kinds of videos became a part of their regular upload schedule. 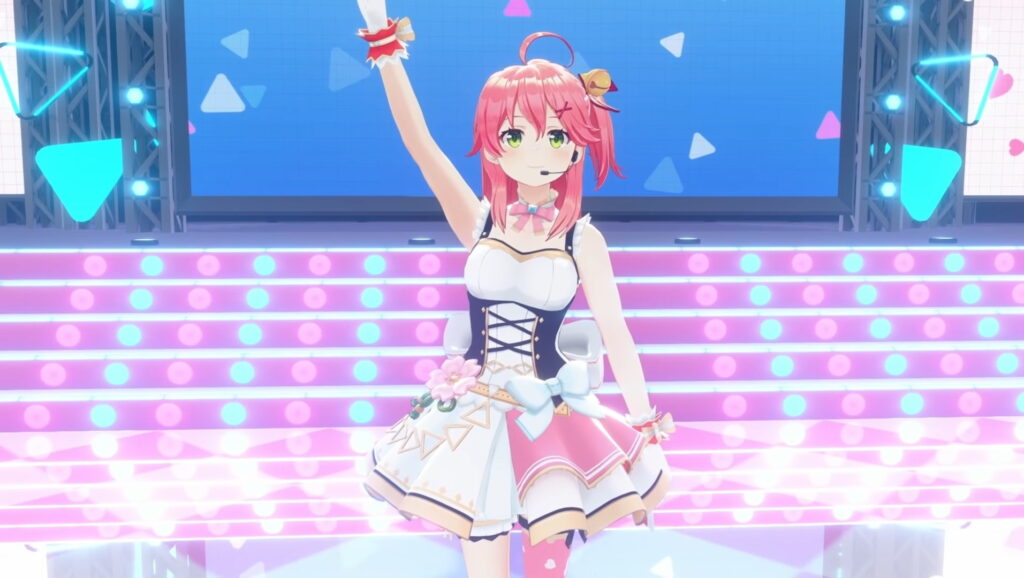 This brings me onto the second point. Not only are these shorts now an integral part of Hololive’s production schedule, but seem to be targeted at English-speaking or international viewers in particular.

This isn’t that surprising, given that the company has already attempted to capture that market with Hololive EN and Hololive ID before it, but even the Japanese VTubers are now in on the endeavor. Nearly all of these shorts have English titles and often feature content that can be understood even without Japanese language skills. The objective is obvious.

Take Sakura Miko’s first piece of ‘shorts’ content, a Hololive member who debuted before the project even existed. Aside from being the first video to seemingly use the term ‘shorts’ in the title, ‘We Will Rock You / Elite Miko2020 ver. #Shorts’ is notable as it is a cover of an English song, presented with a twist as Miko changes the chorus to one of the only English phrases that she knows: ‘fuck you.’

This short features full-body motion capture, meaning that it was probably recorded at the Hololive studio. Perhaps a better indication of the way in which Miko has been drawn into the trend is ‘Sleepy MIKO vs Hand #Shorts,’ which uses her regular face-only model, or ‘求婚するみこち | Miko proposing. #Shorts,’ which does the same. That second video also features full English subtitles, underscoring how these have probably been made especially with international audiences in mind.

A further link can then be drawn between Miko’s shorts and those of Kiryu Coco, the world’s biggest superchat earner as of August 2020 and part of Hololive’s fourth generation. This cheeky dragon, who has always been popular with international audiences due to her bilingual English abilities, has been uploading a short practically every day since 10 January 2021, starting with ‘TADADA–DA–DA–DA–DADADA🎶～🎵～🎶.’

The fact that these are all coming out in such quick succession and feature the same chroma keyed background makes it pretty clear that these were filmed all at once, and in the same location as Miko’s previous proposal short.

One has to wonder, therefore, whether this is simply a trend among the streamers like playing the latest game, or an initiative spearheaded by Hololive itself.

Bridging the Gap Between Virtual Generations

If this shorts craze has been initiated by Hololive management, then this wouldn’t be a bad thing.

As mentioned, part of the reason why the second generation of VTubers has seen such explosive growth but remains so confounding to those on the outside is due to the sheer amount of content that is being generated on a daily basis. This rewards the die-hard fans with a constant stream of entertainment and offers a degree of intimacy that isn’t possible in a video, but makes it physically impossible to keep up with everything. Even I struggle to keep up with the creators I really like!

One solution to this that has always inhabited a legal grey area is the ‘clips’ industry. By taking the best moments from certain personalities’ streams, some fansubbers have managed to make a living for themselves by addressing both the breadth of content and the language barrier. Yet, the very idea of profiting from someone else’s personality and content has always been sketchy at best, even if Hololive as a company is accepting of it.

Even so, both with the launch of Hololive EN and this ‘shorts’ craze, Hololive appears to have found a solution. The language barrier can be addressed by employing natives, and the lack of accessibility by pushing for more short-form content. Furthermore, given that many of these shorts can be understood without Japanese language skills, it’s arguably two birds with one stone.

As a result, Hololive’s latest ‘shorts’ craze can only be seen as a good thing. With any luck, it might bridge the gap between the two different generations of VTubers by embracing the strengths of YouTube as a platform, and its international user base. It may also offer an olive branch to the many thousands of uninitiated viewers, who are still sat here wondering: ‘what the hell is a VTuber, anyway?’

As it turns out, they’re pretty entertaining.