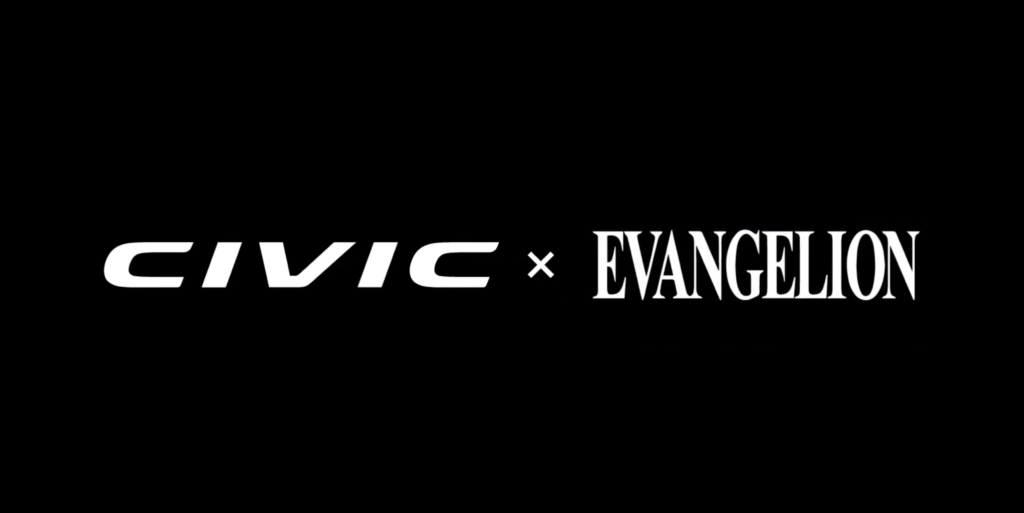 In late March, Honda posted a mysterious website with a countdown that was modeled after the NERV interface and a series of short YouTube videos. The YouTube videos they posted showed a Civic hatchback revving its engine then cutting to the word ‘Civic’, a clip of each character, and then cutting to the word ‘Evangelion’ ending on a white screen telling people to expect something with a Civic x Evangelion collaboration.

Nothing substantial was announced, but on Monday, they made two advertisement videos available regarding the Civic x Evangelion collaboration to the public on their YouTube channel. One video with Rei Ayanami and another with Asuka Langley Soryu. The Rei Ayanami video features a white Civic being projection-mapped with scenes from the series along the perimeter of the car with A Cruel Angel’s Thesis blasting. The car proceeds to drive off and break through the ever so famous AT Field.

Asuka’s video for the Evangelion x Civic collaboration is framed differently, signaling unique visuals for each of the children. Depicting a red Civic hatchback being surrounded by the visuals of the inside of the entry plug (you know, that rainbow gradient that surrounds our protagonists?)

Even more interesting is the Shinji Ikari video for the Civic x Evangelion collaboration still has yet to be made public. The reason for this is not hinted at in any way, but I would be remiss not to think that a Unit 01 styled Civic is going to be unveiled to the public with the release of that video. I mean, why would Honda waste the opportunity with this collaboration? It’s clear that the collaboration thus far is linking the car colors to the characters depicted in the promotional video, so going all out for the final video would definitely be a bold move.

I personally would love to see a new Civic Type-R in the styling of the Eva Unit 01. It would look absolutely amazing with the purple and a lime green trim, just like the Unit 01 itself. Time will only tell when Honda will release the video, but you can be sure that I for one am looking forward to it as well as more about this Civic Evangelion collaboration.

other Jacob Parker-Dalton 4 weeks ago