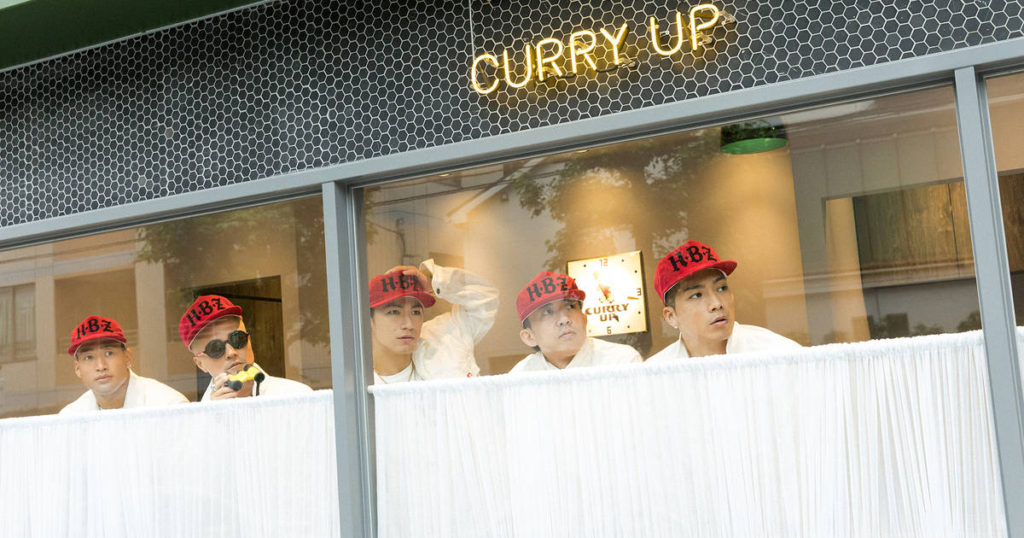 The superstar hip-hop group HONEST BOYZ® have teamed up with PHARRELL WILLIAMS for their newest single, TOKYO DIP (feat. PHARRELL WILLIAMS). For those familiar with the group, the connection to PHARRELL may not come as much of a surprise, HONEST BOYZ® members VERBAL (PKCZ ®/m-flo) and NIGO® have both worked with him in the past and the former is a longtime collaborator. Regardless, having him appear as both producer and vocalist has resulted in an infectious new track which you’re sure to be humming for days.

For those unfamiliar with HONEST BOYZ®, the group is a who’s who of talent associated with different acts within the Japanese powerhouse entertainment company, LDH. Members of the group include NAOTO (EXILE / J-Soul Brothers III) who acts as leader, VERBAL (m-flo / PKCZ®), SWAY (DOBERMAN INFINITY), MANDY (GENERATIONS), and NIGO®. Individually each member is a part of a larger group that has seen massive success in Japan. It’s a collection of highly talented and creative artists & entertainers coming together for the type of project that you don’t often see in the modern music landscape.

The song opens up with the chorus, sung by PHARRELL, and immediately sets the tone for the rest of the track. It’s a mellow, feel-good sound that has a smooth cadence from start to finish, and allows each member of the group to really shine in their individual verses. Overall the lyrics carry the theme of trying to find love in different scenarios, with each member discussing particular misfortunes & mindsets. The style of the video (directed by NIGO®) represents the sound perfectly as well, with various locations around Shibuya & Nakameguro making up the backdrop throughout. Each member of the group delivers their verses while participating in the kind of activities you would see every day in downtown Tokyo, with a genuine feel of what it’s like to take a stroll on a warm relaxing day in the metropolis. Just ahead of writing this article we received a message from HBZ leader NAOTO about the track:

As a member of HONEST BOYZ®, I’m excited to have had the opportunity to collaborate with PHARRELL WILLIAMS, the worldwide recognized artist! I am looking forward to people being able to enjoy PHARRELL’S addictive track and the smooth lyrics from HBZ!!

Aside from the obvious statement about the collaboration itself, what really makes this track so remarkable is the way that it’s being distributed. Rather than being available for sale or streaming through the standard digital music outlets, TOKYO DIP is available exclusively on YouTube. At least until HONEST BOYZ®’s debut album comes out in spring of 2019. Japanese labels & music distributors are famously closed off from YouTube as a music partner, so seeing a video & song of this caliber come out of Japan is an incredibly fresh idea to take in. Here’s hoping this is just the beginning in a long line of tracks & videos from Japan that become fully available on Youtube. In the meantime, we’ll keep bobbing our head to this track while anticipating HONEST BOYZ® next release!