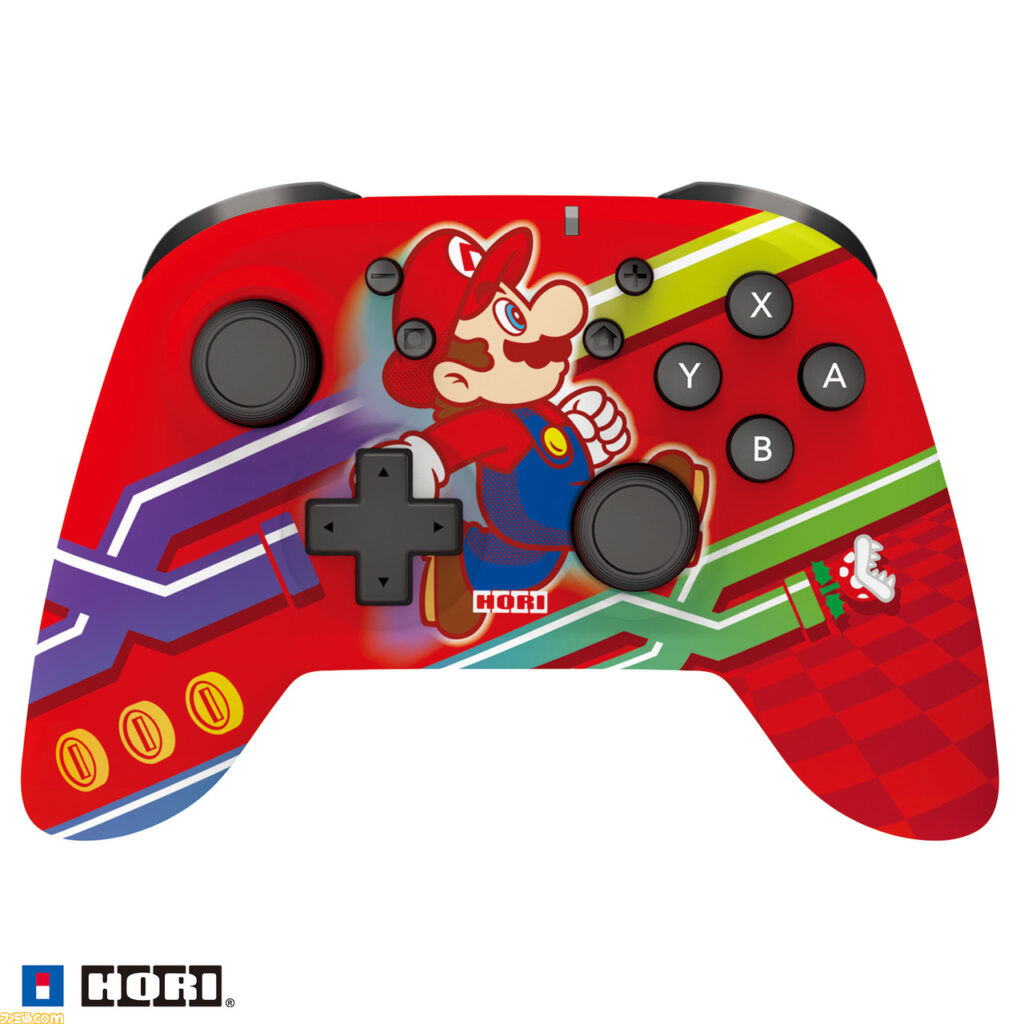 As a proud card-carrying member of the third party accessory scene, HORI has been serving up Nintendo Switch controllers steeped in Nintendo aesthetic ever since the console’s release. And they’re consistently finding ways to up the ante to boot. They released a neat-looking Super Mario HORIPAD wireless controller last year, drenched in the world’s most famous plumber’s trademark red color and adorned with a Mushroom, Star, and a ? Block. But that was minimalist compared to what HORI has up their sleeves this time around.

This vivacious new controller is certainly more colorful than its previous incarnation, showing off a fully colored Super Mario navigating his way through a vibrant sewer infested with Warp Pipes and Piranha Plants. The controller comes equipped with the same accelerometer and gyroscope found in the regular Nintendo Switch Pro controller for the motion controls, which are now made even easier thanks to its light 180g weight (roughly 6.35 oz). For those curious, that is nearly 220gs less than what your normal Pro Controller weighs. And of course, the controller can be conveniently charged via USB cable.

This is the most colorful I’ve seen out of HORI’s wireless Switch controllers line-up, and it’s about time it got a truly Super treatment. A regularly wired mini controller aimed for younger players came out last year and similarly came adorned with Super Mario art. While definitely cool-looking, one tiny little nitpick I have with it is that it looks ripped from your average every day Mario box art. HORI’s upcoming wireless controller looks less generic and just plain cooler and looks like something that’d make for an awesome t-shirt. On a slightly unrelated note, HORI has also recently released a line of wireless grip Split Pad controllers boasting some awesome Pokémon and Pac-Man designs that are also worth checking out.

You can expect this glamorous Super Mario controller to be released on 26 February.