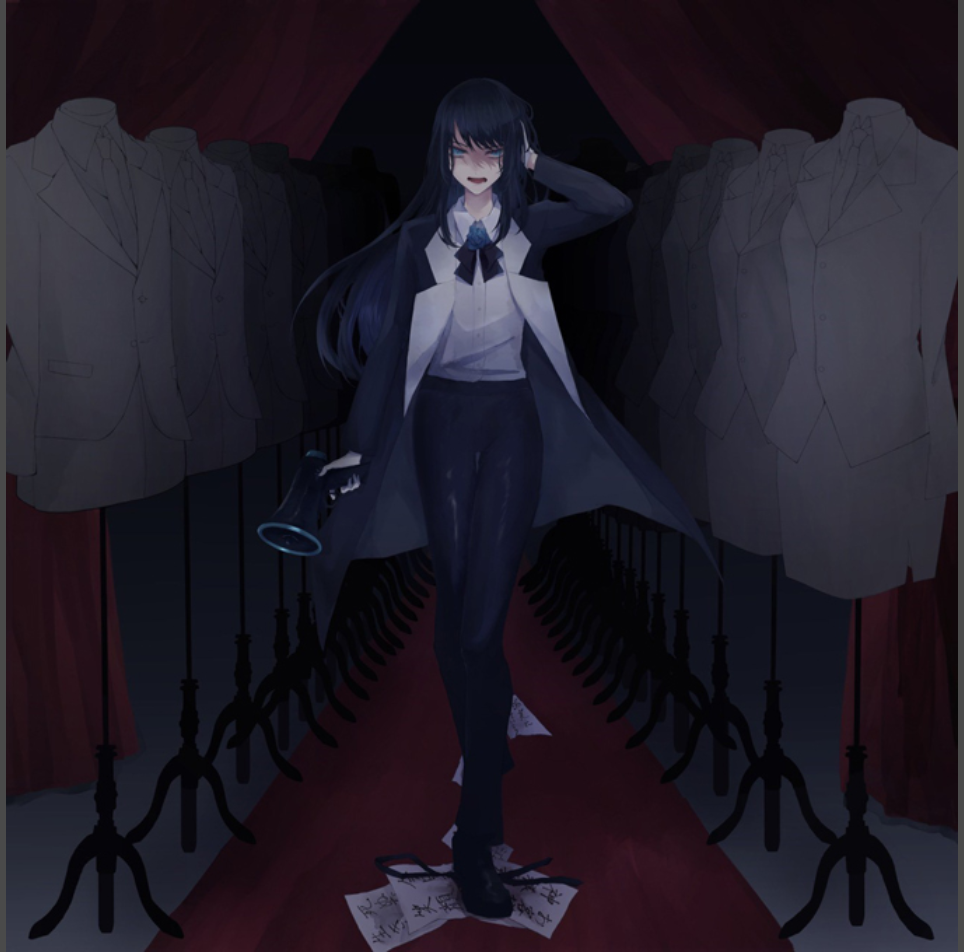 The year is still young, but J-pop in 2021 has its first breakthrough hit. Singer Ado is enjoying newfound attention from netizens and mainstream media thanks to her song ‘Usseewa,’ released last October but now enjoying the spotlight. It has climbed up all charts in Japan, running from the nation’s Billboard Hot 100 (currently at #3), Oricon all-sales chart (#2) and Spotify’s Japan Top 50 (#4). At time of writing, it boasts over 64 million views on YouTube for its animated video, which you can watch below.

The fiery and fierce ‘Usseewa’ emerged seemingly from nowhere, serving as Ado’s first major-label release after years of uploading songs to YouTube. Now, she is inching towards the center, as TV shows, radio programs, and magazines grow interested in her. While this is happening quickly, it isn’t propulsion coming from out of nowhere. ‘Usseewa’ represents a crest of several music and pop cultural trends that were already in motion across Japan. This isn’t a new form emerging, but several existing strands uniting into something bigger.

Ado is an 18-year-old woman in Tokyo who started uploading her own song covers and music in 2017. According to an interview with Real Sound (translated in English here), she is a child of Nico Nico Douga, the video site that predated YouTube in Japan, famous for comments scrolling across the screen while an upload plays. She first encountered the site while still in elementary school, after learning she could browse it using a Nintendo 3DS. This opened up a whole new musical world to her, according to the interview, exposing her to Vocaloid songs that showed her new possibilities about what was possible.

Early on, Ado covered Vocaloid songs and eventually started working with producers to create her own original works. She’s an artist heavily indebted to the speedy rock side of the Vocaloid community, though the element that stands out even in her earliest uploads is her voice, a slightly huskier instrument that can move up and down in register swiftly. That’s something clear on her first breakout numbers from 2019. She became one of the stronger human performers favored by Vocaloid creators, with collabs with burgeoning makers like Kujira enjoying viral success.

Over the course of 2020, Ado songs and features continued gaining attention, including one work with producer jon-YAKIOTRY becoming a TikTok trend in Japan. All this internet-age success caught the attention of Universal Music Japan, who signed her. She prepped her debut single ‘Usseewa’ for a fall release.

‘Usseewa’ finds Ado working with frequent collaborator syudou to create what is basically an enhanced version of what she had been doing over the last two years. It’s a speedy rock-centric number with some detours into hip-hop, centered around Ado’s voice, which here is as acidic and unpredictable as it ever has been, breaking into a scream seconds in. She holds nothing back on the debut, crafting something confrontational and cathartic.

Just as striking are the lyrics. Ado offers the perspective of a young adult just entering the world, but rather than the awww-shucks wonder J-pop often defaults to, she slashes back at society. The protagonist of ‘Usseewa’ is a lifelong honor student, but one that sees the realities of adult life — working, checking stocks, practicing the ceremony of after-job drinks at the izakaya — are empty, and something they don’t want any part of. That hook (a particularly aggressive way of saying ‘shut up’) is a verbal kick-back against the norms making up Japanese society.

Why Is It Popping?

Part of Ado’s newfound success comes from just how immediate and inimitable ‘Usseewa’ is. People have been covering, remixing, and riffing on the song for a month now. It is a memorable tune, both inviting people to give it their own go and to craft memes out of. That’s a very basic reason for its spread.

Yet ‘Usseewa’ represents the meeting point of multiple trends in J-pop, all coming together just right. Ado is the latest creator whose love of music was sparked by the Vocaloid community, joining the likes of Kenshi Yonezu, Yorushika, and ZUTOMAYO among others at the vanguard of bringing the spirit of that world with mainstream Japanese music. Like many of those projects, all of Ado’s videos are animated, giving them a visually evocative edge too.

Among the connection between the two is how both tunes have become go-to songs for aspiring singers to cover online. Even more importantly, ‘Usseewa’ is achieving massive success despite not being available as a physical single. All of its chart and cultural attention has come from the internet. The only reason that isn’t a bigger deal is because YOASOBI already pioneered that path with ‘Yoru Ni Kakeru,’ last year’s biggest song which also was never available in CD form (only recently, with the release of their debut EP The Book, can you get the song in a physical format). This is becoming the norm, and Ado is just the latest to exemplify this shift.

The biggest link, however, comes from the lyrical themes of both. It’s true of all the Vocaloid-born projects above, along with a whole new wave of artists starting to rise up in Japan. Even if the melodies sound chipper, the words are more downbeat (some would say ‘realistic’ given the state of Japan and the world at large today). ‘Yoru Ni Kakeru’ sounded zippy and peaked with a sing-a-long chorus, but read along and you’d encounter a narrative about people throwing themselves off of buildings. ‘Usseewa’ isn’t so much a short story as much as a declaration against the glum realities of working life in Japan. Rather than accept them, Ado delivers a broadside against them, choosing themselves over the mundane life expected of folks in the nation.

Young people in Japan are less optimistic about the realities of work, given years of declining employment and news about overwork sometimes leading to death. Ado is the latest Japanese artist to score a hit by reflecting a new generation’s unease about the way life in Japan works, standing out by how upfront (and how fierce her voice is) about it. It isn’t clear just how big this will get (could Ado perform on NHK’s Uta Gassen Kohaku? Start appearing in person on TV?) or if it will be the song of 2021. That doesn’t matter, because for right now ‘Usseewa’ captures the way all J-pop is going, and a national mood that isn’t as sunny as decades before.