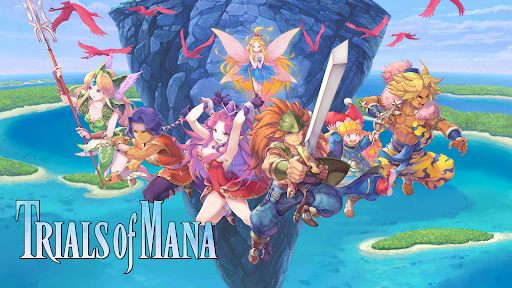 When it was first released in 1995, Trials of Mana, the third game in the Mana series, was only available in Japan. Aside from an unofficial English translation by fans in 1999, that would remain the case until 2019 when the entire Mana series was released in a collection for the Nintendo Switch. 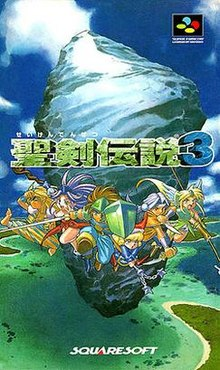 By then, a remake of the 1995 game was already in the works, and as of April 2020, a brand new remake of Trials of Mana was released. Obviously, a lot has changed in the world of gaming since the 16-bit heyday of the original, but how exactly have those developments affected Trials of Mana in particular?

Timeline of the Mana Series

Called Seiken Densetsu in Japan, the Mana series actually started as a spin-off of the Final Fantasy series. The first game, called Final Fantasy Adventure, was released in 1991. This would be followed up with three games: 1993’s Secret of Mana, Trials of Mana in 1995, and the 2007 game, Dawn of Mana.

Aside from the four central games of the Mana series there would be six spin-off games released from 1999 through 2014: Legend of Mana, Children of Mana, Friends of Mana, Heroes of Mana, Circle of Mana, and Rise of Mana.

In 2003 and 2016, two different remakes of the first games in the series, Final Fantasy Adventure, were released; they were called Sword of Mana and Adventures of Mana respectively. Then, in 2018, the second game of the series, Secrets of Mana was remade, followed by Trials of Mana in 2020.

Trials of Mana’s Plot and Characters

In order to create the fantasy world that serves as the setting of the game, the Mana Goddess forged the Sword of Mana so as to seal eight monsters of destruction, the Benevedons, inside eight Mana Stones. After doing so, the Mana Goddess transformed herself into the Mana Tree, sinking into a deep sleep. Now, years later, the world is starting to lose its Mana, conflict is starting to rise, and various bad guys are plotting to release the Benevedons.

Utilizing three different storylines, Trials of Mana, allows players to choose three out of six main characters to play through the game’s adventure, starting with one and growing the party as they go. Depending on the character chosen at the beginning of the game, the adventure starts in a different location and centralizes a different set of main bad guys. 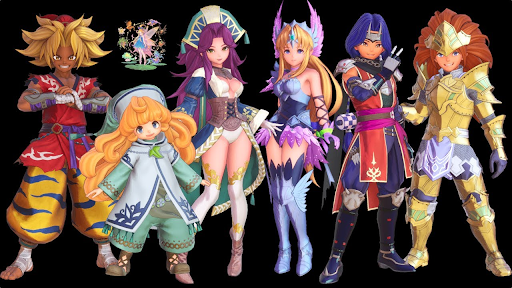 If the player chooses either of the characters of Angela—a magical ice-princess—or Duran—a mercenary swordsman— as their starting character, the head villain they have to defeat is the Dragon Lord and his flunkies: the Crimson Wizard and the Darkshine Knight. If either Hawkeye the noble thief or the wind princess/Amazon leader, Reisz is chosen, their main antagonist is the Dark Majesty and his subordinates, the witch Isabella and the vampire Malocchio. Lastly, by choosing the werewolf prince Kevin or Charlotte, the orphaned half-elf cleric, the player will ultimately face off against the Masked Mage after taking down his followers, the demonic jester Goremand, and Charlotte’s former caretaker, the mind-controlled cleric, Heath.

The players can ultimately choose which of the six characters make up their three character adventuring party with the ability to toggle between which character they control, while the computer controls the others. The 1995 version allowed for two players to play at once, but the 2020 remake has converted the game to a single-player only model.

The game also allows players to control the development of their characters, having choices to make at various points about what skill sets and class developments the characters choose. With a variety of skills and attacks, magical and otherwise, attacks can be combined between the characters in the party for greater effect.

Furthermore, time within the game runs on a clock that shifts from day to night, moving through the days of the week. The various days of the week are represented by different elemental spirits that also affect the strength of the magical elements the characters use in their attacks. Depending on the time of day, whether or not it’s daytime or nighttime, other non playable characters and enemies may or may not be approachable, adding another layer to the game playing experience.

Aside from removing the multiplayer option for the remake, the new version redesigned the game. While the original, 16-bit game had a top-down view of environments, the new version changed this to better suit the new 3-D visuals of the game. Battle mechanics were also updated to provide a variety of attack options, character designs were updated, and more character interactions and story elements were introduced to develop the narrative. 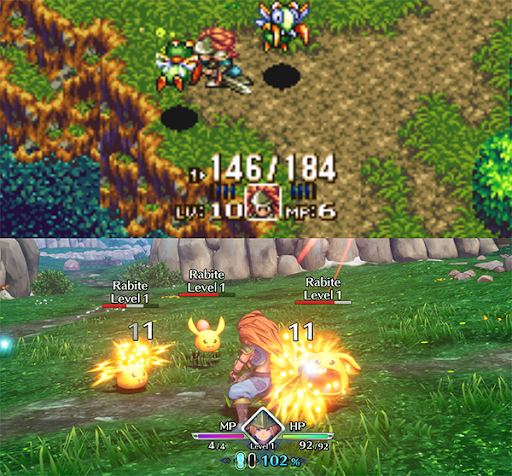 Overall, however, the remake has stayed faithful to the original, leaving some critics to feel the game is potentially too traditional. Considering the original version of the game had only been officially made available in English in 2019 with the release of Collection of Mana, there is a chance that the 2020 remake came a little too soon on the heels of the original, for Western audiences.

For fans familiar with the original 1995 version of the game, revisiting Trials of Mana through the 2020 version is sure satisfy, as seen with a Gematsu sales report noting that the remake of Trials of Mana was the second best selling game in Japan as of the game’s third week on sale.