How OutRun Changed the Racing Game 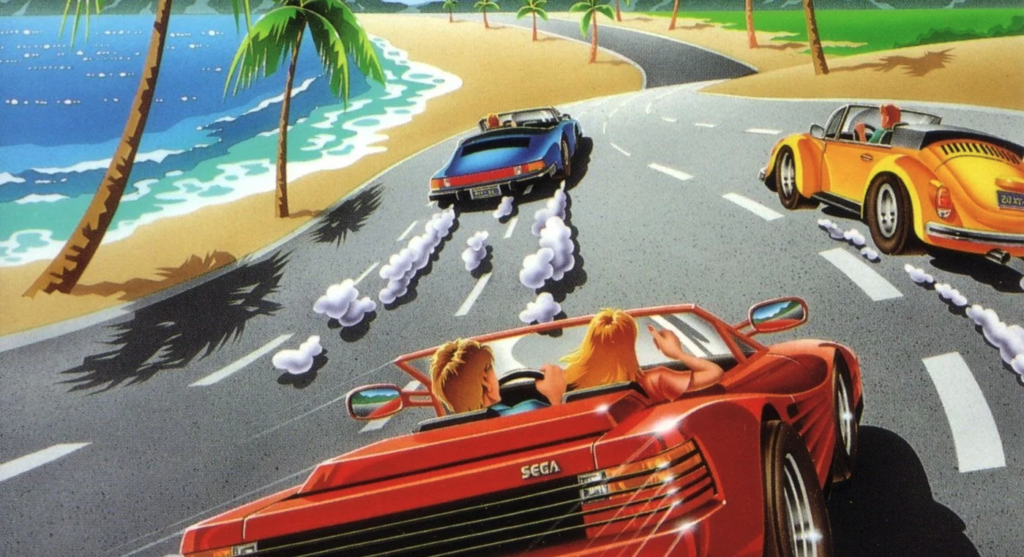 There’s something to be said about style and substance. Sometimes you get both, sometimes one exists without the other. When you get one or the other by itself, it can venture from at best, mediocre to the worst possible scenario: terrible.

That’s what happened in 1986 with a video game that was released called Outrun. Developed in an incredibly short time frame, the game resonates even today as one of the most popular games of all time for not only gameplay, but style, graphics, and music.

OutRun, was designed by Yu Suzuki, an all around game connoisseur with the titles of producer, designer, programmer, and more behind his name. Yu was given a task that would be impossible for most of us: program a game in ten months.

The game itself is a 3D driving game where you steer a saucy looking Ferrari Testarossa. The car looks like every 80’s dream, angular and sleek at the same time. The player perspective resides in third person, with the camera closer to the ground than to the player.  This perspective makes it trickier when it comes to obstacles because the horizon is slightly obscured.

However, this was a perk, not anything negative. It made the game a challenge but nothing unattainable. It was a race against time, and a straight shot would have made it too easy.

At the end of each stage, there was a fork in the road that would allow the player to reach one of five final destinations. Each one had a different difficulty level, and would end in either reward or disaster.

And then there was the soundtrack. Composed by Hiroshi Kawaguchi, the soundtrack was perfectly paired to the game. It wasn’t Hiroshi’s first time working with Yu, as they had previously worked together on the game Hang-On.

The soundtrack is a perfect mesh of Latin inspired tunes with just a touch of something a bit synthy. It helped create a perfect atmosphere, transporting the player to beaches, sunny days, and endless winding roads. It evokes something past just driving; a perfect day to drive with the windows down and a warm breeze.

From Sequels to Music to Becoming its Own Genre

All of this combined created a near-perfect video game. And video game fans noticed. The game was released on numerous platforms, from arcades to Sega Saturns. With the game being highly accessible, fans were able to experience it regardless of what system they owned.

The game frequently received scores that bordered on perfection. At the time of its release, it was praised for how realistic it felt. It was vastly different from other racing games out there; it was missing the near fantastical elements of explosions and fire. Instead, the anxieties and dangers of the game were avoiding obstacles and driving as fast as you could.

The game is often listed as one of the best games of all time in numerous publications such as NowGamer and even Time. It had something that would appeal to everyone; bright, exciting graphics and a soundtrack that was motivation but didn’t leave the player with a sense of dread or fear.

With the success of OutRun a sequel was almost a guarantee. OutRun 3-D was released soon after in 1988, followed by even more such as Turbo OutRun and OutRun 2. The game is so powerful that you can see its influences in modern racing games such as Gran Turismo. But it also had a cultural impact on musical and style subgenres.

It can be seen in synthwave albums, such as Kavinsky’s first which was even named after the game. Outrun itself became a whole genre that is as vast as any other, with clothing, household accessories, even computer “battle stations,” desks complete with neon lights and a moody ambience.

OutRun was one of those games that had such a ripple effect that it can be felt today outside of the gaming world. With pop culture going bananas over nostalgia, you can bet that OutRun will be catching another wave soon enough.