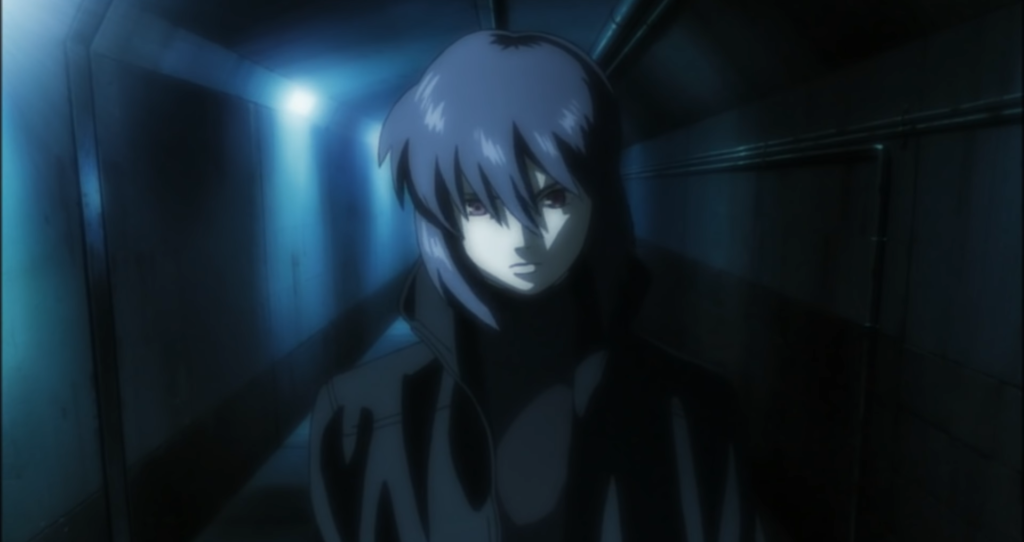 For years fans who grew up watching Ghost In The Shell: Stand Alone Complex reruns on Adult Swim have been clamoring for more of the magic that specific iteration of Major Kusanagi and the rest of Section 9 delivered. I’d be willing to wager in fact that more of them would prefer another sequel to Stand Alone Complex than the original film or its botched Hollywood adaptation. Despite not being true to the original manga nor the work the popularized the franchise, many are most fond of the Ghost In The Shell version of detective procedural. It gets enthusiastically brought up in conversation more than the likes of the under-rated Ghost In The Shell 2 or the newest series Arise; Two seasons and a related movie just wasn’t enough. 13 years after the SAC Solid State Society movie, the series’ original director Kenji Kamiya is rebooting the sub-franchise in the all-new Netflix exclusive Ghost In The Shell: SAC_2045. In case you haven’t seen the show or at least not since you were 16 staying up late watching the Cartoon Network late-night, we wanted to talk about how this show meaningfully stood apart from its world-famous film predecessor. 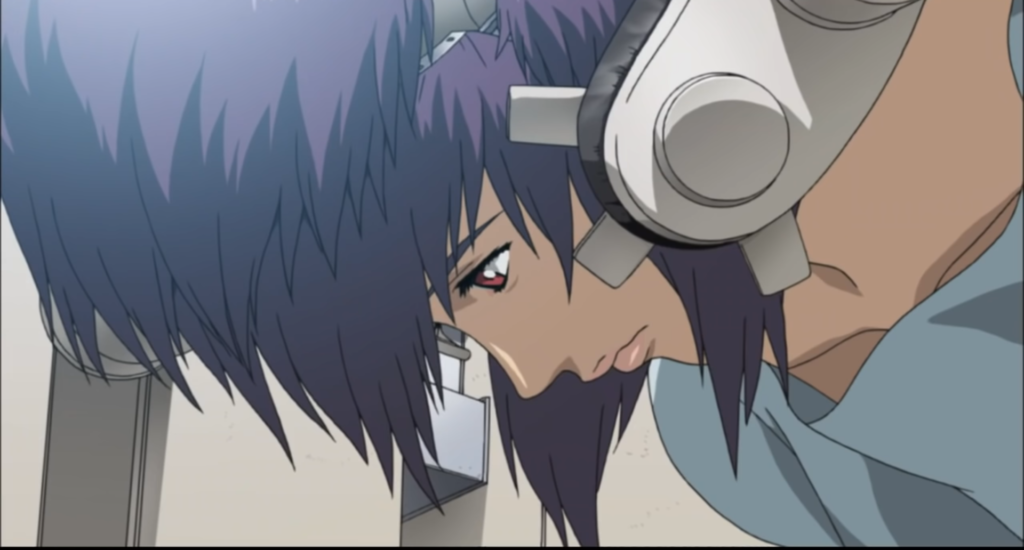 In some ways, the very existence of Ghost In The Shell: Stand Alone Complex was a huge gamble. Mamoru Oshii’s 1995 classic remains one of anime’s most beloved and widely watched films, not mention one revealed to be increasingly prescient as time goes on. Many people regard it as sacred and once upon a time the idea of there being a series based on it wouldn’t be too different from a Princess Mononoke tv anime not directed by Hayao Miyazaki somehow coming into fruition; Some might be open to the idea but probably a bigger number of fans wouldn’t want to see the original potentially tarnished. We went to stress than GITS: Sac director Kenji Kamiyama has proven himself one of anime’s best with a string of bangers like Moribito, Eden Of The East, and the very show we’re talking about. However aside from some Patlabor shorts, he had yet to direct a full-length show or film before this. Even with the odds against you, sometimes it’s okay to take a bet.

Turns out Kenji Kamiyama, who both directed and was head writer on Stand Alone Complex, had a lot of latent potential that was just waiting to burst out when given a chance. Sure it helps that Production I.G. has always produced some of the most stunning animation in both film and TV anime and having anime’s most beloved composer Yoko Kanno create the music plays a part in what makes this show so special. However, it’s clear that showrunner Kenji Kamiyama had a vision that, while clearly influenced by both the groundbreaking movie and Masamune Shirow’s comic that started it all, had a multitude of things it wanted to say and accomplish that neither the manga nor film did. It’s not a question of which version is the best, as they all bring something significant to the table, but a question of what exactly did Kamiyama and SAC had to offer. 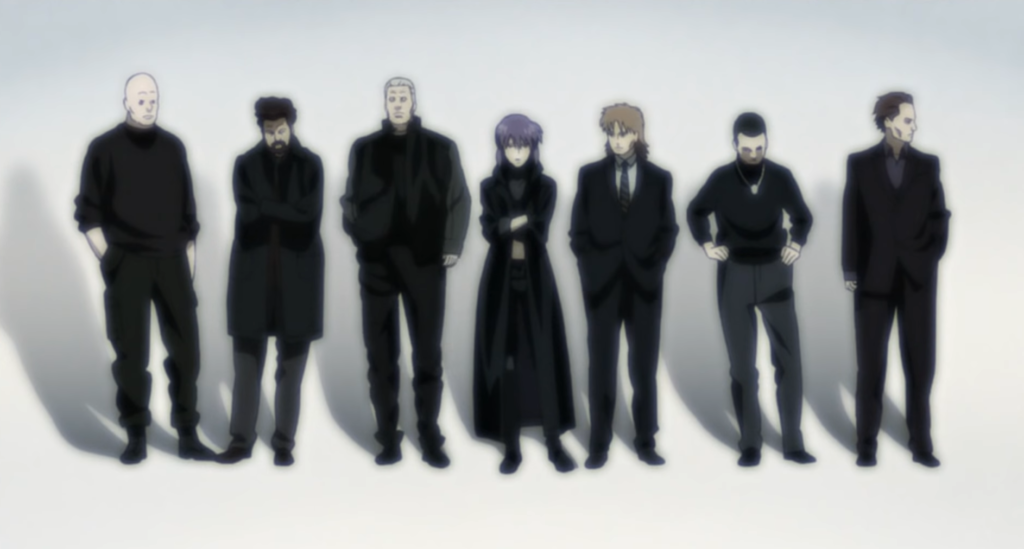 Off the bat Ghost In The Shell: Stand Alone Complex portrayed a much more complete look at the lives of these cyborg investigators. Sure Oshii got real introspective in his two films but instead of relying on dense monologues and denser atmospheres to build up, Kenji Kamiyama shows you the worlds each of the cast members inhabit and how they intertwine. We see get to see what The Major is like when she’s not on the clock, whether she’s enjoying a swim or getting tuned up for maintenance. Togusa’s preference for not wanting to become a cyborg becomes a serious ideal while juxtaposed with him trying to raise a family, fearing how going mechanical would fundamentally change him and his relationship with them. Of course, we get to see a lot of Batou too, who spends a lot of free time taking care of the sentient and childlike Tachikoma robots. Everyone’s thoroughly fleshed out with the many glimpses to their daily lives that two seasons and a film can offer, but Kamiyama’s interpretation of Ghost In The Shell didn’t stop there.

The original Ghost In The Shell centers around a single case and over the course of that investigation goes on a series of intellectual and philosophical tangents that are dispersed in between its incredible action set pieces. Brilliant as it is, it offers a relatively narrow picture of its world and cast and Kenji Kamiyama saw potential in not only expanding Motoko Kusanagi’s private life but her and her comrade’s work life. See, Stand Alone Complex is something akin to a procedural that takes the Cowboy Bebop approach to story-telling; While there’s an over-arching case looming in the background of each season, most episodes tell their own smaller stories along the way. One episode sees a bunch of seemingly unconnected androids committing suicide, another may involve a serial killer. Of course, the internet and cybercrime play a huge roll in the series, so expect episodes based on hacktivist groups, brain hijackings, and other futuristic law-breaking shenanigans. 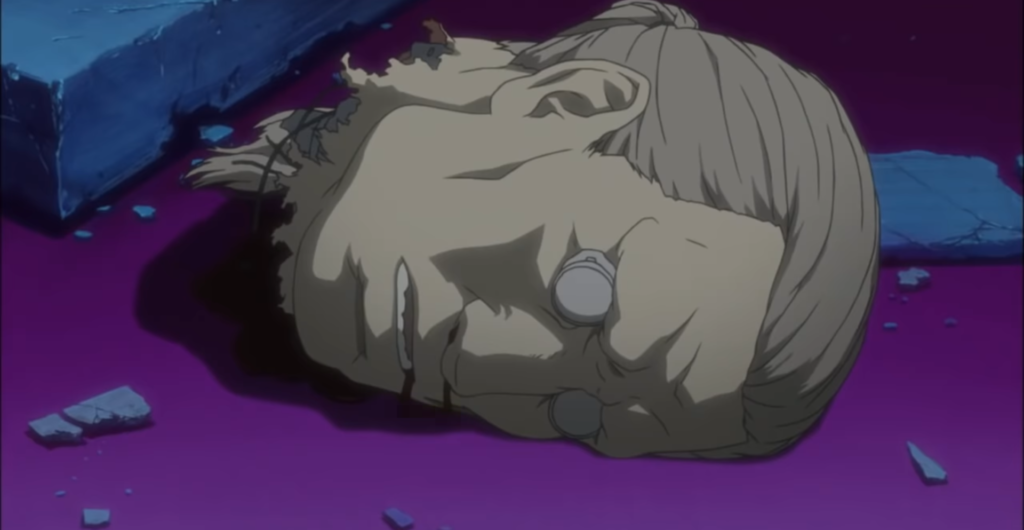 The comparison to Cowboy Bebop doesn’t stop at the show’s structure. We can’t say whether Kenji Kamiyama was personally inspired by anime’s best about gunslingers in space but if you like the former you’ll be happy to know Stand Alone Complex is one of the only other shows out there that successfully scratch a similar itch. Adult characters going about their adult lives in a grown-up, peppered with a lot of moral grey and some uglier aspects of life put on full display. Not to say one’s a rip off of the other as the end effect of both shows are quite different; Cowboy Bebop’s stories are more about how they’re told whereas Stand Alone Complex is about the why. While Gits: Sac isn’t as philosophically indulgent as the original film, most of its plots do contain nuggets of societal criticism. Sometimes that knife is pointed towards governmental bureaucracy, the downsides of advanced technology, and as the name of the show suggests individual detachment. Throughout the course of the show, Kenji Kamiyama raises a lot of questions with real-life ramifications, although he tends to philosophize with more of a practical edge than Oshii’s meditative rambling.

One thing, or person should we say, Ghost In The Shell: Stand Alone Complex does share with Cowboy Bebop is the eclectic and prolific Yoko Kanno. She doing something completely different here than the jazz and blues-themed work on Bebop. The sonic palette’s entirely different with lots of synthetic and ambient sounds, subtle nods to the likes of new age music as well as drum and bass, and dramatic vocals all over the place. The GITS: Sac soundtrack is perhaps Yoko Kanno at her most versatile, touching upon all sorts of bases before hitting home plate. With a huge mix of digital and live records, as you’ll occasionally hear some chewy guitar riffage meander through the atmospheric tones and jazzy composition, there’s never a dull moment in the score. Of course, a good OST isn’t just about the music itself but how it’s employed, and Kenji Kamiyama knows how to apply a score to create palpable moods. Whether you’re watching a giant robotic tank chase scene, getting the bottom of an investigation, or delving into cyberspace the Kamiyama and Kanno combo works out perfectly every time. Plus we have to pay notice to the late and great Origa’s incredible vocal work on the show’s iconic openings. 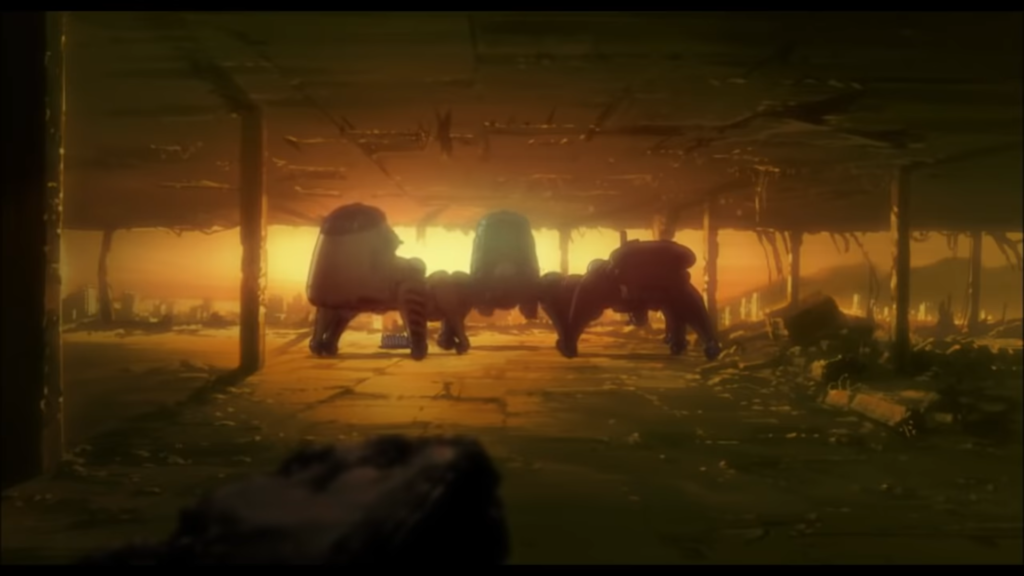 With Ghost In The Shell: SAC_2045 right around the corner, we hope to see a lot of what we’ve loved in Stand Alone Complex. The show’s being billed as less of a direct sequel and more of a spiritual successor that still invokes the hallowed SAC name.  For many, if GITS: Sac isn’t the definitive Ghost In The Shell experience its the one they’re most fond of. With a more fleshed-out look at most of the characters and episodic plots that are often as memorable as the over-arching stories, there’s a reason the show’s devoted following has maintained itself nearly 20 years after originally airing. We’re not expecting the exact same show, and we are excited to see what co-director Shinji Aramaki brings to the table having quite the history of cyberpunk action animation to his name too, but we are sure Kenji Kamiyama returning to Ghost In The Shell can only be a good thing.