A classic fantasy tale is equal parts familiar, equal parts alien. They have the ability to pull us in with characters and magic spells we recognize from our childhood fairy tales, and the strength to keep us ensnared in the story by introducing new and strange concepts and further glimpses of the impossible. Fantasy is the vessel by which we flee the mundane, and that’s why the genre is held sacred by so many: It’s an escape.

When the 2013 manga series The Ancient Magus’ Bride was adapted for television in 2017, we held our breath to see how the vivid world on the page would be brought to life. The animation was crisp, the voice cast was perfect, and Elias and Chise sounded exactly as so many of us pictured in our minds as we read through their strange tale. 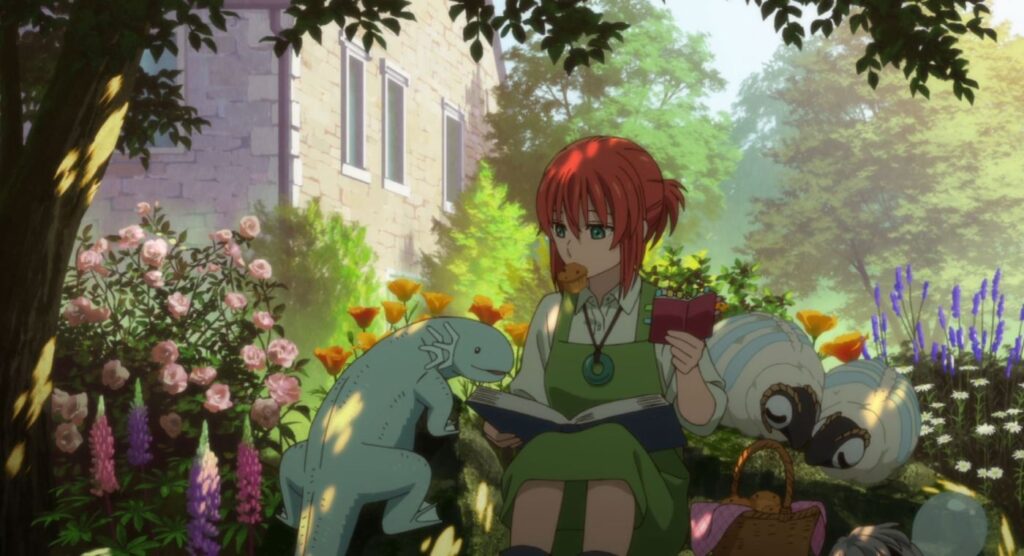 What we didn’t expect was the overwhelming power of Junichi Matsumoto’s score. A classically trained composer, his resume isn’t particularly lengthy, with only a few entertainment credits to his name before taking on the entirety of this soundtrack.

Music in television is an invisible tool. It’s a way to tell your audience how to feel without a character uttering a single word. In the series, Elias has very few facial expressions (a side effect of one’s head being a skull,) but we can easily feel his emotions through the score. When a new character is introduced, we can feel out their intentions through the songs we hear. Are they good or evil? The notes may be able to give us a clue.

Met with the main theme of the series, we immediately felt wrapped in a warm blanket; it’s quintessential fantasy, the swell seeming to signal the opening of a massive curtain beyond which lies a world past our own.

The Ancient Magus’ Bride tells the tale of Chise, a 15-year-old Japanese girl, who is shunned and neglected by everyone around her because of her strange behavior. In an act of desperation, she sells herself at an auction, seeking belonging and a new home. Purchased for five million pounds by Elias Ainsworth, a massive gentleman with an animal skull for a head, she is brought to his home in Great Britain, training beneath him and slowly beginning to understand the magic she holds within. Despite his strange appearance, their love grows, and as the title would imply, marriage is on the horizon.

Music’s place in storytelling is no secret, but The Ancient Magus’ Bride owes much of its hold over the audience to its even blend of instrumental Celtic whimsy and powerful vocal ballads. Early in the series, we see Chise as a child whom society has broken. In her new life beside Elias, she is starting from scratch, much like a baby beginning to walk. We hear that in the simplicity of ‘Chise’s Pastoral’.

A major theme of the series is loneliness, despite it being a love story, and despite the two lovers meeting in the very first episode. Chise is dealing with her own trauma that must be overcome before she can love and be loved in return. She fears rejection… and one look at Elias would tell you he fears the same! His face, after all, instills fear in anyone who comes upon him. In each other, they find stability; they grow and morph, with Chise stepping into her own strength and Elias peering outside of his shell. The vocal track ‘Dance of the Spirit’ exudes the mystery of the world they inhabit, with a gentle swell indicative of their growing confidence.

We are along for the ride with Chise, and the music captures each and every new experience. She is exploring the world anew, as we are. Each new thing she learns, we learn at the same moment. The Ancient Magus’ Bride tells a beautiful tale of loss and resurgence, and would grip us even without the score. The manga, after all, has millions and millions of readers. But our heads enjoy the story of Chise and Elias; our hearts and souls are brought along by the music. 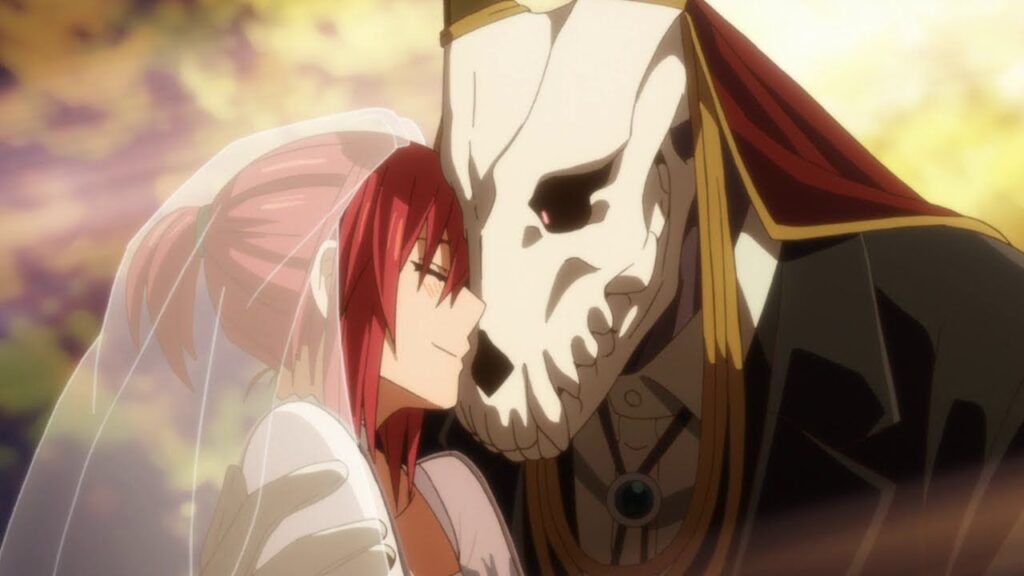 Luckily, the complete soundtrack is available to stream on Spotify. If you’re looking to get lost in this singular fantasy love-story again, check out every episode streaming on Crunchyroll now. We’re looking forward to hearing your musical thoughts in our Discord.