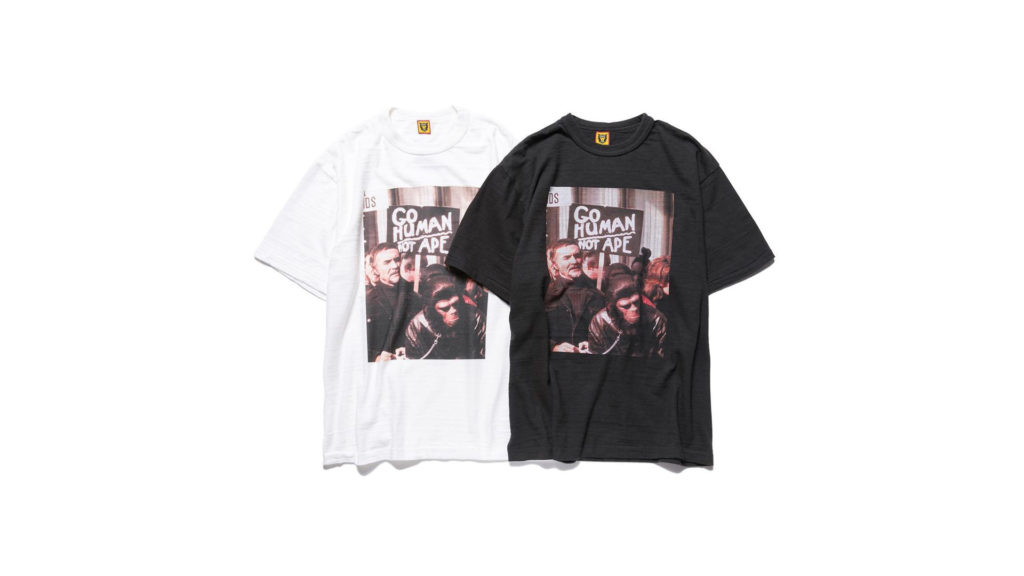 It’s been almost seven years since legendary designer NIGO® has had anything to do with his former fashion brand BAPE. Originally started in the streets of Ura-Harajuku back in 1993, NIGO® would eventually leave the hip-hop-symbiotic brand that he founded in 2013 following his selling off of the brand two years prior. Around this same time, however, NIGO® began work on the next major step in his life, HUMAN MADE. From there, the rest really is history. Whether or not he’s unhappy with how the brand has continued operating is up to speculation, but NIGO®’s latest HUMAN MADE x Planet of the Apes collaboration sure seems to be taking a swipe.

Shared via the brand’s Instagram earlier today, the HUMAN MADE x PLANET OF THE APES collaborative shirt is set to be made available in two different colorways, black and white. Featuring an iconic scene from the 1972 CONQUEST OF THE PLANET OF THE APES, the fourth entry into the film series, the signage reads “GO HUMAN NOT APE”, a seemingly obvious swipe at BAPE’s slogan “GO! APE”. Whether or not it’ll ever be admitted, this is too good a jab for it to just be a coincidence, and the shirts themselves are honestly incredibly solid.

Set to be made available both online and in-store from August 8, those interested in checking out more can head over to HUMAN MADE’s official website.

Trendy Shirts from Human Made to Steal the Show