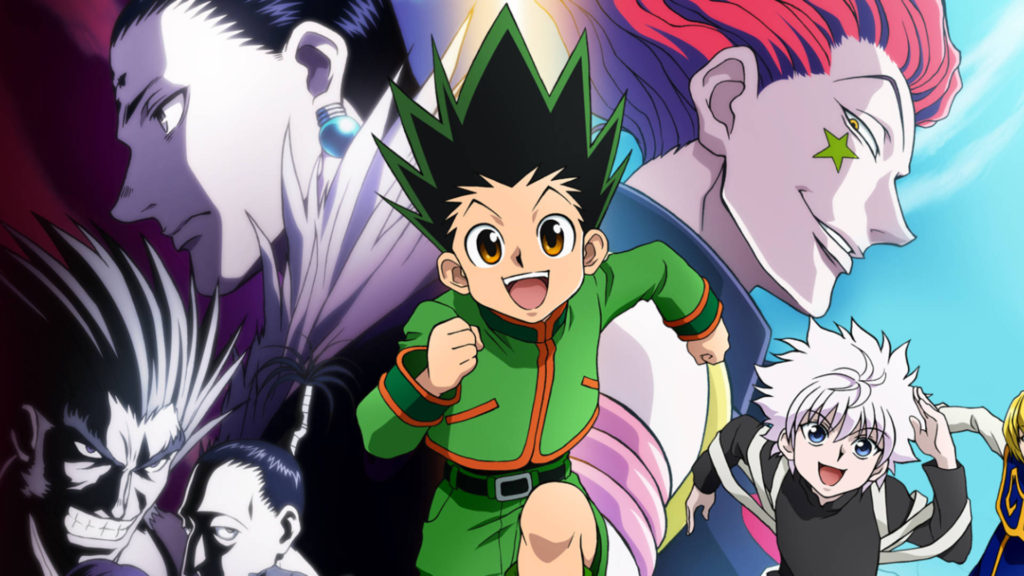 Another year, another hiatus for Hunter x Hunter. At this point, there’s not much that creator Yoshihiro Togashi can do to alleviate the ennui of long-time fans who have been disappointed with the slow pacing and intermittent publishing schedule ever since the series moved onto it’s latest ‘Dark Continent’ arc all the way back in 2012. Or at least, that’s how it seemed, with recent comments from the editor of the series would have us believe that things are really going to start heating up.

Hunter x Hunter series editor Moji’s comments come from the NHK series 100 Cameras, which sees one hundred cameras placed in the Weekly Shonen Jump office to chart the activities of the editorial staff as they struggle with the various problems that come from the hectic environment of weekly publication. Moji was featured in a short scene from last Monday’s show, where the following exchange happened between him and a cameraman.

The manuscript that Moji clutches in the scene is of course none other than the latest chapter for Hunter x Hunter, which has come out of hiatus for the second time this year to resume in next week’s issue (September 24).

It’s easy to get excited at comments such as these, especially since fans have been waiting so long for the newest arc of the series to pick up and show us it’s full potential, but it is important to take these comments with a fairly large pinch of salt. It’s in Moji’s best interests to get fans excited about the new chapter so that the magazine’s sales can be boosted, so it’s possible that he may be overexaggerating for publicity purposes.

That being said, Hunter x Hunter is penned by the mad genius Yoshihiro Togashi, and he’s done some pretty crazy stuff in the past. But with the current arc still in the midst of heavy exposition in order to set up the new breed of Nen powers, the only shocking thing I can really think of is a major character death – and there’s certainly a fair few candidates. Obviously, Kurapika himself would be the most devastating death, but since he has effectively become the main character at this point, it’s unlikely that Togashi would shoot himself in the foot in such a way. If anyone’s going to die, then I’d argue it to be Leorio – he’s never served much of a purpose anyway and would be a good way to add some stakes to the current arc for Kurapika.

Either way, we don’t have long to wait to see what the true nature of Moji’s comments was, with the latest chapter of the series releasing next Monday. I certainly can’t wait to get my hands on it.