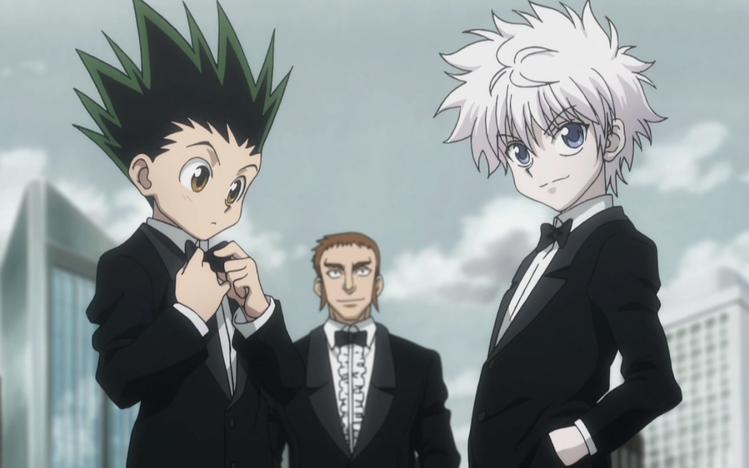 Not only did we just learn that Hunter x Hunter is going back on hiatus, but also that grass is green.

But seriously, I’m sure that many fans of Yoshihiro Togashi’s Hunter x Hunter will be even more disappointed to hear the now-commonplace news this time around, as the current arc of the story (that the manga has been on since 2012) has really started to kick into gear. We’ve had the introduction of dozens of new nen abilities, including some of Togashi’s craziest ones yet, as well as the reappearance of fan favorites the Phantom Troupe – all with a focus on objectively the greatest character in the series, Kurapika.

With that being said, the hiatus announcement in the back pages of issue number 52 (11/26) does offer some respite to fans. While the series will be going on hiatus from next week onwards, this will only be for a ‘little while.’ It’s not like Togashi to make false promises, so I trust that he’ll back on the serialization train soon enough. In fact, he noted in his comment that he’s already done the ‘next 10 storyboards,’ and that he only plans to take stock of his health problems before starting up again.

Togashi has suffered from back problems throughout his career and even underwent surgery to alleviate some of the problems in 2014, so he has a valid excuse. Furthermore, this year is actually one of his best years yet when it comes to publication, with a 61% hiatus rate according to the terrifyingly hilarious site ‘Hiatus x Hiatus.’

Many fans have pointed out that there is a pattern to Togashi’s hiatuses, in that he tends to do ten issues and then takes a break. Whether this is intentional or not is unclear, but I’d rather have Togashi-sensei be in good health than make him push himself. Just like everyone else, I’d like to see what the Dark Continent actually is before I die, but I wouldn’t like to kill Togashi in the process.