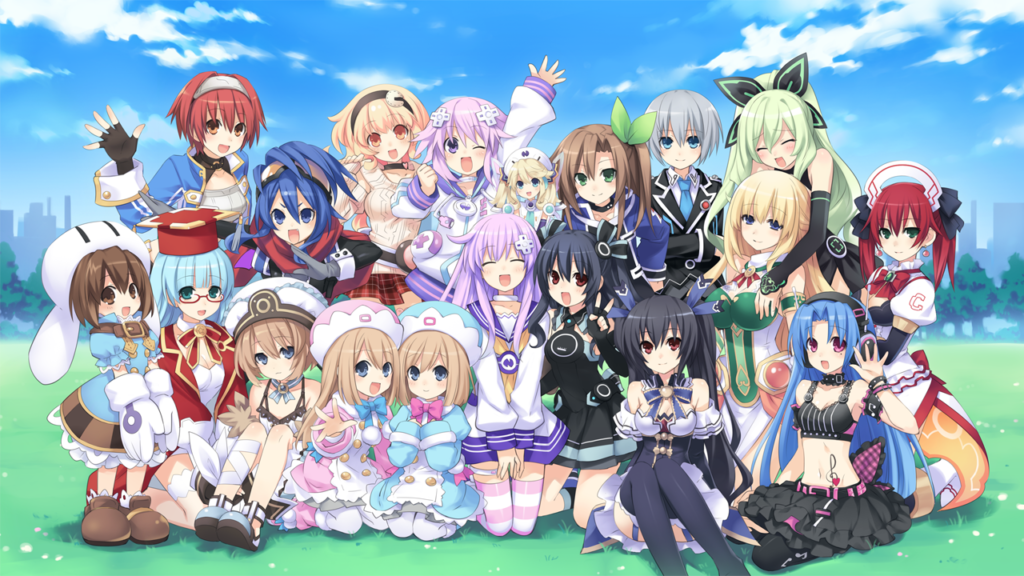 2010 was a pretty great year for video games. There were big entries in huge industry franchises such as Call of Duty: Black Ops, Halo: Reach, and Fallout: New Vegas. If you were looking for something a bit different, indies began to gain traction with titles like Super Meat Boy and LIMBO, alongside some studios making a bigger name for themselves with cinematic titles like Heavy Rain and Alan Wake.

And yet, one of the games I remember most from that year was a game that my friend had imported called Hyperdimension Neptunia.

You might be wondering how I could list a colorful visual novel with RPG dungeon elements next to some of the most revered games in history. I honestly have to take a moment and ask myself the same question as true RPG-focused games are some of my least played. To be totally honest, I think it all lies in the premise of the game.

Hyperdimension Neptunia takes place in a world called Gamindustri that’s inhabited by four lands: Planeptune, Leanbox, Lowee, and Lastation. Each of these lands is ruled by a CPU: Neptune, Vert, Blanc, and Noire respectively. The events of the game occur after a long battle between the four CPUs that rule each land (dubbed the Console War). 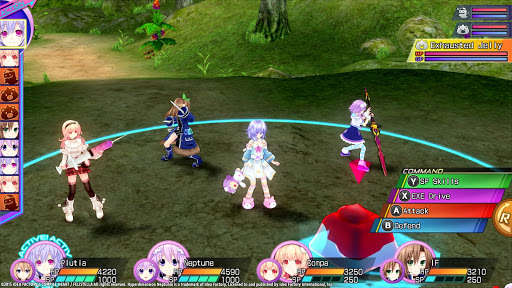 When I first heard this I had the only response a high schooler could give: “is this legal?” To which he responded with, similarly, the only response he could give: “I don’t know.” We now understand that it’s all good in terms of parody, but at the time we really hadn’t seen anything so obvious in its parody.

While the parody element is what attracted me to the game, the rest of the game more than proves itself. The dungeons can feel a bit grindy (as JRPGs tend to be), but it feels fun the whole time. And the humor is always on point when it comes to the cutscenes which do look pretty great as visual novels can.

These aspects carried themselves to the rest of the games in the main series, with updates of course. But, newcomers might find it quite difficult to tell what these last ten years of entries all are. Each game’s plot being treated as a different universe with similar elements can make that harder too. The following serves to organize it all.

What Titles Like Re;Birth 1 and U: Action Unleashed Are

To put it simply: there’s the main series, the remakes of the main series, and the various spin-offs. They’ve all released interchangeably and quite a few years saw multiple titles released. Their names don’t make it much easier to tell it all apart.

The main series is as follows:

The Remake series adds a lot to each title. Each of them adds updated visuals, gameplay, and in the case of the first remake actual changes to the story. The remakes are as follows:

There are 10 spin-offs in the series, many of which were released on the PlayStation Vita (but thankfully ported to Steam after). A list of them is below, along with descriptions of each:

There’s An Anime As Well

The series would prove popular enough to receive its very own anime. Hyperdimension Neptunia: The Animation would air in 2013 and be heralded by David Production. Similarly to the games, it would follow a separate story.

Reviews of the anime would be mixed. Its original story combined elements of the games focused within a few small arcs of the 12 episode series. The characters would be praised for staying faithful to their game counterpart (even the VA’s returned), although a critique would be made for the number of characters they introduce and the little screentime given aside from the main four.

Is It Worth A Play?

This is a series that has had multiple entries and related works since its debut ten years ago. For it to last that long surely must say something about the quality and devotion of the fanbase. Even more so when you compare it to other visual novel series.

Those that love their JRPGs will feel right at home with the series. For those that aren’t as well-versed in the genre, it may take a while to get used to everything. But if you’re willing to be patient with it, you’ll be well-rewarded with incredible art, hilarious dialogue with great video game and anime references, and satisfying gameplay.