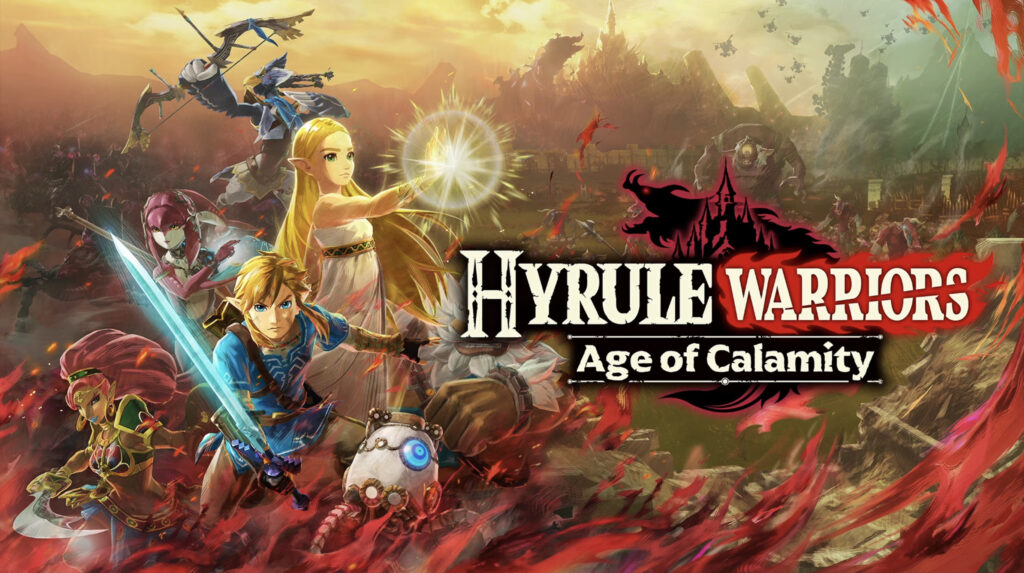 Hyrule Warriors was a surprising collaboration when the game first announced for Wii U, but its unique combination of The Legend of Zelda conventions and Dynasty Warriors impressed fans upon its release and subsequent ports to New Nintendo 3DS and Nintendo Switch. Still, in spite of its success, it comes as somewhat of a surprise to hear the game will be getting a sequel, titled Hyrule Warriors: Age of Calamity, for Nintendo Switch later this year.

In a surprise announcement on Nintendo’s YouTube channel and twitter accounts, this game seeks to tell the story of the attack by Calamity Gannon that was briefly mentioned in The Legend of Zelda: Breath of the Wild and turn it into a full action title under the Hyrule Warriors umbrella. In the game, players will control Link and the various champions you meet in Breath of the Wild as it seeks to explore how the attack unfolded 100 years before the events of the latest Legend of Zelda title.

In the 6 minute announcement video, the team behind the game confirmed that although the game will once take on the 1-vs-1000 battles of the Dynasty Warriors games and the previous Hyrule Warriors, this will tell a story concocted in close collaboration with the Zelda team as it seeks to explore the Calamity Battles that we never got to see in Breath of the Wild.

There is some bad news, however. While it had originally been confirmed that The Legend of Zelda: Breath of the Wild 2 would launch on Nintendo Switch before the end of this year, this will no longer be the case due to delays in that game’s development.

With that game now delayed until 2021, Hyrule Warriors: Age of Calamity will release on Nintendo Switch on November 20th, placing this Hyrule Warriors sequel as one of Nintendo’s tentpole releases for the holiday season.