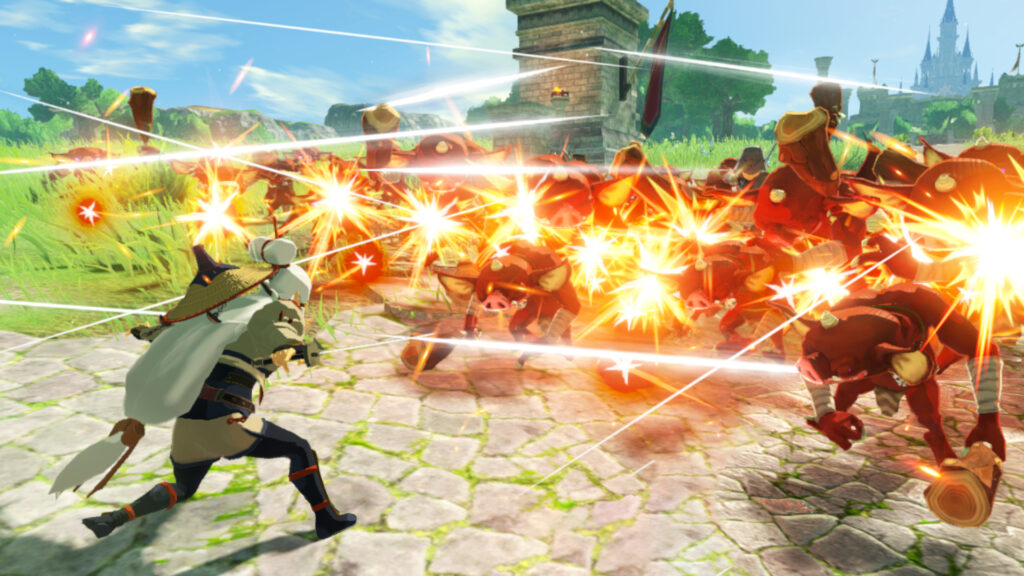 Tokyo Game Show Online 2020 provided many opportunities for new gameplay and information on highly-anticipated upcoming titled to be showcased to the public for the first time, and perhaps one of the most interesting of these streams was dedicated to Hyrule Warriors: Age of Calamity. With the game having been revealed a few weeks prior during a surprise announcement on Nintendo’s YouTube channel and twitter accounts, Tokyo Game Show provided audiences with a first in-depth look at Hyrule Warriors: Age of Calamity ahead of a November release, showcasing new characters like Impa and how Breath of the Wild gameplay was being integrated into the Warriors style.

In a presentation made during Kori Tecmo’s 2-hour Tokyo Game Show showcase alongside Atelier Ryza 2, extended looks at gameplay were provided to the audience which showcased a number of new features. While elements of the Hyrule Warriors gameplay have returned, the removal of a crossover across series history has been replaced with a dedication to fit Age of Calamity into the Zelda timeline and integrate its mechanics.

As a result, the Sheikah slate will be controllable by all characters in battle, allowing for the use of runes like magnesia, but Cryonis can be used by each character in a different way. For example, Link will take advantage of the move for aerial attacks, while Impa will use Cryonis to slide around. Other techniques such as being able to deflect a Guardian’s beam attack also make a return. Each playable character controls differently and this is clear with Daruk, who’s roll-out attacks vary wildly to how Impa and Link control.

Did I say Impa? A young Impa was revealed as a playable character in this title and ended up stealing the show in many respects. Having only featured in Breath of the Wild as an old women, seeing her younger self and having the option to control her in action is welcome. Plus, she’s cute!

This new information was all coupled with a new story-driven trailer that showcases how the prequel story of defending Hyrule against Gannon will play out. We see multiple cutscenes featuring the champions in detail, giving them a far more active role than they had in Breath of the Wild. Of course, being a prequel, we do know of the eventual fate of this battle, and how this is integrated into the action will be interesting.

Hyrule Warriors: Age of Calamity looks fun in the gameplay showcased at Tokyo Game Show Online 2020, and it won’t be long until we can play the game for ourselves. The title will launch worldwide on November 20th.