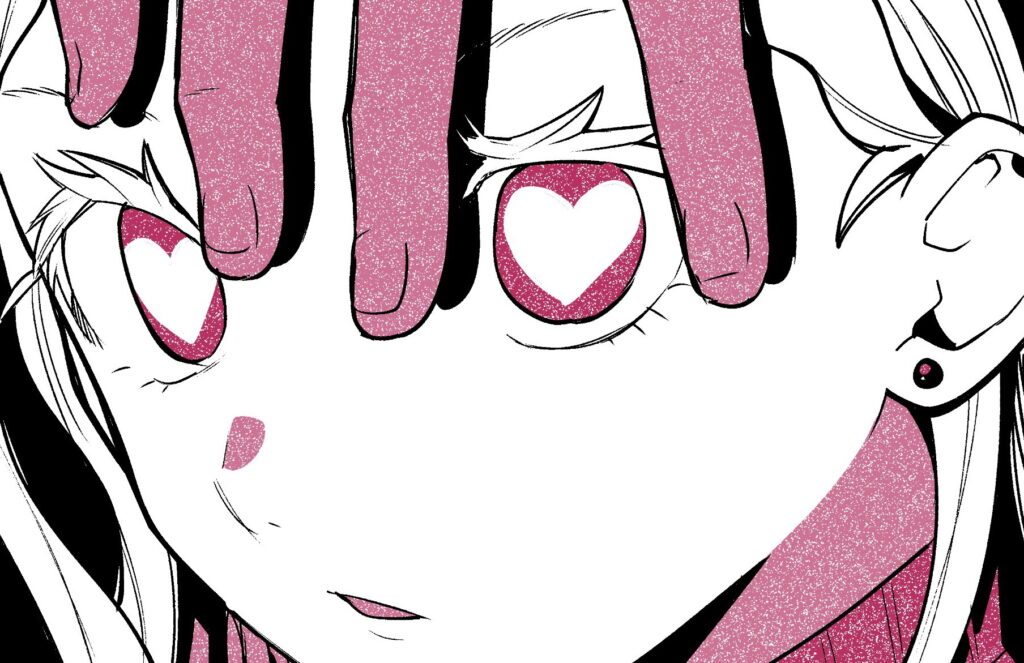 Who is Kazusa Inaoka? A relatively unremarkable manga artist with one failed Weekly Shonen Jump series under their belt by the name of Kimi wo Shinryaku Seyo!, that’s who. At least, that’s what I would have said before the digital-only Bunkiten, where the author showed that they were capable of crafting a tight, compelling narrative experience. My expectations going into i tell c, therefore, were higher than most.

Unfortunately, i tell c’s ending last week after just twenty-three chapters should go to show that Kazusa Inaoka’s latest effort failed to live up to these expectations. Whatever goodwill they had managed to build up as a result of their participation in Jump’s grand digital experiment has now been thoroughly wasted: the author has missed another shot, and it remains up for debate whether they will ever get another one.

Contains spoilers for the entirety of i tell c.

It’s honestly a shame that i tell c suffered such an early ending, because its initial premise actually sounds pretty entertaining. Although it takes the form of a murder mystery, our detective protagonist in the form of Risa Aioi is one that falls head over heels for the perpetrator. Consequently, her dedication to the law is questionable, even if her uncanny ability allows her to get good results. 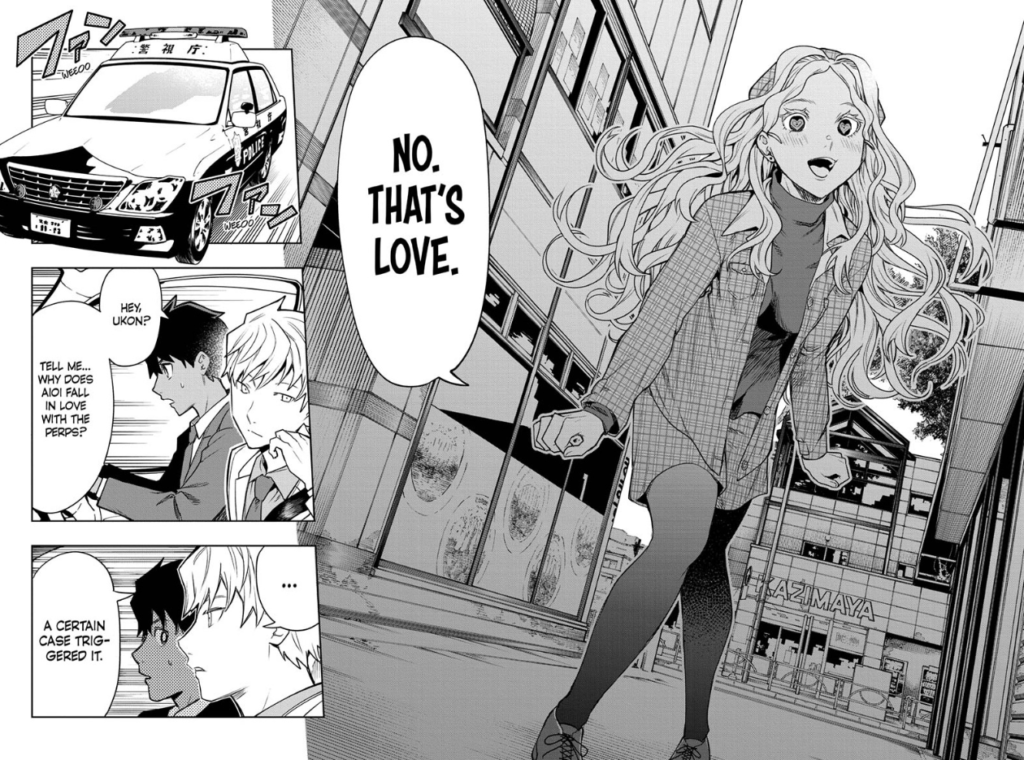 Yet, even this premise contains within it the seeds of disaster. First of all, it’s up for debate whether good mystery storytelling is even possible in Weekly Shonen Jump: it takes time to craft compelling storylines that adhere to the proper conventions, time that is not offered to you on such a hectic schedule. It might just be that only geniuses such as Gosho Aoyama are capable of such a feat.

Secondly, while this concept might sound intriguing on paper, it is a little contradictory. How are you supposed to have a detective character that attempts to pursue justice when they also develop feelings for the wicked? True, it presents a moral quandary, but i tell c only had a few chapters to address this before some terrible narrative decisions completely disrupted the entire proceedings.

In chapter 4, Aioi and her partners Ukon and Sakon make their way to a hotel that was said to be the site of a grisly incident ten years before. The corpses of thirteen people who had gone missing were found in the grounds with their right hands missing, so the owner Kenzo was rightfully suspected. Nevertheless, no firm evidence was ever found, and the case went cold. They also encountered the author Ataru Kagami along the way, who was planning to use the hotel as inspiration for his next novel. 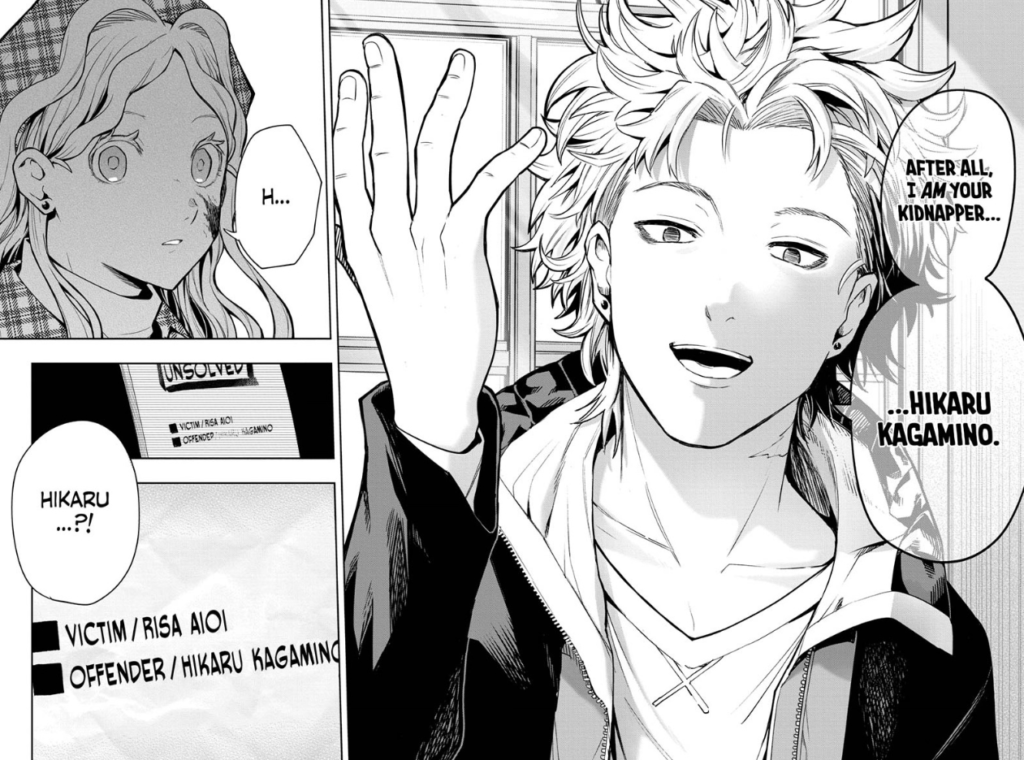 This was clearly setting up for Aioi and co. to finally lay the mystery to bed once and for all, but i tell c made a truly mind-boggling decision at the end of chapter 6 to unmask Ataru as Aioi’s kidnapper. Just for a bit of context, one of the reasons why Aioi experiences unconditional love for the culprits of crimes was because she had developed Stockholm syndrome in a kidnapping incident several years before: the perpetrator was Hikaru Kagamino, who turned out to be the author that we had met during this arc.

As a result, not only was one of the key questions in the narrative solved within the first couple of chapters, it was done right in the middle of a completely unrelated story. Ukon also died for no apparent reason, which had absolutely zero emotional fallout. Much like Hard-Boiled Cop and Dolphin, Inaoka had sapped i tell c of some precious momentum, possibly because they knew that the end was nigh.

Things did get a little better after this. Hikaru’s introduction and Ukon’s death lead directly to the formation of the ‘i’ Detective Agency under police chief Akiraka, which produced a fair few competent episodic stories. Yet, this begs the question: why wasn’t this the setting from the beginning? Wouldn’t it have been better to start out in the i Detective Agency than suddenly pivot to it nine chapters in? 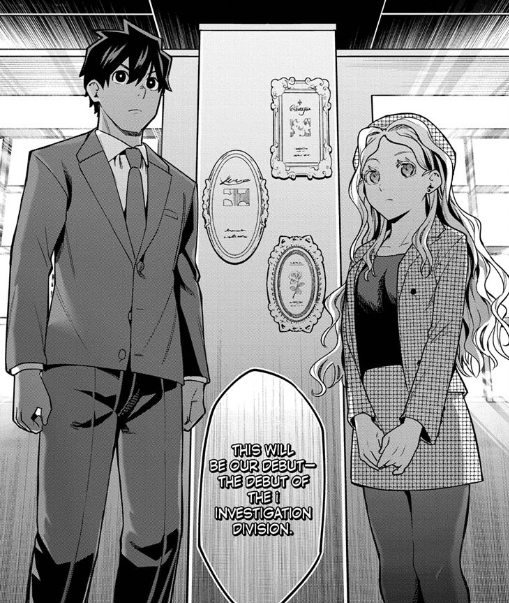 In all likelihood, Inaoka did this because they had less time to develop the narrative than they initially thought. The problem is that you need to come out swinging in the cutthroat world of Weekly Shonen Jump: by the time that i tell c rolled out the Phantom Thief mAR storyline to moderate fanfare, fan patience had already run dry. Poor sales also meant that cancellation was imminent, so how did i tell c bow out? With a perfectly passable two-parter about a young man intent on blowing himself up.

i tell c’s ending proper brings Kazusa Inaoka back full circle to being a largely unremarkable author. Their art style is good and their character design impeccable, but it’s hard to imagine that they have any real future as a sole creator. Perhaps they would be better suited as part of an artist-author duo, because I’m not sure that they will ever get another shot otherwise.

You can read i tell c for free via VIZ Media.