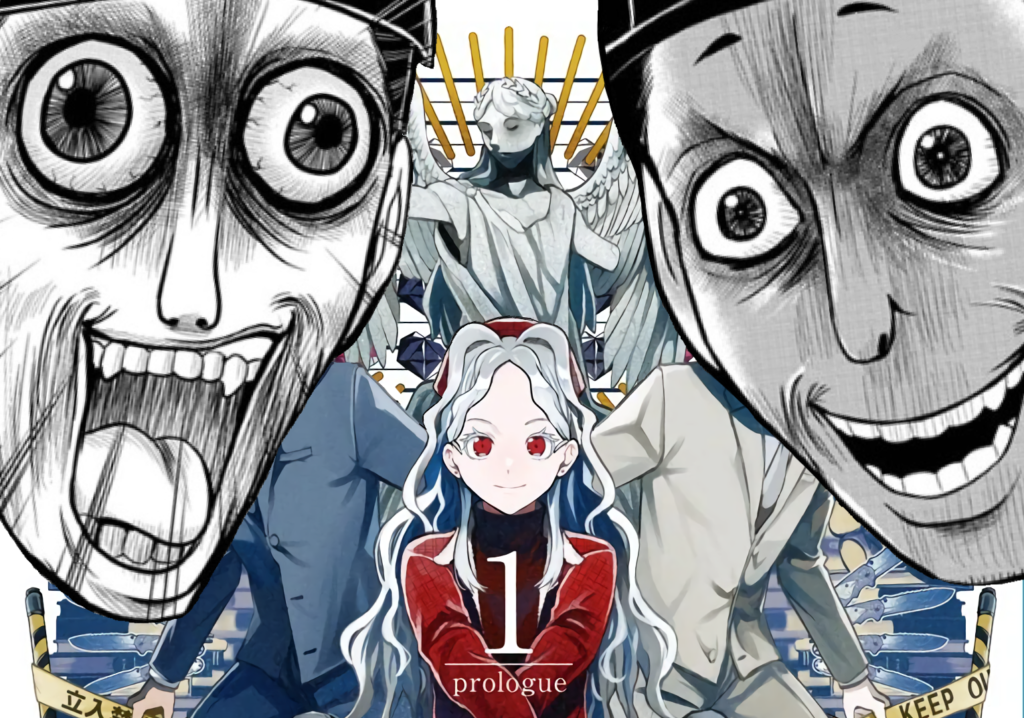 When i tell c and The Elusive Samurai debuted in the pages of Weekly Shonen Jump back in January, there was reason to believe that both series might succeed.

The former continued author Kazusa Inaoka’s turn away from love comedy and towards more narrative-driven storytelling, while the latter was penned by Assassination Classroom and Neuro: Supernatural Detective veteran Yusei Matsui. Even so, recent sales figures and promotional efforts tell a very different story for i tell c and The Elusive Samurai.

First of all, it is important to note that The Elusive Samurai volume 1 isn’t out yet. In fact, it will be released this July with volume 2 following the month after, which is quite an aggressive move. Nevertheless, i tell c volume 1 did release on 30 April, so we have several weeks of sales estimations from the Shoseki ranking blog to look at to evaluate the reception. In a word? Not good.

Both in the week of its release and the week afterwards, sales for i tell c volume 1 at such places as TSUTAYA and MIRAYA SHOTEN were low enough to place it below 400th place. More specifically, In the week of 26 April to 2 May, it came in at 440, while the following week of 3-9 May saw a slight increase to 437. All in all, it is estimated to have shipped only about 5400 copies.

We’d like to remind our readers at this point that Shoseki estimations are, at the end of the day, estimates, as well as ones that fail to take into account such popular online retailers as Amazon and specialty stores like Tora no Ana. Nevertheless, even a slight bump from those other sites isn’t likely to put i tell c volume 1’s sales figures anywhere above the regulation zone: even Phantom Seer got cancelled after doing far more.

On the other hand, we have The Elusive Samurai. If sales estimations for i tell c volume 1 are enough to signal an early cancelation, then recent moves by Weekly Shonen Jump to promote Yusei Matsui’s latest series seem to suggest a great deal of editorial confidence. As mentioned, both volume 1 and volume 2 will release one after another in July and August: quite an aggressive move, but apparently due to high demand. Yet, far more telling is the fact that the series took the magazine’s cover last week.

This is quite possibly the fastest serialization to cover pipeline in Jump history: certainly, I can’t think of any other recent examples, and the series only had fifteen chapters published at that point. By contrast, Mission: Yozakura Family is only getting its first cover post-debut next week with nearly two years of serialization and more than eighty chapters under its belt!

As to why this has happened, one can only imagine that feedback from the weekly reader surveys has been overwhelmingly positive. There’s no other way for Jump to gauge fan enjoyment other than social media, and the table of contents remains an imperfect barometer: there are one thousand and one reasons why a series might be located where it is in the magazine.

That being said, at least one thing’s for sure: i tell c and The Elusive Samurai have very different futures ahead of them.

You can read i tell c and The Elusive Samurai for free via VIZ Media. Big props to Alicia Haddick for the image edit. Discover more weekly coverage under the tag Jump Time!