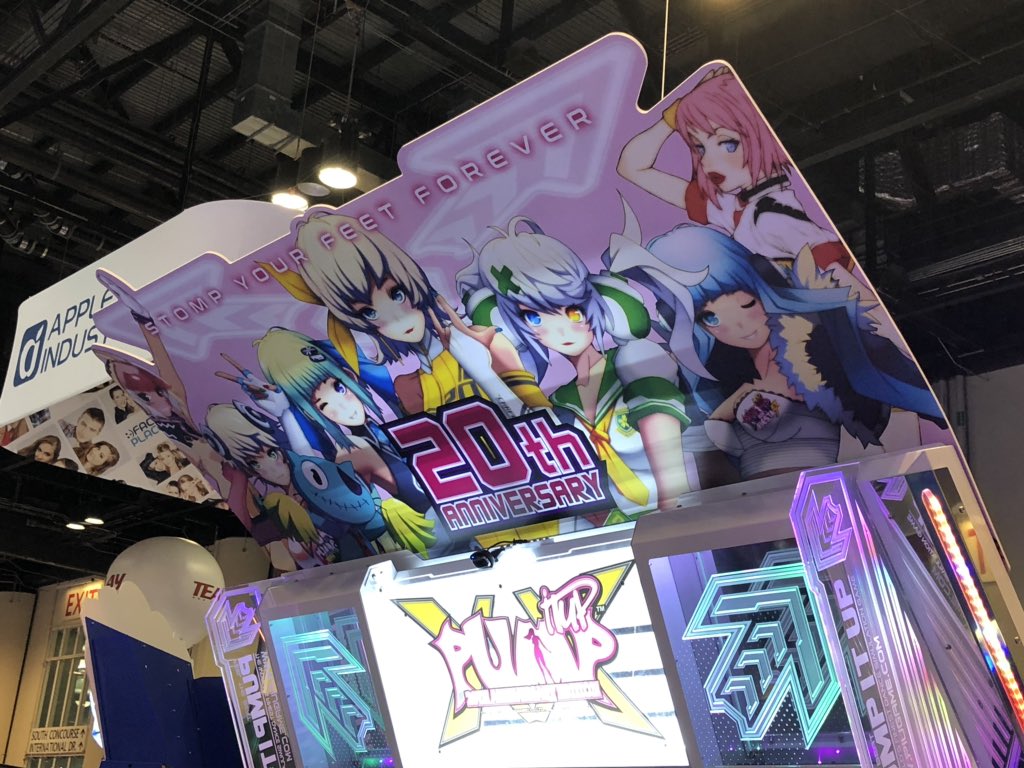 I was lucky enough to see the debut of the 20th Anniversary Pump It Up, dubbed XX, at IAAPA 2018 today. The staff were also on hand, namely Andamiro’s project leader: Son Changhee, also known as Macnom, who has worked on the series since Pump It Up NX.

Prior to that, here is the song list from IAAPA’s test build of Pump It Up XX, which may be updated throughout the week while live on the show floor. We know that 20 to 30 NEW songs will be added upon release, and roughly 100 new songs will release by the end of all the updates.

Other songs were previewed in Andamiro’s 2nd teaser for XX, shown below, so perhaps some of these will show up in the test build before IAAPA ends. We also learned that the matchmaking will not be versus play since lag would have a large effect on game play and that the mode will revolve around being score based. If you’ve played Taiko No Tatsujin (PS4), we’re thinking the matchmaking will work similar. You match with players of your rank, play the ‘ghost’ of another player, and if you win, you start ranking up. Matchmaking is still being heavily developed.

In addition to testing out XX, I was able to Macnom a few choice questions, responses shared with his permission.

Will Pump It Up ever have DJ MAX tracks?

Short answer: no. Long answer: the company that owns DJMax, Neowiz, is very protective of their property, and is very unlikely to share DJMax tracks for use in other music games.

Can more tracks from O2Jam and EZ2DJ be expected? What about tracks from SHK that were in O2Jam? (I specifically referenced ‘Identity’ from O2Jam’.)

What happened to Banya and Yahpp?

They have either retired from production or moved on to bigger and brighter things. Yahpp, for instance, now composes music for churches.

What hardware does XX run on?

It uses the same hardware as Prime, known as the MK Board. However, it will require an HD monitor to run. This means older hardware will need to be retrofitted with HD monitors to support XX.

Will there be revivals?

Always a possibility, at least among original tracks, but new music is the priority, as it draws the most attention. However, due to licensing issues, revival k-pop(i.e. The Waves) is very unlikely.

Yes, a second contest is underway.

Thanks to Andamiro, Macnom, and all their staff for the information! Also much thanks to Jordan (@jbean353535) on the photo and help with the song list!