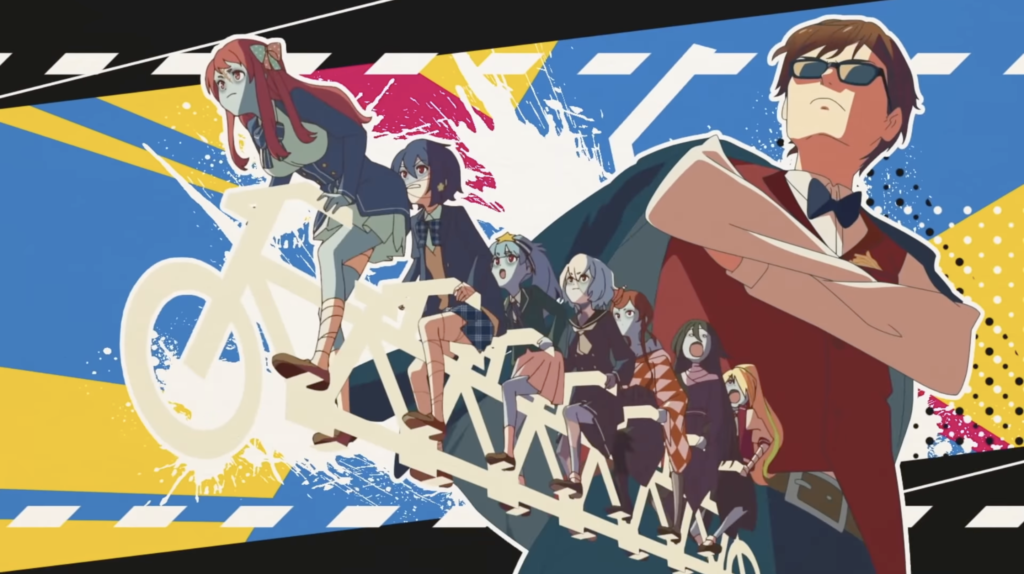 As Zombieland Saga Revenge rolls on, one common phrase has been uttered by its admirers that feels somewhat odd. Not for the first time when discussing the industry’s growing number of idol anime, Zombieland Saga is heralded as ‘an idol anime for non-idol fans’, the exception to the rule that is acceptable to enjoy.

It feels dismissive of an entire area of entertainment. Believe it or not, it’s ok to like idols. It’s possible that this anime may have simply expanded your horizons, introducing you to something you can enjoy without scrambling for excuses.

It’s an issue of the idol industry’s mixed reputation that makes many fans desperate for an excuse to justify their newest obsession. ‘The action and sci-fi elements were so exciting,’ said the fans of Macross and AKB0048. ‘All the problems with real-life idols don’t exist here,’ shout the fans of Love Live who choose to justify their enjoyment this way. ‘It’s got an interesting mystery and isn’t like other idol anime,’ cry the Zombieland Saga fans.

The issue is that this reputation relies on a mostly outdated interpretation regarding the state of the idol industry in 2021. The idea that comes to mind for many when someone discusses idols is a group of young, possibly under-18, girls singing preppy pop tunes to a group of older men. They may be heavily sexualized and forced to adhere to a strict no-dating policy that saddles them with the burden of masking their true selves for an exaggerated sense of purity.

Although this assumption has become an unwritten fact to many, it’s an idea that falls apart under closer scrutiny. First and foremost, it assumes that idol exists as a genre of music, which isn’t the reality. Idol is, for lack of a better definition, a style of marketing that attempts to sell a music group or product through an attachment to and centering of the artists behind it. Idols, therefore, aren’t limited to performing preppy pop, but can perform anything and in any style.

There is an idol out there for everyone, performing every genre of music. You just need to look.

Without a doubt, the most popular idol groups are exactly the sorts of J-pop artists that first come to mind. While the 48-group empire headlined by AKB48 is beginning to decline, you still have the likes of Keyakizaka46 and the 46-groups, stood alongside the newly launched K-pop-inspired NiziU and the long-standing Momoiro Clover Z as some of the biggest modern examples of idols.

Still, the groups sell themselves like any other idol, not just on their music but on a desire to see the members achieve their dreams. They push the members to the forefront just as much as they do their music, including through social media. Their most recent Project WACK-chin audition process was held through Twitter, where anyone could take part and maybe even join WACK if they had the talent and could sell themselves by gaining enough followers, RTs, and likes.

Music is important, but what defines an idol is their personality and public image, which gives fans an emotional connection to the group or artist beyond their music. Merchandizing, as a result, can be just as big if not a bigger drive of revenue than the music itself.

And this is without mentioning other examples, like how BABYMETAL have, around the world, expanded the definition of metal.

The industry has its share of problems that should not be denied. Cases of overwork being visible in idols collapsing on stage, power and sexual harassment between members and management, a lack of support from management when issues come about, and the exploitation of underground idols, are all issues within an industry in need of legal intervention and robust laws protecting the idols involved.

While the oft-cited dating law is not a hard-iron rule like it once was (Dempagumi Inc’s Furukawa Mirin is set to have her first child while continuing to perform), it is true that many idols don’t date to preserve their image and it can be a source of controversy depending on the group.

But a focus exclusively on these issues creates a mid-2000s mindset that also presumes the culprits of these acts are representative of the industry as a whole. It ignores that idols can exist in everything from rock to EDM, and ignores the fact that social media has empowered idols to speak out on issues, as seen with Maho Yamaguchi and Ayaka Wada, shifting the balance and changing working conditions.

It’s Not an Idol Anime For Non-Idol Fans. It’s YOUR Idol Anime

But what does this have to do with idol anime? To that I would argue: Is anime, defined by its characters and the merchandizing of these characters almost more than the stories they exist within, really all that different?

What makes idol anime so appealing is that they’re often character-driven stories about pursuing one’s dreams or improving oneself to become the best they can be and achieve their goals. They practically write themselves, as you can go for anything from a rags-to-riches fairytale to a story about fighting against the odds, or maybe even a story about saving a school you love from closure.

You can then branch that out into any genre. You can add a bit of mystique by using zombies, you can center in on the underground idols or local idols, you can impose them on other mediums like theater. You still have that core storyline to wrap your ideas to, so all you need is some good music.

Idols are about the connection formed with the performers and the joy they bring as much as it is the music itself. It’s about the community that forms around the group, the fans who come together to support people they admire in achieving their dreams. Not only is that a core of the idol experience, but it’s also an idea many of these so-called ‘idol anime for non-idol fans’ embrace. They’re just idol anime, only not performing the music or acting the way you expect of them.

Zombieland Saga is all about local idols, revitalizing the region of Saga and performing to become the best that they can. Just because they happen to be zombies and the story touches on themes of acceptance and family doesn’t make it any less of an idol show. How is that any different from [email protected], where you have a group of girls trying to achieve their dream and be recognized for their work, with the entire agency coming together in aid of that?