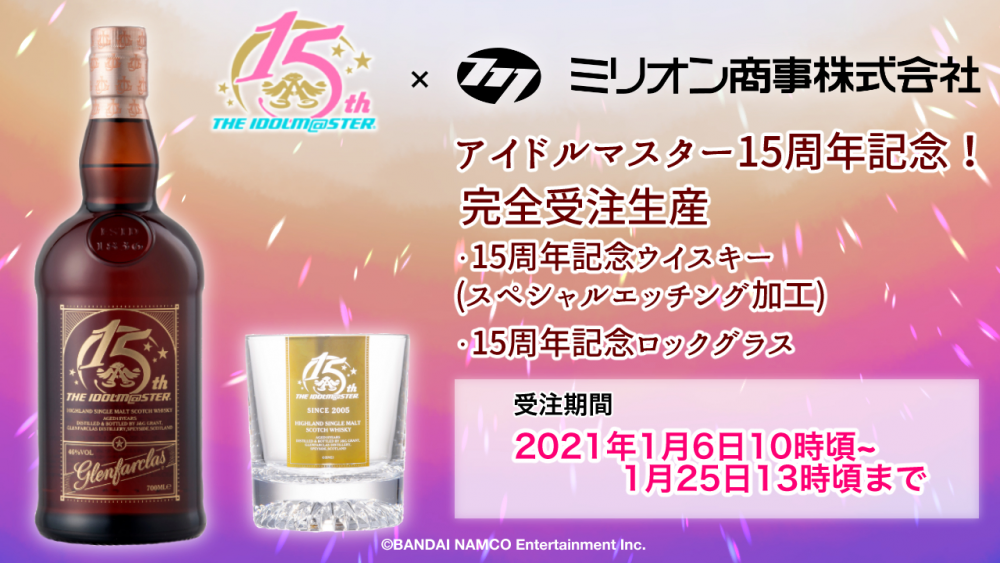 The [email protected] will celebrate its 15th anniversary with a shot of 15-year-old whisky. On Wednesday, Bandai Namco announced that they will begin taking reservations for the commemorative whisky and rocks glass. The whisky will be released around March, according to the website. 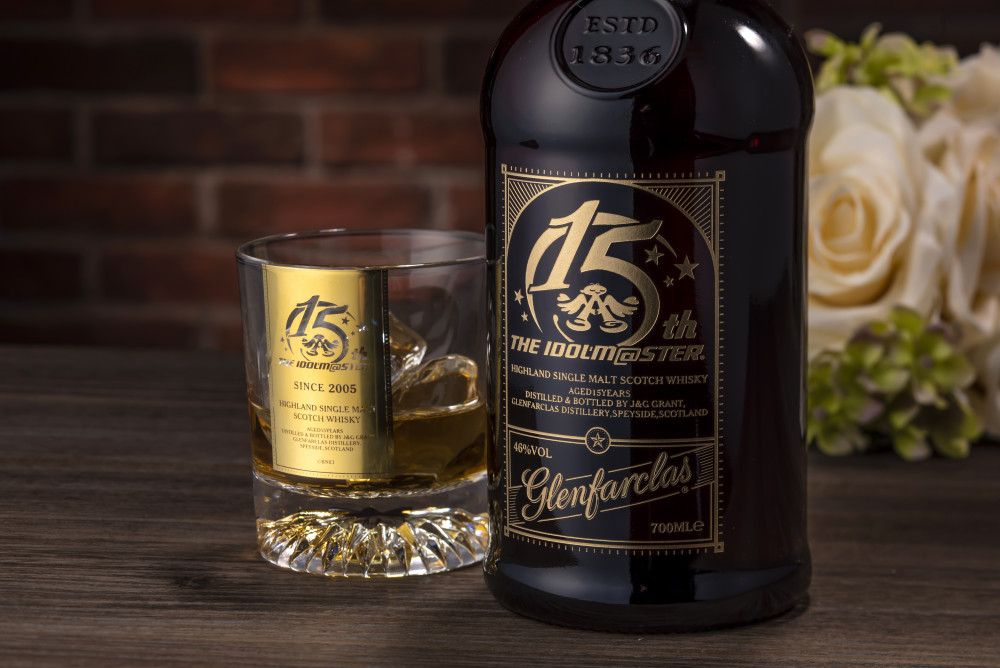 According to the bottle, the whisky is genuine Highland single malt scotch whisky, aged 15 years. It was distilled and bottled by J&G Grant, Glenfarclas Distillery in Speyside, Scotland. The website describes it as a ‘mellow drink derived from long-term aging and a flavor like dried fruits.’

The rocks glass has THE [email protected] 15th anniversary logo on it.

More details are available here, and the whisky is sold online here at Animate; and here at Seijo Ishii. ‘Last call’ for taking whisky orders will be on 25 January.

In the game, you play a producer in charge of training or ‘raising’ pop idols. You do everything from arranging their schedules to training them in voice lessons, dance lessons, or improving their visual image. You can also change their costumes, songs, and accessories.

As they train, you have to help your idols improve their skills. The choices you make can also increase their enthusiasm or popularity. As time goes on, the producer can also form a good relationship with the idols. Eventually, an idol can attempt to pass an audition, which can lead to a performance.

That first game led to quite a few sequels, a couple of anime series, and a handful of other media formats. Most of the anime series stuck to the ‘training idols’ theme. Although oddly enough, the first anime series in the franchise, Idolmaster: Xenoglossia (2007) decided to change the idols into robot pilots. Other [email protected] series were a bit more typical.