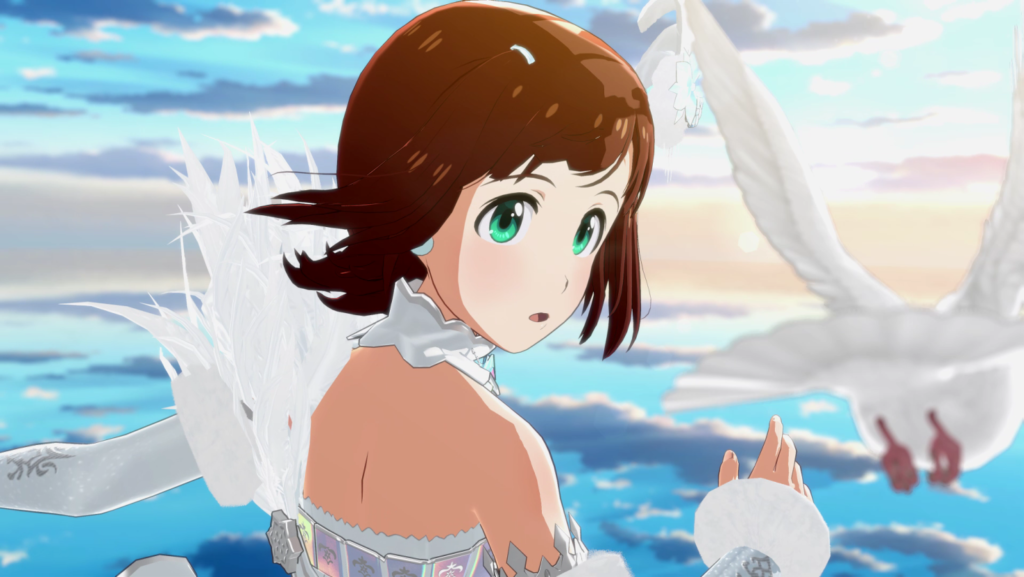 15 years. That’s how long Bandai Namco Entertainment’s idol-raising simulation game franchise The [email protected] has been around, ever since the release of the original arcade game back in 2005. In that time, the series has ballooned into a franchise, from a simple arcade game to a multimedia empire comprised of multiple game series, several anime and manga adaptations, thousands of distinct characters, and even a live-action Korean TV drama. It sounds like this calls for a celebration, and Starlit Season seems to provide just that.

Initially teased back in December but finally detailed in a new information Livestream on January 20, Starlit Season is the latest console game in The [email protected] franchise and is shaping up to be the biggest and best yet. Aside from numerous graphical and gameplay improvements, the game looks to continue the story of a much-loved character and will finally bring together characters from different subseries together in a home console title. What’s more, with a release slated for both PlayStation and Steam this year, there’s never been a better time to get into the long-running franchise.

On a technical level, The [email protected] Starlit Season marks a big step-up for the series in terms of visual fidelity and graphical performance. The new game will be using Unreal Engine 4 for the sake of “Production value that will make your heart skip a beat with its vivid sense of realness” (Bandai Namco’s words, not mine), some of which can be grasped when regarding the visuals in the latest trailer, also unveiled during the information Livestream.

It’s incredible to think how far The [email protected] game series has come in terms of visual fidelity. This comparison by Twitter user nokinAlice points out the visual leaps-and-bounds that the franchise has taken since the arcade days: the kind of flat, toneless models that were employed back in 2005 are hardly even comparable to the complex lighting and realistic skin tones that are possible in the year 2020. But even in comparison with the last two console games, Platinum Stars and Stella Stage, the improvement in graphical performance is palpable.

Speaking of other games, Starlit Season also looks to incorporate some of the best elements of other games in the franchise into its own gameplay systems. This might have something to do, of course, with the fact that several characters from some of the other games will be making an appearance in this game in a series first (which we’ll discuss later on), but regardless of why, what this means is that this latest game seems to be the most feature-complete yet.

Alongside the almost ubiquitous ‘Live’ rhythm game mode, there’ll be an ‘Audition’ mode that is presumably based on the turn-based RPG-like mode of the same name from the Shiny Colors browser game; a ‘Festival’ mode that will, again, presumably take a similar form to the mode of the same name in Shiny Colors, which pits players against each other in online battles; as well as interactive ‘Commu’ visual novel-like sections that have been a staple of the series’ mobile games ever since Cinderella Girls launched in 2011.

But all of the technical aspects of The [email protected] Starlit Season are not the reason why fans are so excited. True, upgrading the visual fidelity and fleshing out the game’s gameplay makes it sound a lot more attractive than the half-step that was Stella Stage, but it’s always been the characters who have kept fans invested all these years, not the gameplay or graphics. So, this latest game’s choices in character and overall narrative are no doubt the most important.

Firstly, in a move that has come straight out of left field, Starlit Season will be, at least nominally, picking up the story of the player-character where 2011’s The [email protected] anime by A-1 Pictures and The [email protected] 2, the PS3 and Xbox 360 title upon which the anime was loosely based, left off.

At the end of both the anime and the game, the player-character – known as ‘Producer’ – goes abroad (more specifically the United States) to study talent management and leaves the girls he had worked so hard to raise to stardom behind. But given that the game’s story is described as thus, we have to assume that his story is starting up once more:

“The player is a producer at the talent agency known as 765Pro, and the story starts just as he returns to Japan from training abroad. Upon his reunion with the company’s president, he hears that they will be taking part in a new, large-scale idol event known as the ‘Starlit Season,’ to which end a ‘special new unit composed of different idols from several different agencies’ will be needed. Thus, the president got in contact with many different agencies, and not long after his return, the Producer is given responsibility for the new unit…”

From this, we can quite clearly see that the ‘Producer’ of this new game seems to follow at least some sort of consistent narrative through-line from The [email protected] anime and The [email protected] 2 game. That’s not to say that this character will be ‘returning’ per se – the games have always preferred player agency and roleplaying over strict characterization – but at least some return to such a beloved character, no matter the form or extent, is a welcome move.

Even more exciting, however, is the fact that different idols from different subseries of the [email protected] franchise as a whole will be appearing in one home console game. The significance of this cannot be understated. The original thirteen ‘765Pro Allstars’ do appear in Million Live!, and the now-dormant Dearly Stars trio has appeared in other mainline [email protected] games, but never have the different series come together in such scale and numbers. As of the time of writing, three idols from the Cinderella Girls, Million Live!, and Shiny Colors series have each been confirmed, with five characters from each series in total set to make an appearance in the final game alongside the original thirteen.

Seeing all of these beloved characters come together on screen will no doubt be like a dream come true for fans, including myself. There is, however, one series that has been left out: The [email protected] SideM.

SideM launched in 2014 and is currently the franchise’s only male idol-starring subseries. It’s disappointing to see that they’ve been shafted for Starlit Season, especially given that the series’ 15th anniversary visual proudly displays the main male trio of that series next to all of the others, but it’s not totally unreasonable. Given that female characters far outnumber male characters in the franchise, it’s likely that the male idols of SideM would stick out like a sore thumb. Furthermore, the traditional audience for the console [email protected] games has always been male-dominated, and SideM enjoys more of a female audience, as you would expect.

Nevertheless, fans wouldn’t be too unhappy if Bandai Namco Entertainment added in the idols of 315 Production to the new game. Jupiter, the edgy all-male idol unit that now forms a core part of the subseries, originally began life as a rival idol unit in The [email protected] 2, and several songs and characters from the female-orientated series, such as Study Equal Magic! and Teru Tendo, enjoy as much popularity among traditional male fans as they do female. Perhaps they’ll be added in as DLC? We’ll just have to wait and see.

Starlit Season and the Legacy of [email protected]

Regardless, The [email protected] Starlit Season is shaping up to be a fine way to see in the franchise’s 15th anniversary. Aside from the numerous graphical and gameplay updates, the prospect of continuing the story of [email protected] 2 and the anime – however slight – along with seeing characters from different subseries finally sing and perform together is one that any fan of the series isn’t going to pass up any time soon.

Plus, the best thing for us in the west is that we’re not going to be locked out, as usual, by a Japan-only release: the game is releasing on both PlayStation and Steam, meaning that even if we don’t get an official translation (chances of which seem slight), mods and other fan tools will no doubt make this latest console release more accessible to the non-Japanese speaker. Furthermore, given that the game is going to feature several characters from the mobile games – which have always enjoyed great popularity in the west due to their accessibility – I’m confident in saying that there might never be a better way to get into the series, as well as celebrate its success, than Starlit Season.

Bandai Namco Entertainment will be revealing more information on the title this April. There’ll also be a special stage event at this year’s Taiwan Game Show that might deliver more information. In the meantime, you can check out the game’s official website and some of our other coverage of the long-running franchise.