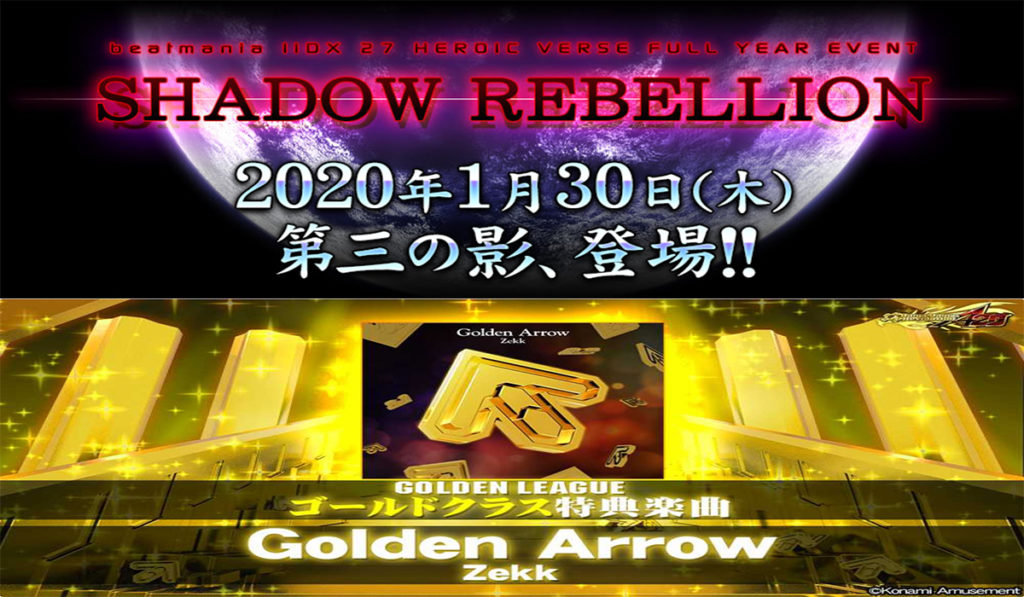 If there is one thing that recent Bemani games are known for, it is the plethora of content that they add throughout the lifespan of any given title. This applies to all of the games under the Bemani moniker, from beatmania IIDX all the way down to Nostalgia (RIP KeyBoardMania). Sometimes the songs they add in are absolutely fantastic, sometimes it might have been better if they were left out. Really. Wednesday, January 29th saw the addition of a new Golden League song by Korean fan-favorite ZEKK titled “Golden Arrow” in Dance Dance Revolution A20 which is a song that currently is exclusive to the Gold Anniversary cabinets which were released in the middle of last year. Also, today January 30th, they added the 3rd Shadow Rebellion song titled “Inferno of Fomalhaut” by fallen shepherd ft. ricono for beatmania IIDX 27 Heroic Verse. Needless to say, new content for IIDX and DDR is always good.

Now the artists of these two songs might sound familiar to you, and they should. Zekk has been featured on numerous albums from releases by MEGAREX and ATTACK THE MUSIC and well, fallen shepherd is just another alias for IOSYS’s ARM who gained popularity with their fallen shepherd alias on the track “ENDYMION” though DDR A.

The songs, well currently we’re only able to hear one of the songs, “Inferno of Fomalhaut” as it is much more accessible to the public compared to “Golden Arrow”. You can check the video for Inferno below.

As I had mentioned above, Konami releases new songs for all of their games on a fairly regular basis. We will do our best to keep you updated here on OTAQUEST about events and new song additions to the main-line bemani games as they get added, so keep your eyes open, there a bunch of new content for IIDX and DDR in the coming months if the past is anything to go off of!