Originally announced for January 9th, KONAMI has started the 2nd portion of the “HEROIC WORKOUT!!” event for their immensely popular beatmania IIDX 27 HEROIC VERSE title. The reason it was pushed back until today, January 23rd, is that the update which was pushed out over the e-amusement network kind of broke the game and made it an unplayable mess. But it WAS the first major update for the game where KONAMI was running 2 different types of cabinets, the standard IIDX cabinet, and the new LIGHTNING MODEL cabinet, which we had reported on when it leaked a while back. Mistakes were bound to be made.

The unlock game itself rewards players based on the types of songs they play. The goal is to fill up a gauge in one of 3 points focused on different elements that make up the note charts. For example, a scratch heavy song is focused on a different part of the gauge than a song that might have a lot of drumrolls or scales. It forces players to think about their song choices if they want to complete each portion. Room 1 of the unlock game took place in a gym, this time it seems as if “HEROIC WORKOUT!! Room 2” takes place outside in the world our characters inhabit. 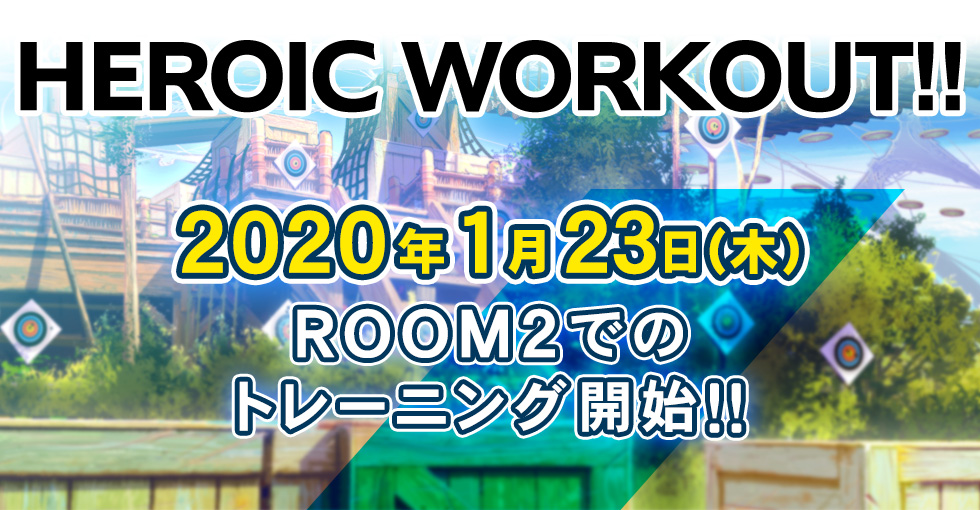 The update was successfully rolled out to beatmania IIDX machines across the world this morning, and players have gotten their hands on the new songs which have been added to the game. Let’s take a look at the songs they’ve added.

When I first saw the title, I was hoping, hoping so bad for a sequel to “Halfway of Promise” from IIDX 8th style. But as I heard the song, this couldn’t have been further from the truth. The song sounds like a more pop-rock version of the song from 6th Style “Silhoette of My Mind”. It starts out dark, then it gets bright, and then a bit darker. It’s an interesting song, to say the least. Maybe one day, we can find out what ALTANATIVE (Alternative) means.

When I saw the title for the song at first, I didn’t know the artist. I IMMEDIATELY thought it was a Eurobeat song. I was so happy. What can I say, this song is unique. Very unique. With its detuned square synths and tech-house beat with a hardstyle kick. I like it. It’s good.

I wanted to make a snarky comment about this song, but I can’t. It’s good. Xceon has been on a roll with his throwback style of trance that would only make sense in IIDX. I love though how the genre is JAZZ PIANO TRANCE and there are no more than 5 seconds of “jazz” in the song if you can even call it jazz. My guess is that the piano preset on his DAW was called “Jazz Piano” and that’s where it came from.

I want to start by calling Relect a liar. I asked him if he’s going to be in IIDX no more than a month ago and he lied to me. Lol. Real talk though, on a personal note, I am immensely proud of this kid. Fantastic job. Now on to the song. For those of you that have played Dance Rush Stardom, you will already be familiar with “Shiva”. The song slaps. It’s got that nice fat triple bass running in the background, it has portions of trap, it has psystyle, it is 100% good. Well done.

Ahh yes, the boss song of this portion of the event. Unlockable only after you have unlocked everything else there is to unlock. Similar to “Rave Patroller” on the first leg of this event, Lords is presented to the player with all three Normal / Hyper / Another level tracks at one time upon completing “Room 2” of the HEROIC WORKOUT event. The song is what you would expect from a DJ Mass MAD Izm* track. Lots of scratches. But now, they make it even more interesting by adding in HELL SCRATCHES in between. The song is catchy though I must say. It’s got this epic sounding overtone which I feel would fit a previous version of IIDX such as Spada rather than HEROIC VERSE. Unless this song is used to “introduce” the “evil” character that our “heroes” need to face.

All-in-all, I feel that this leg of the HEROIC WORKOUT event graced us with some good music. Which is far more than I could say about some previous events on other versions of the game. It will be interesting to see where KONAMI will take the sound of the game as they seem to be diversifying the sound of the music in the game again. You can be sure that we will be covering “Room 3” of HEROIC WORKOUT if and when it gets released similarly to above, so keep an eye out for that if / when it comes!