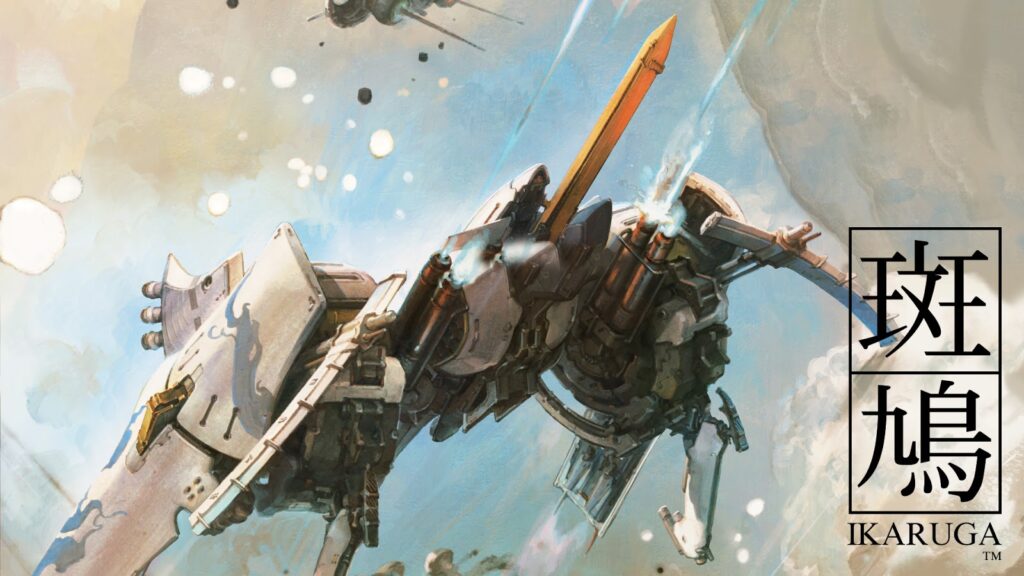 If you made a list of game studios whose games would become cult classics, Treasure would surely be on that list. Their first title was Gunstar Heroes for the Sega Genesis, which would go on to be considered by many as one of the best games on the system and of the era.

If that wasn’t impressive enough, the studio would continue to prove they weren’t a one-trick pony as they released other games that would go on to receive praise for their uniqueness. You can read more about the studio and its history here.

One of those games was the 1998 Radiant Silvergun, a SHMUP (shoot ’em up)/bullet hell that released to arcades and the Sega Saturn. It was heralded as a title that renewed interest in the genre and is still considered one of the best in the genre.

This was honestly a bit surprising as Treasure was mostly known for action platformers and side-scrollers such as the previous year’s Silhouette Mirage.

Although that game would be criticized for the changes made for its American release, it would be praised for its Silhouette/Mirage mechanic, which involved the player character switching between the two named elements to attack different enemies.

I didn’t mention the above titles by random selection by the way. Both would be crucial inspirations to the team as they began working on a new project that would become Ikaruga.

Born as a spiritual sequel to Radiant Silvergun and using the gameplay mechanic from Silhouette Mirage, this new game would debut in arcades as a unique title in the SHUMP genre and gain a larger following when it was ported to the Dreamcast.

As someone who never played SHUMPs and grew up with PlayStation consoles and around people with either a PlayStation or an Xbox, Ikaruga was nonetheless a well-known game.

Even after it was released in North America on the Gamecube, I always knew of it as “that hard Dreamcast game that an uncle of a friend of a friend had imported”. But as I didn’t have an interest in the genre I wouldn’t get around to trying the game out until years later as it released on more platforms. 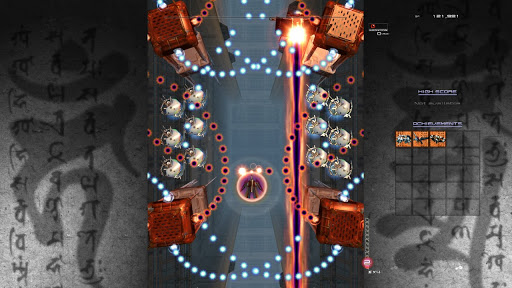 As challenging as the game is, it manages to achieve this with pretty simple game design. You play as a lone rebel pilot named Shinra (or two pilots if you play the co-op mode) fighting against waves of enemies with his the ship known as “Ikaruga”, which can switch its polarity.

The enemies and their bullets/lasers/weapons fall into two categories or “polarities”: black and white. This correlates with the game’s polarity system, which is the inspired mechanic from Silhouette Mirage.

Simply enough, you can switch your ship’s polarity at the press of a button. If your ship matches the same polarity as the weapons being used against you, instead of dying from one hit you’ll absorb and build up energy for the ship’s homing laser. The polarity mechanic can be used to create more safe areas for your ship instead of trying to find the perfect gaps to fill between enemy attacks.

Conversely, if you attack an enemy of the opposite polarity, you’ll do twice as much damage.

This adds a more puzzle-like aspect to the gameplay. On top of learning the patterns of the enemies and changing polarity to get by them, you’re tempted to use the opposite polarity against enemies when you can for more damage.

It’s important to know that this isn’t just a unique tacked-on mechanic. The power-ups that are commonly seen in games like this are notably absent, requiring a mastering of polarity switching to make it through the game.

As the polarity mechanic is such a unique feature and the foundation of the game, it can take a while to get used to and requires you to be aware of your surroundings at all times. I’m not ashamed (well, maybe slightly) to admit that I died from switching polarities too soon quite often at first.

And yet, it’s extremely satisfying to play. Even as enemy shots fill your screen you never feel that the game is cheap or unfair. Any deaths are undeniably your fault and it pushes you to improve and try again. Every screen becomes a new puzzle that’s for you to figure out. 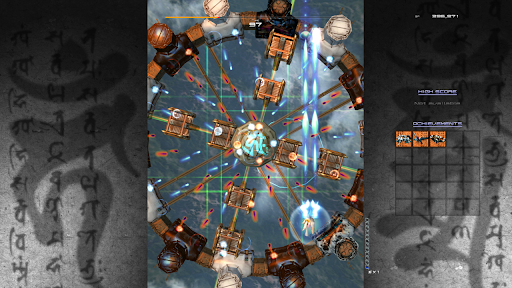 I’m not great when it came to chaining combos but even so, it’s wonderful to see the chain bonus increasing. Likewise, it’s incredibly fun to watch people play the game, whether they’re new and adjusting to the challenge or if they’re seasoned and fly around with a grace you wish you had. It certainly more than helps that the game is a visual delight with unique stage and enemy designs.

How Does It Play On The Nintendo Switch?

I can happily say that the game plays wonderfully on the Nintendo Switch. It has all the bells and whistles added in the ported versions of Ikaruga such as the Xbox Live version, with plenty of tweakable options and really fun stuff like recording replays, and leaderboards.

If you’re playing in portable mode there’s even an option to turn the Switch and play it in a true vertically scrolling mode to more properly emulate the viewing needed for a game like this.

This isn’t the only SHUMP game available on the Nintendo eShop of course. But, I’d argue that there isn’t any other game of the genre available on the Switch with as much of a legacy behind it, aside from the rail-shooter style Panzer Dragoon: Remake I suppose. Ikaruga’s port also proved to have higher reviews across the board on average.

Ikaruga is a game that I really enjoy playing when I get the chance, which says a lot as I really don’t enjoy many other entries in the genre. It’s not that I feel that the others are unfair or too difficult, but I’m rarely motivated to keep playing after dying repeatedly for an hour. But, Ikaruga is different.

It’s crafted with meticulous care to ensure the perfect challenge for players. And even when you improve and try to challenge yourself with an increased combo or with the harder game modes, you discover that the meticulous challenge is still there.

It hasn’t changed into a chaotic mess because of a tacked-on difficulty but increased its challenge by complimenting what’s already present. Whether you love or hate a challenging game such as this, it’s certainly worth a try to appreciate the work that went into it and to understand the love it has garnered for almost 19 years.