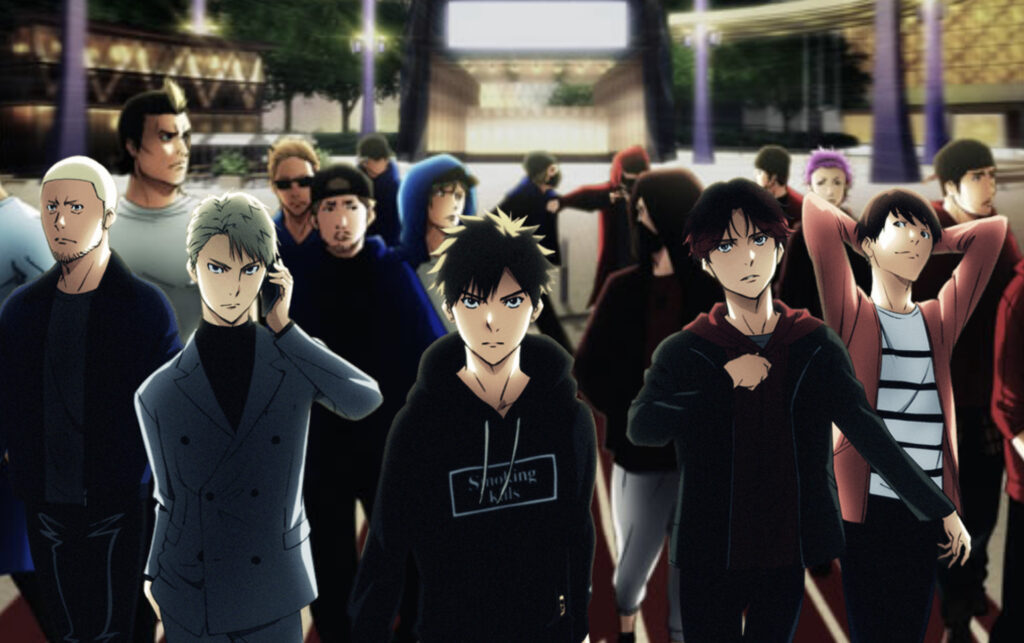 There’s one thing that confuses me about Ikebukuro West Gate Park episode 1. Why is an anime set in the bustling Tokyo city of Ikebukuro, set against a backdrop of gang warfare and drug-dealing, so boring?

Don’t get me wrong here, I’m not saying the episode is entirely without appeal. The opening minutes which showcase a mass gathering of the G Boys, a popular local gang based in Ikebukuro, and the drug-fueled craze of a man on the run, is a decent introduction of what the series is capable of, especially set to a narration describing the peaceful bliss of the city. The rest that follows has little to offer and does very little to draw me in and leave me wanting more. 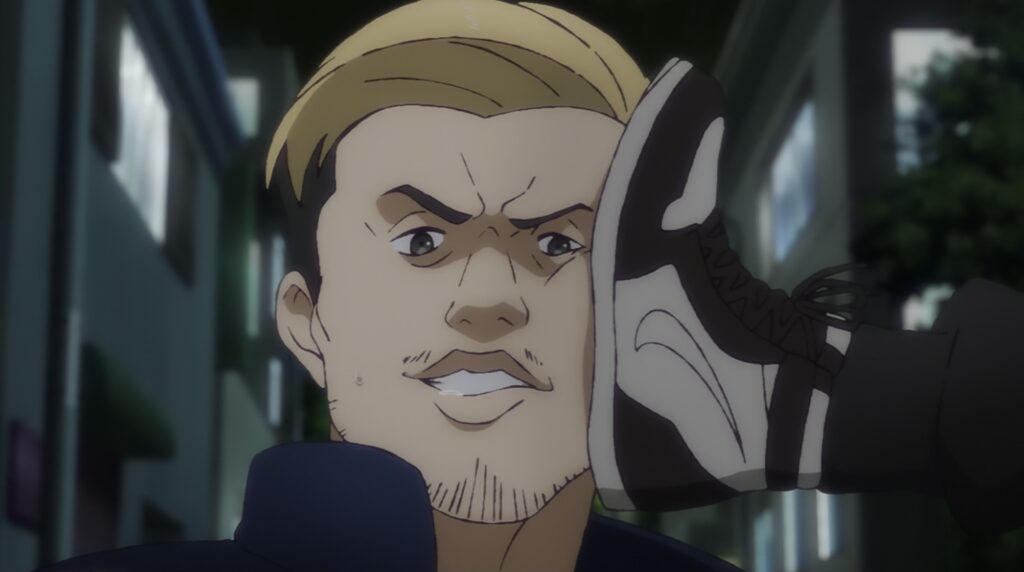 The premise of this self-contained episode is simple in order to introduce us to the main characters of the show. Makoto Majima is a lone ranger in the city of Ikebukuro, not affiliated with the G Boys but willing to be chummy with them and the police to help people on all sides. This supportive nature leads him to become involved with a 12-year-old girl who almost sets the not-so-subtly-named Smoke Tower ablaze, believing the drugged-up man who ran over their mother got drugs from the building.

There are two issues I have with this opening episode, one of which comes from characterization while the other comes from the premise itself. On the former note, while it may seem like an unfair comparison, it’s impossible not to watch a show about gang warfare in Ikebukuro without thinking of Durarara. 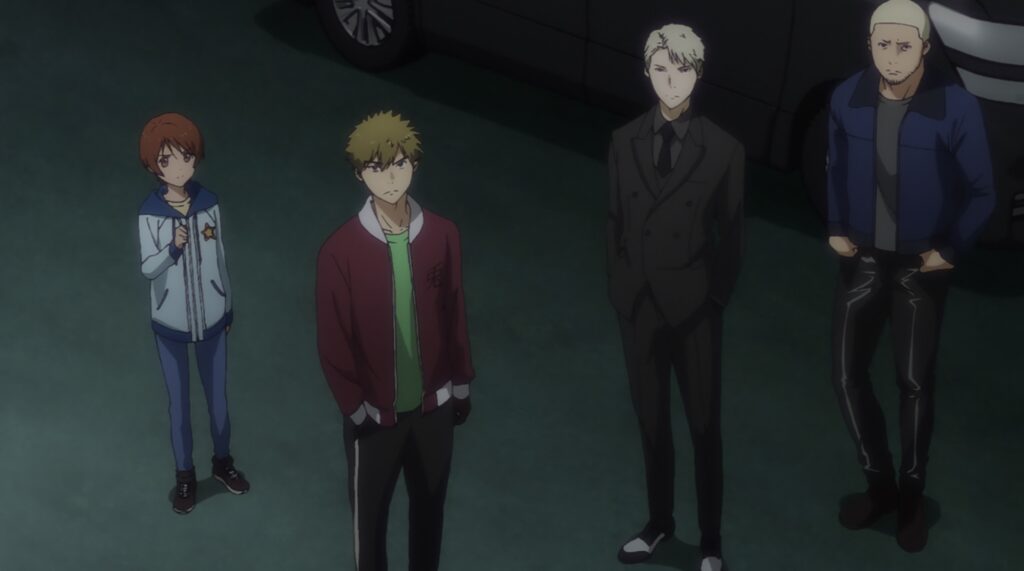 In comparison to the opening episode of Durarara, Ikebukuro West Gate Park episode 1 is unable to make you care for the city’s seedy underbelly and the mysterious events that happen behind the scenes. Even taking away Durarara’s supernatural elements that help set this show apart with it’s more realistic nature, that anime did a great job of using Ryuugamine Mikado’s move to the city as a way to introduce us to all the interconnecting forces that push and pull underneath the surface.

In Ikebukuro West Gate Park, you leave the episode struggling to care for any of the characters you just spent the last 20 minutes engaged with. While we spend a lot of the episode with Makoto Majima and the young girl, we also spend a lot of time with the head of the G Boys whose name I can’t even recall due to his uninteresting personality. Other prominent characters who only feature briefly but will clearly come back in later episodes such as the detective are equally forgettable. 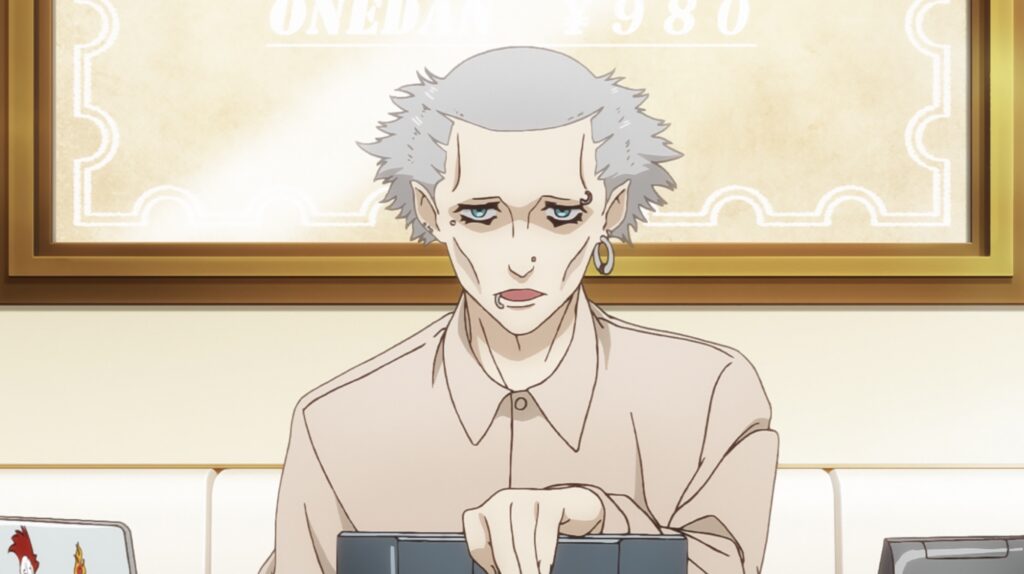 This links to my issue with the premise itself. While I’m not expecting anything crazy by design, it’s almost comical the way this episode handles drug usage in the framing of the show. While yes, I understand that drug usage is frowned upon far more in Japan, with even minuscule amounts of the stuff being enough to end a career, the idea that a criminal gang would take the same harsh line as the police to the point of helping them catch a suspect seems absurd.

Not only that, Ikebukuro West Gate Park episode 1 fails to make any discussion on the status of drugs and drug usage in Japan despite making it a core part of the episode, which neuters the episode completely. It feels so set on supporting the status quo on drugs in Japan that you could have told me this was a show created by the Japanese government as anti-weed propaganda and I wouldn’t bat an eye. 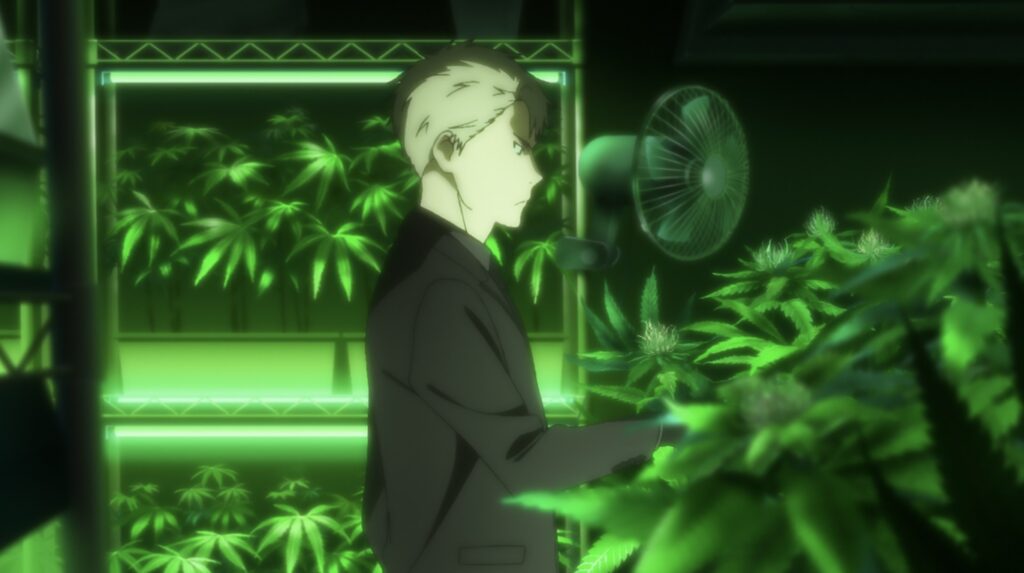 Between unmemorable characters and strange politics, this episode leaves me confused. With such a dull episode as this, why are the novels and 2000s-era J-Drama well-respected to this day? While it wants us to continue watching by leaving viewers with a teasing cliffhanger about the more powerful forces at play here, why should I care?

Nothing in this episode pulls me in, which is a major concern for the anime going forward.